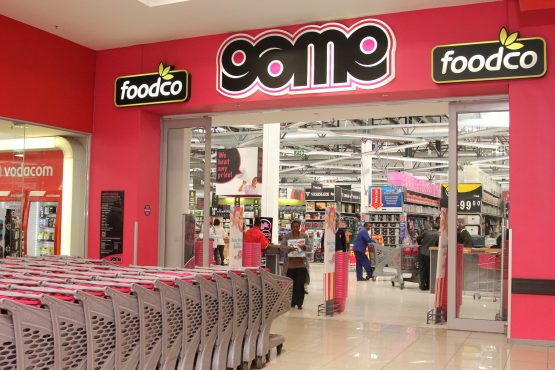 The Massdiscounters divison, which includes Game and DionWired, recorded a trading loss R675m, from a profit of R33m the year prior. Image: Moneyweb

Massmart has hit hard times, reporting an annus horribilis of a 2019 financial year.

The austerity measures don’t end there and included cutting costs related to hosting analysts and investors at its financial results presentation in Johannesburg on Thursday. With the group reporting its first-ever full year loss (R1.3 billion) since listing on the JSE in 2000, even its customary results presentation venue, the exclusive Hyde Park haunt of Summer Place, was canned this year.

Watch: What went right, and wrong, for Massmart

Instead, Massmart opted to hold the event at its head office in Sunninghill, just down the road from embattled Eskom’s headquarters. There were fewer participants this year too, many of whom did not stay for the samoosas, chicken rolls and cooldrinks on offer at the modest results affair.

Slape, who took over from Guy Hayward just six months ago, had told delegates earlier at the presentation how disappointed he was at the group’s full-year performance.

While the group reported an overall loss of R1.3 billion for the year to December 29, 2019, its headline loss came to R1.1 billion. This included the impact of new International Financial Reporting Standards (IFRS) 16 accounting rules. Due to the record loss, the group did not declare a dividend for the year.

The share price of Massmart, which runs retail and wholesale chains such as Game, Makro, DionWired, Cambridge Food and Builders Warehouse, closed at R45 on Thursday – more than 5% down.

This was despite the group warning the market of the anticipated scale of the loss in a trading statement a month ago.

Its share price has plunged almost 50% over the past year.

“Disappointing results” was Slape’s most-used phrase at the presentation, but in answering questions he at one point conceded that he was “embarrassed” by the performance of the old Massdiscounters division, which housed Game and DionWired.

While Slape highlighted SA’s challenging economic environment, “trading interruptions” such as load shedding, and changing consumer behaviour as issues affecting the overall retail sector, he wasn’t shy in admitting that some of Massmart’s woes were of its own making.

One of these was the failed foray of its Game division into fresh food, in an attempt to take on established peers like Pick n Pay and Shoprite.

Read: Game over for fresh food at Massmart’s biggest chain

Massdiscounters, with 150 Game stores (122 of which are in SA) and 23 DionWired stores, was Massmart’s biggest loss-making division. It recorded a trading loss R674.6 million for the year, from a R32.6 million profit in 2018.

Masscash, which historically housed Massmart’s Jumbo and Rhino cash and carry chains as well as Cambridge Foods and the Shield buying club, reported a loss of R501.8 million.

Massmart moved both the Massdiscounters and Masscash divisional head offices from Durban to Johannesburg last year, which also contributed to disruptions in these units, relocation costs and related staff costs.

As part of its turnaround plan, the group is looking at closing 34 DionWired and former Masscash division stores, which could affect some 1 440 jobs. A Section 189 process is currently underway and Slape says the group is having constructive engagement with unions.

“While we are looking at closing the poor-performing DionWired stores, we don’t have any current plans on the table around rationalising stores within the Game chain,” he told Moneyweb.

“Besides removing fresh and frozen food from Game and replacing this with apparel and categories, which is what it was known for in the past, we want to get back to basics and believe we can fix this business,” he said.

“We believe the Game chain has not been operating optimally.”

Veteran retail analyst Syd Vianello says Massmart faces the same predicaments around the poor-performing SA economy as all other retailers, however, addressing the losses within Massdiscounters and Masscash will be a huge internal task for Slape.

“Given the magnitude of the losses, huge challenges like that can’t be solved overnight. It could even take years and you’ve got to remember that shutting down stores and retrenchments also come with costs…. The losses also mean that the group will face higher gearing levels,” he notes.

Slape, meanwhile, did not give an exact timeframe on when he anticipated Massmart would likely return to profitability. However, he did say the turnaround “journey could take up to three years.”

Listen to Ryk van Niekerk’s interview with Mitch Slape:
Get access to Moneyweb's financial intelligence and support quality journalism for only
R63/month or R630/year.
Sign up here, cancel at any time.

No sympathy. They had it coming. You don’t enter the South African market with promises that your prices, especially food, will be better than any other in the market and drop the ball with prices exactly the same or even higher. We as consumers aren’t stupid and we’ll punish you at the tills.

not a specialist in this field at all, but whilst the economy was already indicating one way downwards,i still can not understand the reason for massmart opening the massive cornubia makro branch whilst a few kms south to durban there is a makro.

A lot of retailers caught “new mall fever” and opened too many stores too quickly. First to be caught out was Edgars, now Game.

The Makro/Builders division can still break even because there aren’t so many stores. Being stand-alone buildings their rentals are probably much more favourable than being in the expensive malls.

Dion Wired opened some stores in lower traffic upmarket suburban malls. This probably didn’t work out. I walk past the store in Nicolway every day and there are often no customers inside.

Every day there is bad corporat enews…Sasol dividend, Hyprop, Distel, Massmart…corporate South Africa is dying . ANC policies have failed hopelessly….and the rich and skilled are fleeing the failed state.

Corporate tax collection must be down a huge amount. It is very surprising the VAT rate was not increased, the numbers pointed towards it.