Following criticism companies with larger or more entrenched operations in Russia are starting to relent.
By Leslie Patton and Brendan Case, Bloomberg  9 Mar 2022  07:14 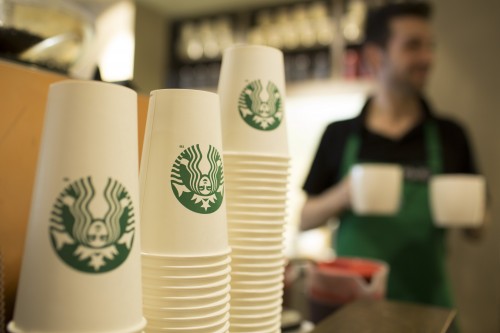 McDonald’s, Coca-Cola and Starbucks are temporarily halting business operations in Russia amid an intensifying backlash since the invasion of Ukraine started nearly two weeks ago.

The iconic US brands, seen around the world as the face of US capitalism, announced their decisions in a flurry of announcements on Tuesday afternoon, joining hundreds of other global companies that have halted work in Russia since the war began. PepsiCo said it would suspend soft drink sales in Russia but would continue to sell daily essentials such as milk and baby formula.

After days of criticism on social media, companies with larger or more entrenched operations in Russia are starting to relent as the death toll rises in Ukraine and millions of refugees flee. The moves to step back from Russia will further isolate the nation of 144 million people, which is the world’s 11th-largest economy.

Some companies’ withdrawal makes it easier for others to do the same, given interconnected supply chains, said Gene Grabowski, a partner at communications firm KGlobal. Coca-Cola, for example, is a supplier for McDonald’s, so McDonald’s action deprives it of a major client in the country.

A worker collects a food order for table service inside a McDonalds Corp. restaurant in Moscow, Russia, on Wednesday, June 30, 2021. This week Moscow introduced new rules to require proof of vaccination, recovery from Covid-19 or a recent negative PCR test in order to dine indoors.
“What you’re seeing is a confluence here. Now it makes business sense,” said Grabowski, who has more than 30 years of crisis-management experience. “Now there’s a business argument as well as an argument of conscience.”

Here are some of the other major companies that have recently announced a scaling back of Russia operations.

Cowen analyst Andrew Charles said last week that the exposure to Russia and Ukraine is “immaterial” to McDonald’s even though it represents about 9% of the company’s revenue. That’s because the countries account for less than 3% of operating profit, or $311 million of the $10.4 billion in operating profit that McDonald’s reported last year.

James Rutherford, an analyst with Stephens, said that McDonald’s decision to forgo sales and continue paying staff “could temporarily cause a more pronounced impact on operating income than the 3% operating income mix would suggest.” However, this may be at least partially offset by the decline of the ruble versus the dollar, he wrote in a research note.

“As a food and beverage company, now more than ever we must stay true to the humanitarian aspect of our business,” Chief Executive Officer Ramon Laguarta said in a memo to employees. “That means we have a responsibility to continue to offer our other products in Russia, including daily essentials such as milk and other dairy offerings, baby formula and baby food.”

Tuesday’s wave of departures follow earlier announcements by companies including Nike and Apple It’s proven hard for big global brands to walk away from decades of brand-building that date back to the fall of the Soviet Union, according to Jeffrey Sonnenfeld, a Yale University business professor

“A lot of the consumer-goods companies were waiting until the 11th hour, they were late to the party, and there were reasons why,” he said in an interview. “They were afraid, having worked so hard to build these iconic brands.”