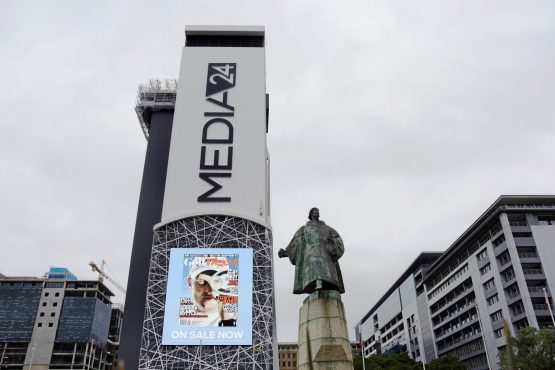 The decision follows the successful appeal by Caxton and CTP Publishers and Printers Limited against Novus’ listing in 2015. Caxton argued that the listing effectively gave Media24 sole control over Novus and therefore should have received approval from competition authorities as a merger.

The Competition Tribunal initially dismissed Caxton’s application, but an appeal was upheld by the Competition Appeal Court. Under the ruling, Media24 had to notify the competition authorities of a change of control.

The condition is subject to final approval by the Competition Tribunal, but in a joint Sens announcement issued by Naspers and Novus, Media24 indicated that: “If the Competition Tribunal approves the merger condition, Media24 will unbundle the majority of its shareholding in Novus to the shareholders of Naspers, its ultimate holding company. The unbundling will be implemented as soon as reasonably possible after the approval date.”

This will be achieved by Media24 distributing the required holding to its parent company. Naspers will then distribute these shares as a dividend in specie to its shareholders.

In return, Media24 will receive cash for the value of the holding. Part of this will be distributed as a special dividend to shareholders of its BEE shares, Welkom Yizani, who collectively own 15% of the company.

Media24 noted that it welcomed the conclusion of the Competition Commission’s investigation, and despite the proposed unbundling it remains committed to its print media operations. It noted that these remain a core part of its portfolio.

Caxton’s non-executive chairman, Paul Jenkins, told Moneyweb that he believed the decision by the Competition Commission was a vindication of Caxton’s objections.

“Even though the merger has been approved with conditions, the condition is the divestment of the very asset they were acquiring,” said Jenkins. “That means we will no longer have a situation where the biggest publisher in the country owns the biggest printer, and that should hopefully open up the market to more competition.”

He noted that print contract between Novus and Media24 was previously expressed to be exclusive. However, that exclusivity terminates if Media24 no longer owns Novus.

“Presumably that opens up the print market,” Jenkins said. “And therefore I am delighted. It’s a good day for the industry.”

Media24’s CEO Esmaré Weideman had not responded to request for comment by the time of publishing.