Mediclinic management is bullish about the group's operations in the Middle East, but has a few regulatory hurdles to overcome in Switzerland. Picture: Supplied

South Africa’s third largest hospital group, Mediclinic, has seen its interim results to September 2018 fall on the back of Swiss regulatory reforms. CEO Ronnie van der Merwe says the first half figures were “disappointing” with revenue down 1% and earnings per share falling by 9% to 10.3 pence.

For the period under review, operating profit for the group fell 15% to £137 million. Referring to the Swiss setback, Van der Merwe says the group is acutely focused on adapting its private hospital group, Hirslanden, to reflect the future healthcare environment. “Steps have been taken to improve the current financial performance through securing revenue growth, reducing costs and driving efficiency savings in different areas of the business. These, together with customary seasonal benefits, are expected to support the delivery of improved performance in the second half,” he says.

The regulatory issues in Switzerland include the introduction of six clinical procedures that will move from inpatient tariffs to outpatient tariffs from January 1, 2019. However, Van der Merwe revealed that outpatient tariffs had been adopted as early as July 2017 in some cantons, with the result that there were more extensive lists of up to 16 procedures.

Neil Brown, co-head at Electus Fund Managers, says the second half of the year is winter in Switzerland and usually means increased patient volumes in hospitals. “However, the increased regulation will still be bad in the second half. Management has mentioned a cost-cutting exercise which should help, but it will still not be enough to offset the negative effect of the regulatory issues,” he says.

In the Middle East, the Mediclinic Parkview Hospital in Dubai was completed on time and within budget, opening its doors in September this year with 182 beds. Jurgens Myburgh, chief financial officer of Mediclinic, says because this hospital opened so late during the period under review, its contribution to revenue has been minimal. Revenue inched up 5% to (United Arab Emirates dirham) AED 1.495 billion and operating profit climbed 27% to AED 66 million.

Management was quite bullish regarding operations in the Middle East, saying that this was a ‘growth engine’ for the group. Brown says the region should have a reasonable growth rate in their hospitals, especially now that the Thiqa healthcare system for Abu Dhabi residents has been stabilised and Mediclinic has completed its restructuring. The Thiqa system was set up in 2007, with the Abu Dhabi government providing comprehensive medical coverage to all UAE nationals residing in Abu Dhabi. This initiative works through network of partner providers. In terms of the region being a growth engine, Brown cautions that the Middle East is still dependent on oil for revenue and that the declining oil price is a negative.

Locally, the South African operations appear to be ticking along smoothly. Volumes were negatively affected by the timing of the Easter holiday period and other public holidays, as well as a weak macroeconomic environment. Revenue rose 5% to R958 million on the back of strong performance in the first quarter offset by fewer pneumonia and bronchitis related cases during the winter. Bed days sold increased by 0.5% and average revenue per bed day increased by 4.4%.

I can understand that the Swiss government is turning on the screws of private healthcare providers. The prices these guys charge is simply ludicrous. I went for a dental implant the other day. After 2 hours I walked out with a bill of R16,000 which I had to settle immediately on cash. 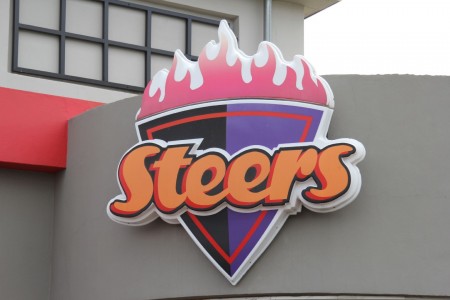