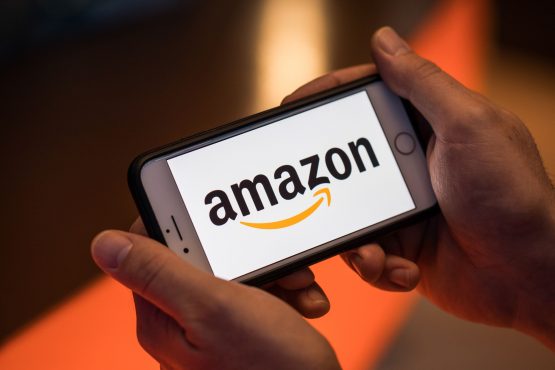 Futures on the S&P 500 tumbled 2% and Nasdaq 100 contracts were down 2.3% as of 6:45 a.m. in London. Stocks had rebounded from the worst selloff in four months during the cash session ahead of the slate of megacap results.

The slide follows a red-hot run this year that saw the tech giants help haul US equities to new highs amid a rampant pandemic and severe economic downturn.

“As we’ve seen in reactions from some of the earnings from these large companies even beats are not strong enough to satisfy this market, which I think speaks to how fully valued a lot of these stocks are,” said Evan Brown, head of multi-asset strategy at UBS Asset Management. The quartet of reports comes after a wild two days for megacap tech. The Nasdaq 100 plunged 3.5% for the biggest rout in four months Wednesday before rebounding almost 2% in Thursday’s cash session.

While the companies continue to deliver strong earnings, investors have turned their focus to whether a slower-growing economy will enable profit growth that justifies sky-high valuations.

Facebook was little changed even after sales topped estimates when it warned of continued uncertainty due to Covid next year and said plans to spend heavily on employees and new technology. The social network makes up more than 4% of QQQ’s holdings.

Apple reported quarterly results that topped Wall Street estimates after record sales of Macs and services made up for a delayed iPhone 12 launch. But its shares dropped almost 5% after the firm revealed iPhone revenue missed the average of analysts’ estimates.

Amazon lost more than 1% after it said it planned to spend more than analysts estimated related to Covid-19. Otherwise, the online retailer projected a steep jump in sales in the current quarter, topping analysts’ estimates, indicating it expects the surge in online shopping during the pandemic to extend through the holiday season.

Twitter Inc. also reported Thursday and its shares got hammered on concern about its user growth. Third-quarter sales exceeded estimates and results were boosted by a return of advertisers who had fled or pulled back from the website during the early stages of the pandemic. The stock lost 14%.

Alphabet was a bright spot, rallying 8% after it returned to growth in the third quarter after a decline in the previous period, fuelled by digital advertising. The Google parent reported third-quarter revenue, minus the cost of distribution deals for its search engine, rose 15% to $38 billion.

The results failed to soothe concern that the rally in tech shares has gone too far, too fast. Optimism that their ability to cater for stay-at-home demand would help insulate the industry from a broad profit slump during the pandemic has sent their shares up 24% as a group since the start of the year, about 10 times as big as the S&P 500.

“It tells us that even though these stocks are below their late-summer highs, they’re still expensive,” said Matt Maley, chief market strategist at Miller Tabak + Co. “So unless they beat expectations in a significant way, investors are taking further profits. Who can blame them, given that the capital gains tax is going to rise if Biden wins next week?”

This earnings season has been particularly harsh for internet and software companies. Broadly, better-than-expected results got no rewards, but tech fared the worst among major S&P 500 industries, with shares of those reported falling an average 3% the next day post results, data compiled by Bloomberg showed.

Since the reporting season started two weeks ago, tech stocks in the S&P 500 have dropped more than 7%, the worst performance this far into an earnings cycle in more than a decade.

Looking at the S&P there seems to be a rebalance going on. Historically the S&P and the S&P Equal Weight indices looked like a sosatie, but this year the Equal Weight was WAY below. That is changing – the megacaps losing and the other 490 gaining (relative)