Metair may scrap its plans to split into two 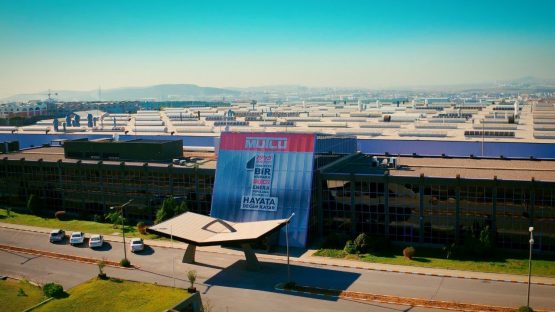 JSE-listed automotive components and energy storage solutions manufacturer Metair Investments is considering scrapping plans it had to split the business in two to release shareholder value.

Metair CEO Riaz Haffejee said on Thursday a strategic review will be completed by the third quarter of this year and a decision will be made about the splitting of the business and the direction the group will follow with regards to lithium-ion technology.

“The original thought was that we would sell the energy storage vertical and release shareholder value.

“We are now looking at a review of that thought process because there are some changes during Covid-19 that we think could impact that decision,” he said.

Haffejee said the review was necessary because government regulators, mainly in Europe, have changed their timelines for green energy and green manufacturing, resulting in all the major vehicle manufacturers around the world pulling forward their plans for electric vehicles (EVs) by about four to five years.

“We have access to technology and IP [intellectual property] that could lead us into a very good direction in the future and think there is good scope for further investigation.

“We really want to be thorough about what we do and have the ability to be part of that exciting forward view. That is the aim,” he said.

Haffejee said the lead acid battery market is robust and growing and those companies are performing well for Metair at the moment.

But Haffejee said they want to review how and what these companies do and by the third quarter of 2021 “we will have a pretty good idea about our future” and “an understanding” about the possible splitting of the group.

Metair’s lithium-ion production facility in Romania was completed at the end of 2019, but the group was unable to commission it as planned due to the various restrictions imposed as a result of Covid-19.

The group has highlighted the strategic importance of this facility as an incubator to build the group’s IP in the development of bespoke chemistries, technologies and manufacturing facilities, as well as positioning Metair as a potential development partner for original equipment manufacturers (OEMs) in pursuit of their own technological advancement.

Haffejee said they kick-started the commissioning at the end of last year, will have all the equipment commissioned by the third quarter of 2021, and would like to have the first cells produced in the fourth quarter of 2021.

Metair chief financial officer Sjoerd Douwenga stressed that Metair does not want to invest any capital in new technology if it is not under the certainty of offtake agreements.

“On the back of securing business, we would be comfortable to spend the capital required to support that business but we are not going to front load any capital unless we have secured an offtake agreement for a period of time,” he said.

Haffejee does not anticipate any immediate threat to Metair’s liquid acid battery business because of a change to new technologies.

He said 99.9% of vehicles today have lead acid batteries and most of them have internal combustion engines.

He added that electric vehicles currently account for only about 15 million of the about 1.4 billion global vehicle parc but EV’s share of the market will probably grow to about 20% by 2030 through a shift to hybrid or fully electric vehicles.

“But this means the vast majority will still have lead acid batteries. Lead acid battery replacement in the aftermarket only happens after five, six or seven years of the car being on the road.

“So for the next 10 years at least, there will be growth in the lead acid battery business worldwide and we see that growth lasting potentially until 2035 and then there will be a switch over.

“We are really well positioned to take advantage of that gradual change because that supply chain is our speciality,” he said.

Haffejee said Covid-19 disrupted Metair’s business in the first half of its financial year, especially the second quarter, but it started to recover in the third quarter and made “a great recovery” in the fourth quarter where volumes in both the automotive components and energy storage vertical were probably the same or slightly better than 2019.

He said 2021 had started positively and the business is performing reasonably so far.

Group revenue declined 9% to R10.3 billion in the year to December 2020 on the back of the decline in vehicle demand in the first half of the year.

Group operating profit dropped by 45% to R561 million because of the squeeze on margins and under-recovery of fixed costs in production.

Headline earnings per share recovered to 148 cents from the loss per share of 56 cents in the first half of the financial year but was still 66% lower than the 336 cents in 2019.

Douwenga said the group continues to engage with its insurers to clarify the potential claim value of a business interruption insurance claim related to Covid-19 in South Africa.

He said Metair’s insurance claim is capped at R50 million, which is far below the cost to the business of the interruption experienced.

“We are in discussion with the insurers and the claim has certainly not been repudiated. We are confident that we will be successful but just need to follow the process,” he said.

A clear indication that South Africa is going to capitalize on the worlds redundant technologies. EV are not planned for take off in SA anytime soon as the taxi business ( our only mass public transport system, thanks to the BEE demise of Transnet) is here to stay. Toyota SA will continue to dominate this market and Toyota’s global hybrid strategy will allow Metair to retain a segment of the battery market. Just my opinion.

The Navigator 10 months ago