Momentum Metropolitan however says it will appeal the finding.
By Patrick Cairns 2 Oct 2019  10:47 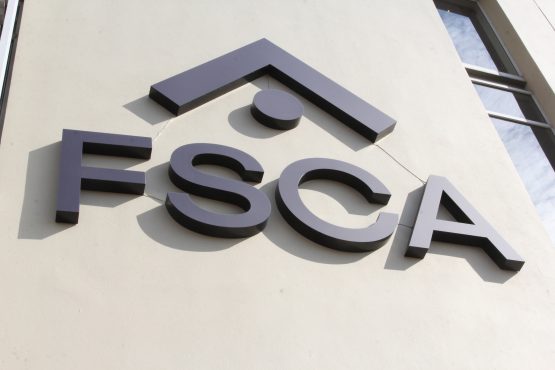 The regulator concluded that, as the management company responsible for the fund, MET Collective Investments (MetCI) did not meet its obligations under the law.

“The FSCA found that MetCI did not have proper risk management processes in place to manage and exercise proper control, oversight and governance over the fund,” the regulator noted in announcing the fine.

“It also found that the extent of the fund’s exposure to derivatives was contrary to the prescripts of the relevant financial sector laws as well as the fund’s own investment policy statement and mandate.”

Moneyweb broke the news of the fund’s losses in early 2016, after analysing unit trust returns for the previous year. It soon became clear that Third Circle had been employing extensive derivative structures that the fund was unable to unwind in a bout of market volatility triggered by former President Jacob Zuma’s firing of then-finance minister Nhlanhla Nene.

Moneyweb’s investigations also revealed a number of concerns that should have been picked up and mitigated sooner. In particular, the volatility shown by the Third Circle fund was significantly out of line with both its peers and its stated mandate.

Read: Were there red flags before Third Circle’s dramatic losses?

MetCI also took some time to conduct its own investigation, before concluding that the way that Third Circle, and fund manager Ian Lane, had structured the fund went “beyond industry practice”. It removed Third Circle as the manager of the funds In July 2016.

When making this decision, however, MetCI still insisted that while it felt that the risk exposures in the fund were inappropriate, the portfolio was compliant with regulation. The FSCA has however now concluded that they were not.

“MetCI was found to have breached the exposure limits, in that the fund was predominantly exposed to derivatives and it did not have the cover in place as prescribed by financial sector laws,” it stated.

“MetCI was also found to have published misleading statements in certain minimum disclosure documents (MDDs) that it published, in relation to the fund. It stated that the fund was predominantly invested in cash and the money market, whereas the fund over a period was almost wholly invested in derivatives. This, the Authority found, was misleading as the MDDs did not disclose the nature of the Fund as well as risks associated with the fund.”

In its submission to the FSCA during the investigation, MetCI did acknowledge shortcomings in its risk management procedures. It has therefore accepted some liability.

However, Theo Terblanche, the executive head of retail investments at Momentum Investments says that the company disagrees with the extent to which the FSCA has found against it.

“We will definitely be appealing the decision,” he said.

We bought a Put, we bought a Call, and in the end, we had f-all.

Trying to hold financial “professionals” responsible for their “work” is futile.

All the mayor financial catastrophes were just shifted on the tab of the poor taxpayers and clients.

Wonderful to be a fin guru!

Of course, we are going to appeal. Who should we screw, if not our customers?

Government watch dogs are quick to fine Corporates when they transgress (The bread debacle involving Tiger Brands and many others comes to mind) however slow if ever to react when Ministers and Local Councils transgress. The Zondo commission is costing us the tax payer millions, yet no one has been brought to book. The wool is being pulled over our eyes. The Double standards practiced in this country is frightening!

You are mixing two unrelated issues.

okay, so what? Should this be ignored? There are plenty of zondo articles to moan about lack of accountability. No need to bring your complaints here when cowboys are being brought to book.

I’m referring here to double standards..nothing more,nothing less..when is your birthday? I’m more than willing to buy you a pair of glasses to read and re read..judging by the