Mission impossible for MTN in Nigeria

It has to match half its subscribers to their ID numbers or risk having them block the from its network by year-end.
By Larry Claasen 18 Dec 2020  13:40 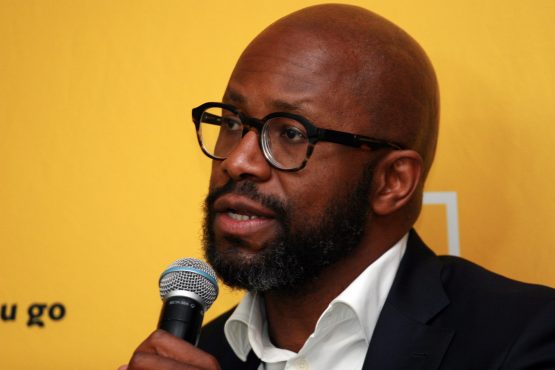 MTN is in a race against time to get about half its subscribers to comply with the Nigerian government’s stipulation that their SIMs be connected to their ID numbers by the end of the year.

The latest ruction in the group’s largest market saw its share price fall over 7% to R61.44 on Thursday.

The problem is that there are only about 42 million Nigerians with NINs. Of this, about half are MTN subscribers. According to MTN’s latest quarterly update it has about 75 million subscribers.

Outgoing MTN Nigeria CEO Ferdi Moolman cautioned during a conference call with investors that the “full verification process” of how much of its subscribers have NIMs still needed be done and that it was just assuming that half of them did not have them.

In spite of the challenges, the minister, the Nigerian Communications Commission, the National Information Technology Development Agency, the National Identity Management Commission were committed to the registration process.

“After the deadline, all SIMs without NINs are to be blocked from the networks,” they warned in a statement.

MTN Group CEO Ralph Mupita put on a brave face during the call with investors, saying it was working with the Nigerian authorities and in the end could benefit the operator over the long-term, as it would improve its ‘know-your-customer’ processes.

Even so, by its own admission, MTN acknowledged it won’t meet the deadline. Despite getting a licence to register NIN’s and 14 000 devices to do so, it can only process four subscribers an hour.

With the deadline clearly going to be missed, mobile operators are now lobbying for a six-month extension. The operators call have been echoed by the country’s lawmakers who passed a resolution on Wednesday in the House of Representatives calling for a 10-week extension.

MTN, which has had numerous disputes – costing it billions of rands – with the Nigerian authorities over the years, was at pains to say it was working closely with the said authorities. It was even on a state lead task team, which will assess if the implementation can be done in two weeks.

Can be done in four months

Incoming MTN Nigeria CEO Karl Toriola says if the deadline were extended it could register all its subscribers in as little as four months.

Though MTN’s earning are certain to be hurt if it is forced to deregister a large portion of its subscribers, it pointed out that there some factors that mitigated against this loss. Mupita pointed out during the call that the majority of its business was generated by its “higher value”  subscribers, who either have NINs or who are easy to register.

See another $5 billion fine coming, pull out already because you are being MILKED…

Not really. Non compliant customers will be disconnected.

This is across all networks.

Mtn have done nothing wrong. MTN has a license to generate IDs.

Nigeria is using the network to get NINs in place.

Also, without Nigeria MTN is valued at R70.

JP Morgan values it at R90.

Worst case, Nigerians will not have access to Cell communications and Data.

How long will the Nigerian people accept this?

It could affect government also.

The problem is not MTN -it is Nigeria and its bankrupt government. It has triple the population of South Africa( also Italy France and the UKs combined) and a GDP that is laughable for 200 million people especially as they have had the headwind of oil and independence for the last 60 years.

Nigeria is the epitome of a failed state-dirt poor, high crime, low growth, no governance. MTN has tried hard here-only to be robbed blind by the desperate bankrupt government. They don’t care if phones are registered or not-they want to steal money from MTBN as they have broken the country.

I thought MTN sorted this out when they were fine a couple of years ago!!!
When will MTN learn? This is one stubborn company

Nice time to buy MTN. Use the weakness as an opportunity to buy again at R60. If the Nigerian government gives the extension of 6 months. The share price will shoot back up over R70.