Insurer goes back to basics, addresses costs bases and attempts to set itself up for growth.
By 6 Sep 2018  00:09 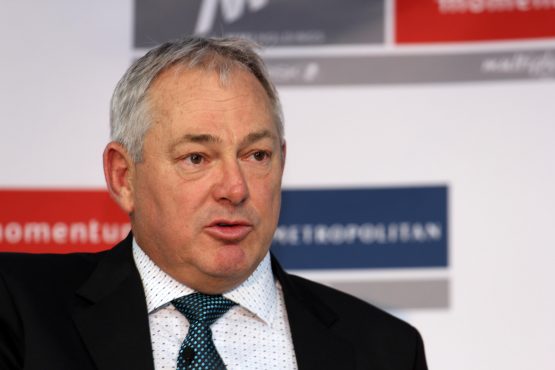 MMI CE Hillie Meyer is confident that his team can turn the beleaguered insurance group around. Picture: Moneyweb

MMI is hitting reset, after delivering yet another set of disappointing results.

For the year to June 30, 2018, the insurance group reported a 12% decline in core headline earnings per share to 176 cents, compared with market expectations of 191 cents per share.

New business volumes increased 1% to R42.2 billion on a present value-of-new-business-premiums basis. However, the overall value of new business fell by 45% to R301 million, pushing new business margins down to 0.7% from 1.3%. MMI says margins were negatively impacted by expenses – including new investments – increasing at a faster rate than sales, the repricing of products, and a “more realistic treatment of expenses that were previously classified as unallocated”.

In a review of its financial performance, the company said improvements in margins will be driven by improvements in the productivity and scale of its distribution capabilities and a reduction in operational and infrastructure costs, all of which require consistent product development and the provision of better client services.

The envisaged improvements form part of the objectives laid out by the group’s new chief executive Hillie Meyer, who, in delivering his first set of annual results, detailed a two-pronged reset-and-grow strategy.

Meyer – the highly rated former chief executive of Momentum, which merged with Metropolitan to form MMI – took the reigns of the embattled insurer in February (having signed a three-year contract), and has been tasked with turning the group around.

He told analysts that he and his new management team would reset the business by addressing its current shortcomings and aligning its cost base with its revenue. It will also honour previously stated commitments to renew its focus on South Africa and exit non-performing African markets.

“We know that we are reporting disappointing financial results. In spite of the strategic reset and the senior management changes, we now have a more stable environment and I have no doubt that we can turn MMI around.”

Although his promise of a turnaround echoes those of his predecessors, he says it is different in four key areas.

Firstly, MMI’s business model is being changed to empower business units to operate more efficiently and more effectively. “The centralised business model was implemented in 2014 and it is no coincidence that MMI’s fortunes started slipping at that time,” he told Moneyweb, adding that employees felt disempowered by the centralised structure. The group is also being more open with staff about the state of the business and its strategic initiatives and outcomes, and in ensuring compliance with financial disciplines (requiring, for example, that staff treat shareholders’ money with the same respect as their own money). Finally, he says MMI is taking a more practical and less theoretical approach: “we are not putting our hopes on some business unit or product line bailing us out. We are fundamentally improving client services.”

Meyer is targeting growth in headline earnings of between R3.6 billion and R4 billion by 2021, from the R2.8 billion achieved in 2018.

According to Adrian Cloete, a portfolio manager at PSG Wealth, the target is realistic in that it appears to have been built from the ground up and because the group assumed that revenue growth will be difficult to achieve. “They could exceed the target. They wouldn’t want to disappoint the market so there is some margin in that target.”

Highlighting Meyer’s successful track record in the financial services industry, he also welcomed his honesty and transparency about the financial results and the issues vexing the group. “It is very good that management is honest, it gives them credibility and shows that they can fix the business. The first step is to admit that there are problems, rather than making excuses, and then fixing those problems,” he said.

Cloete also noted that MMI is trading at discount to embedded value, which the group restated at R25.43 per share down from R26.51 per share in 2017, saying that the market is likely to be underestimating the new management team’s potential to turn the business around.

Earlier this year, MMI revised its dividend policy to buy back R2 billion worth of shares in lieu of paying dividends. This is as long as its share price trades at a discount to embedded value during the calendar year.

I trust they’ll pass some of that on to their pathetically performing RA funds.

Ryk van Niekerk / 21 Jun 2021
CEO designate Gidon Novick says ‘there are investors looking for good opportunities, whether they be pension funds or banks or private investors or institutions’.
57