Nicolaas Kruger will step down as chief executive of South African life insurer MMI Holdings next month, after more than seven years at the helm, as part of a management shake-up announced on Tuesday.

The company, which has been struggling to grow revenue due to weak returns from investment markets over the past three years, said it had hired Hillie Meyer, currently managing partner of South Africa’s Nodus Investment Managers and a former CEO of Momentum, to succeed Kruger as CEO on a three-year contract.

Shares in MMI jumped more than 8% on news of the management revamp, which also saw the company appoint Jeanette Marais, former executive director of fund manager Allan Gray, as a second deputy CEO from the beginning of March and widened the role of chief finance officer to financial director.

Kruger, who will step down on February 15, played a central role in merging Momentum and Metropolitan to create MMI in 2010. He will serve on some subsidiary boards of the group, the company said in a statement.

“This decision comes after a few months of discussions between Nicolaas and the MMI Holdings Board that enabled the board to consider the appointment of his successor with due care,” the company said.

Kruger started his career at financial services firm Momentum as an actuarial assistant in 1991 and become CEO of MMI Holdings in December 2010 following the merger between Metropolitan and Momentum.

Since announcing virtually flat full-year earnings last September, MMI has significantly scaled down its geographic footprint in Africa and Britain, in order to focus on building its core businesses in South Africa.

“With Hillie joining the group at this time, MMI Holdings will continue with this more focused strategy rather than revisit the group’s strategy in totality,” the company said in its statement.

“Hillie’s deep knowledge of the insurance industry will also aid him to streamline execution of the various initiatives in the group’s core businesses.”

“In our view the announcement makes it clear that the board wants quicker execution of the strategy and feels that the existing senior management team was unable to deliver it without renewed focus,” said Nedbank Capital insurance analyst Grant Davids in a note.

“The appointment of an external CEO and second deputy CEO points to the board wanting more external expertise in order to drive strategic execution.”

Under Kruger’s leadership, the merged entity established a health insurance joint venture between MMI and Aditya Birla Capital in India and set up a joint venture with African Bank to offer insurance to African Bank’s clients and loans to MMI’s client base. ($1 = 12.2726 rand) 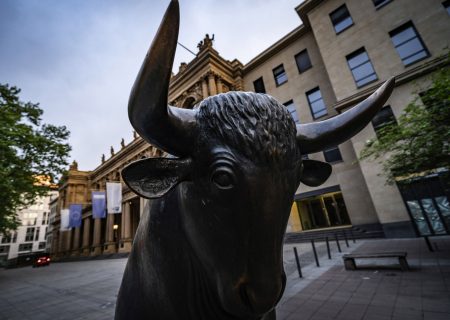 Get ready for another European stock market bull ride next year