Board preference at any cost it seems as Telkom pays R20m to keep its CEO from walking out and Mediclinic takes on a non-executive director it evidently believes is really good at time management, while Tiger Brands has yet another disaster to contend with.
By Ann Crotty 2 Aug 2021  00:01 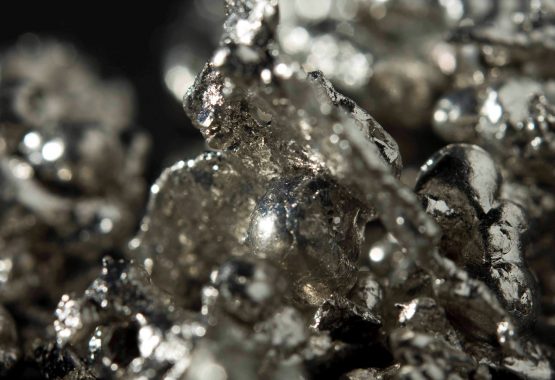 On the flipside, at this point in their long histories Anglo American and Amplats can take a bow and polish their halos. Image: VisMedia

It seems Telkom CEO Sipho Maseko’s final years will have an element of the controversy that sparked his early years at the state-controlled entity. Being paid a retention bonus is certainly not unusual but it is more commonly used as part of long-term contracts for high-level executives, not so much as a desperate bid to keep on an executive who is planning to exit in the near future.

So Telkom paid Maseko a R10 million retention fee for staying put in 2021, and will pay him another R10 million to see out the 2022 financial year. Eyebrows have been raised, perhaps by people who were imagining the way the retention fee discussion was conducted between Maseko and Telkom’s remuneration committee.

Maseko has led this former state-owned entity (government is now the single largest single shareholder with a 40% stake) for a little over nine years and so the nominations’ committee shouldn’t have been surprised when he told him he wanted to move on – apparently a year or more ago – and should have had a replacement lined up.

Read: How succession should (and should not) be done

That the committee was happy to hand over R20 million to stop Maseko walking out last year suggests they were caught unawares or were blindsided.

If so, then given this ineptitude the committee members should be encouraged to relinquish their fees for 2021 and 2022.

All of which prompts memories of Maseko and Telkom’s high-profile brush with the Companies and Intellectual Property Commission (CIPC) back in 2014 over the matter of the interest-free loan given to former chief financial officer Jacques Schindehutte in November 2013. Back then Telkom said Schindehutte had signed off on it himself; unsurprisingly, Schindehutte said the board had approved it.

Anyway, the CIPC decided Telkom’s CEO had to attend a course on corporate governance and director’s duties.

Given that this state-controlled entity has performed so much better than almost any other government-connected entity, most might believe the course had a beneficial impact.

On issues related to reputation it does seem Tiger Brands doesn’t seem to care too much for its own.

This once-powerful food group seems to lurch from one reputation-destroying disaster to another.

It was caught red-handed in the bread price-fixing scandal back in 2006, which was followed quite promptly by the maize debacle. And then in early 2018 the National Institute for Communicable Diseases located the source of a deadly strain of listeria to the food group’s Enterprise factory in Polokwane, which produced polony and processed meat.

Now a safety issue involving the welding of cans has forced it to recall around 20 million cans of Koo and Hugo’s vegetable range.

Last week’s news about the recall saw the share price close the week down at R193; this compares with the pre-listeria high of almost R450 in early 2018.

By contrast one group that does seem to learn from its past mistakes is Anglo American.

What a relief it must be for shareholders to learn that the mining giant won’t be using proceeds from the latest commodity boom to invest in value-destroying acquisitions or buybacks.

In 2007 a relative handful of Anglo shareholders, including a few of its own directors, did extremely well when the group spent billions of dollars buying back its own shares at what turned out to be an extreme peak in the price.

At Anglo American Platinum all the shareholders are in for a windfall, with a special dividend as well as an ordinary interim dividend now on the cards.

This makes it a very good time for the world’s biggest platinum producer to investigate more effective ways of resettling communities affected by its mining activity.

Amplats has just launched a 30-month programme to consult all households affected by the proposed expansion at its Mogalakwena mine in Limpopo. It sounds like an excellent initiative and it’s certainly about time. It hardly seems fair that communities affected by mining activity so often lose so much while shareholders score generous benefits.

On a very different issue, Mediclinic has announced the appointment of Zarina Bassa as a non-executive director.

This suggests that these increasingly well-paid positions require less than one day’s effort a week.

Mediclinic brings to five the number of board positions Bassa will occupy with effect from February 2022.

The board of Mediclinic says it has carefully considered Bassa’s existing time commitments and “is satisfied that she will have sufficient time to dedicate to fulfill her responsibilities to the group”.

In addition to being CEO of her own company, Zarina Bassa Investments, Bassa is also on the boards of the JSE, Investec Bank, Woolworths and Oceana – each of which is quite substantial.

The Mediclinic board might be satisfied about the move but some of the shareholders of the other four companies may not be.

Surely one of the reasons why these ‘part-time jobs’ are so well paid is that they do require more than one day’s commitment a week.

It’s also a little tedious that large JSE companies rely on the same relatively limited number of individuals to populate their boards. It suggests they are a little out of touch.

The Bassa lady that serves on 5 boards, does she get this massive salary from every board she serves on? She can then earn get more than R100 Million a year? For 5 part time jobs?

I sat on a few boards, you can immediately see who has actually read the minutes. The secretary sometimes puts a curved ball into the minutes, and the moment someone picks it up just look at those directors paging frantically through the bundle.
Those are the G and T ones, 12.00 all done a few snorts with the boys, promise of a visit to the game farm, done and dusted for the day.
By the way they are the ones that always agree with remuneration and are the first to resign quietly because of health/family or to pursue other interests.
One or two other ruffle feathers, set policy and are worth it.
If you are on a board, take note of those that enjoy the freeebies. Weekends away/ use of the company house etc.

he puts a gun to Telkom’s head and walks away with a couple of million, during this time when some folks don’t know how they’re going to pay rent or put food on their tables. THIS IS DISGUSTING.