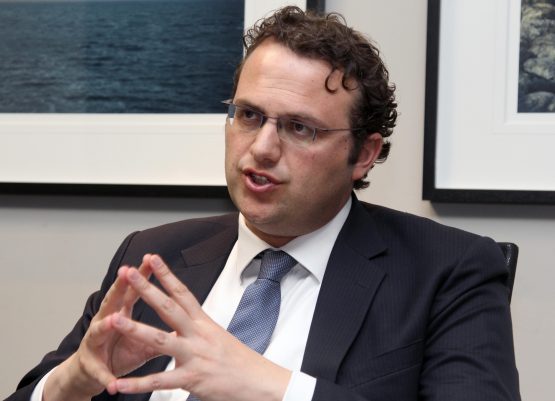 Sasfin has flagged moral corruption in the private sector as a growing concern after a significant fraud-related loss weighed on its financial results.

The single credit loss, incurred in the first half of Sasfin’s financial year, relates to a client who “went rogue” and misstated the financials against which it borrowed. Sasfin was exposed to the client through its banking unit and Hong Kong subsidiary, which facilitates trade finance, and took a loss of between R30 million and R40 million, as previously reported by Moneyweb. It has instituted court proceedings against the client in a bid to recover some monies, which have been fully written off and would come as a windfall if successful, according to chief executive Michael Sassoon.

He says the biggest single client credit losses relate to fraud rather than Sasfin’s exposure to strained sectors of an ailing South African economy. Apart from the large single credit loss, Sassoon told Moneyweb of a recent audit in which it found that a client attempted to pass off empty boxes as stock against which it tried to borrow. Such audits form part of the group’s fraud detection strategy, in which it is investing heavily.

“Unfortunately, we live in a country which has become morally corrupt and that has flowed into the private sector. You see businesses that portray their assets as something which they really aren’t, and we need to go check that.

“In cases where a client that has gone under pressure in a difficult environment but acted in good faith, typically, we’ve been okay because we’ve been well secured, and we’ve worked with the client. But when the client starts acting in bad faith or maybe we didn’t pick up some fraud from the client, that’s where we’ve taken the most pain.”

Magda Oosthuysen, Sasfin’s recently appointed head of credit, says she is beefing up her team with experienced professionals so that its members are able to better understand the business models and management teams of small businesses, which often lack capital buffers and the ability to access capital. The aim is to put Sasfin in a position to better assess a group of clients that “other banks probably don’t understand and won’t bank”, but which can be banked.

She adds that credit decisions will be more collective in nature and will make use of a newly-developed risk rating model, where a risk assessment is allocated to each client. “We want to make sure that we properly understand the risk associated with a client,” she says. “There is a very big difference in the risk associated with, say, a listed entity with a meaningful net asset value and access to capital markets versus a smaller entrepreneurial business [and] we can’t do exactly the same risk assessment on both. That is why we are going to run through the model for 12 months, test and test and back-test it so that at the end of 12 months we hopefully have a risk rating model that we can use for portfolio management, for pricing and a range of other things.”

During the period under review, the group also took a more conservative approach on deferred tax assets arising from losses, which – coupled with a change in its deferred tax liability estimates owing to changes in tax legislation – saw its effective tax rate jump to 35.04% from 20.12%. “A business-as-usual tax rate would have been circa 23%,” it said.

It delivered a return on shareholders’ equity of 8%, down from 13.52%. Sassoon says the absence of once-offs such as the fraud loss and change in tax rate could see returns hit the low teens in the coming year.

There is always a link between public sector corruption and a moral corruption in the private sector.

Like the old joke about a man asking another what he does, and the reply is ‘corruption’, and they reply is ‘public sector or private sector’?

One ‘sector’ is as bad as the other, neither exists in a vacuum – they are co-dependent and, where the corruption is simple bribery, for example, the one who pays the bribe should suffer the same consequences as the one who solicits or receives it. After all, who offers and / or pays bribes rather than choosing to walk away or accept the speeding fine, etc? It was not too long back that even in a country like Germany a company could write off against tax any monies paid in bribes.

This is nothing new, corruption has existed and thrived in the SA private sector for years. In the 1970s/1980s this sector of the lending market used to be loosely referred to as the “Shippers” (Gerber Goldschmidt, Merchant Shippers, Ewing McDonald etc) and the guys who ran those secondary lending businesses back in the day were aware that there were good reasons these “secondary” borrowers were prepared pay a huge premium.

The large banks were happy to extend significant lines of credit to the Shippers as they had confidence they were able to lend in a segment they didn’t have the appetite for. However the costs are significantly higher than the mainstream lending banks & the incidence of write offs is higher – the trick was to ensure the premium charged more than covered these additional management expenses & provisons over time.

They had an army of people checking on a weekly basis the assets which were pledged as security and ensuring the empty boxes weren’t being passed off as stock. They held personal guarantees, second bonds on houses and controlled the cashflow – they knew they were down the pecking order of creditors and saw fit to protect their position robustly.

The essence of this type of Asset Based Finance business lies in the effective extension of each tranche of lending on a day to day basis and the ability of the lender to track, value & execute (in need) his security.

Bit unfair for the bank now to tar the private sector with the corruption brush because the bank failed to do its homework. I mean really- how can you miss issues causing a R30 m loss.

When you have a (former) President and ruling party that openly supports and protects wrong-doers and every day you see a corrupt taxi-industry operate with impunity and get away with it, what do you think others will do? I’m not saying corruption is justifiable just that when it comes from the top and when we see it everyday it becomes part of the fabric of society and the norm. Add a sad, untrained, unskilled and corrupt police-force and you get: A country corrupt to the core and pretty much out of control.