Motus increases its presence in China

Group has set up a distribution centre in Shanghai, aims to invest up to R500m in acquiring stakes in Chinese automotive aftermarket parts.
Roy Cokayne  /  27 February 2020 00:01 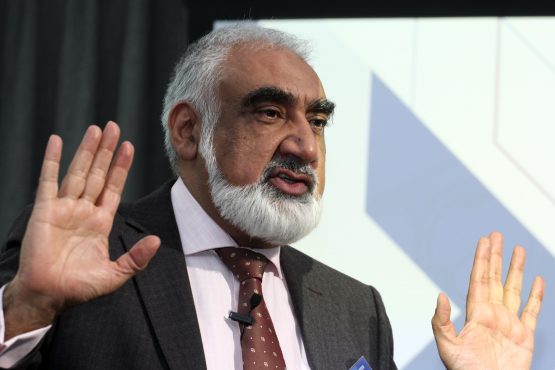 Osman Arbee, CEO of Motus. Image: Moneyweb
Motus, the vehicle business of Imperial Holdings that was unbundled and separately listed on the JSE, has set up a distribution centre in Shanghai in China and is planning to invest up to R500 million in acquiring stakes in four or five aftermarket parts businesses in China.
The company is also aiming to expand its brand representation and passenger dealership presence in both the UK and Australia.
Osman Arbee, the chief executive of Motus, said on Wednesday the distribution centre in Shanghai will procure and distribute aftermarket parts to South Africa and other developing markets.
“The Chinese don’t like selling one container with brake pads, air filters and oil filters. They want a container only with brake pads. We can buy in bulk in China, store it in Shanghai, break up [the parts], package them and send them to South Africa.”
Arbee said Motus had planned to acquire stakes in the Chinese aftermarket parts manufacturing companies in the next 12 months but this timeline has been pushed out by the coronavirus. The companies Motus has earmarked will not sell in the current environment because they will be “dirt cheap”.
Motus acquired a 60% stake in Arco, a engine distribution business in Taiwan, about two years ago and is now sourcing engines from Taiwan. Arbee said Motus likes this model and Arco will supply engines to its Shanghai distribution centre to be sent to Turkey, Brazil and elsewhere.

By acquiring stakes in the target companies, Motus can control the process, because the Chinese economy works on commissions and traders.

“The traders eat you with 5% or 6% commission. In the aftermarket parts business that is a big percentage,” he said.
Motus likes the distribution centre model because once they have set up in Shanghai, it runs well, it’s cash generative and gives them good margins.
Expand dealerships in the UK and Australia
Arbee said South Africa currently contributes 93% of Motus’ profit and only 7% comes from the UK and Australia, with the bulk of that coming from the UK.
Motus sees Australia becoming more important in the future, but Arbee stressed that the group will never have an equal profit contribution from South Africa and offshore.

Motus acquired eight passenger dealerships in Ballarat, a provincial city in Victoria in Australia, after its December half-year reporting period, for between R380 million and R420 million.
Ockert Janse van Rensburg, CFO at Motus, said this opportunistic acquisition is in line with the company’s regional expansion strategy in Australia and will give it a nice footprint and more brands.
Motus concluded bolt-on acquisitions of Ford and DAF dealerships in the UK. The firm would like to expand its dealerships further in the UK but Brexit would need to settle down so it can see where the market is going.
Motus on Wednesday reported a 9% growth in headline earnings a share to 479 cents in the six months to December from 436 cents in the previous corresponding period.
Arbee said it’s pleased with the group’s resilient and stable financial performance in a very uncertain operating environment.
“Despite the unpredictable global and South African economic environment, sales of new and pre-owned vehicles outperformed the market. Motus remains well positioned to maintain our leading automotive position in South Africa and grow in selected international markets.”
The import and distribution segment, which includes the Hyundai, Kia, Renault and Mitsubishi brands, increased its market share to 15.2% from 14.6%.
An analyst, who did not want to be named, said there are positives in Motus’ financial results but they were disappointing compared with expectations. He said Motus’ revenue did not grow as much as expected compared with its volumes.
The reason for this is the negative volume mix caused by selling a lot of cheap entry-level cars as a result of the buydown by consumers, the analyst said. Motus is well positioned for the consumer buydown by consumers and is gaining huge market share, he added.
“But selling a cheap car is not as profitable as selling a more expensive car, so their margins are under pressure.”
Looking ahead, Arbee said Motus will continue to aim to deliver stable profit margins and cash flows while maintaining a reliable dividend pay-out through the cycle.
However, Arbee said the full impact of the coronavirus on the Original Equipment Manufacturers’ production and supply of vehicles (as their parts supply is being interrupted), the aftermarket parts business and the global economy remains unknown at this stage.
“These and other factors could adversely impact the local and global economies in the short term. Due to the weak macro and consumer environment that appears to be deteriorating, we are cautious about expectations for the short- and medium term.”
Shares in Motus dropped 1.29% to R77 on Wednesday.
Get access to Moneyweb's financial intelligence and support quality journalism for only
R63/month or R630/year.
Sign up here, cancel at any time.