Group plans to increase its cargo throughput capacity at the port of Maputo.
By Suren Naidoo 28 Aug 2019  00:10 JSE-listed freight logistics and financial services group Grindrod is planning further investments in Mozambique, which is on the cusp of an economic growth spurt thanks to its vast offshore gas fields.

“Mozambique is set for take-off,” says CEO of Durban-based Grindrod Andrew Waller, adding that the country’s nascent gas fields are getting the attention of international oil and gas companies. On the back of this, Grindrod is planning to make further investments into Mozambique. 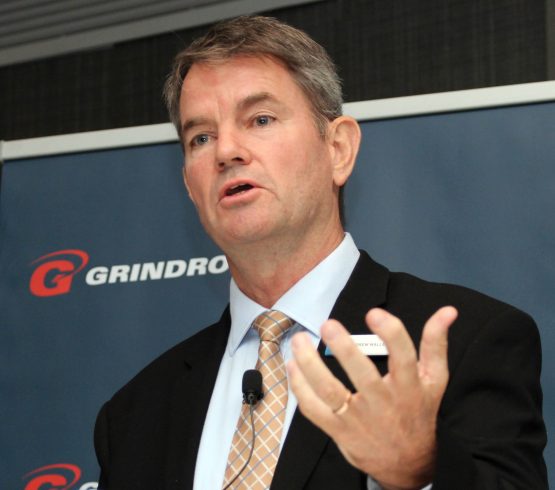 Waller was speaking to Moneyweb at the company’s interim results presentation in Sandton on Friday.

“Mozambique is a shining light and really important for us at Grindrod. We are happy the country’s outlook is better when compared with other countries in southern Africa. Besides some positive changes on the political front, there are great economic prospects with the huge focus by major oil and gas companies in northern Mozambique.

“Grindrod is well placed to benefit from the massive investment set to go into unlocking the country’s vast natural gas fields,” he adds.

Earlier this year US-based Anadarko Petroleum Corporation signed an agreement with the Mozambican government to develop a liquefied natural gas (LNG) project in the country, reportedly worth more than $20 billion. At the time Anadarko noted that Mozambique has the potential to become one of the largest LNG suppliers in the world.

French fuels giant Total is set acquire Anadarko’s assets in Africa, according to Bloomberg, which earlier this month reported that Total is still committed to the Mozambican LNG investment. Total’s rival US-based ExxonMobil is also set invest billions of dollars into Mozambique’s offshore gas fields, which it describes as a game-changer for the country, but is holding off on an announcement until after the country’s planned presidential elections in October. Waller says Grindrod already has a lot of exposure in Mozambique, having invested in the country several years back. “While most of our investment has been in the ports of Maputo and Nacala, the development in the north will present opportunities for our group. We want to develop Maputo port further and plan to also spend a lot more time in the north.”

According to Grindrod chief financial officer Xolani Mbambo, the company’s initial investment in the Port of Maputo was around $57 million about a decade ago.

“To date, together with our joint venture concession partner on Dubai-based DP World, around $800 million has been invested,” he says. “The port of Maputo has seen significant growth and currently handles around 20 million tons of cargo annually.

“We want to ratchet up volumes to 30 million tons, which will necessitate a further joint investment of around $1bn.”

Waller notes that Grindrod and DP World each have a 24.7% stake in the Maputo Port Development Company (MPDC), while the Mozambican government and local players own the balance.

“We were fortunate to get into Maputo when we did. Back then [around 2009], it handled just two million tons of cargo, so volumes have grown 10-fold,” he says. “The port is being positioned for further growth. We are investing in infrastructure and acquiring further assets, which currently includes the acquisition of mobile cranes to improve efficiency as well as slab and quay development to add further capacity.”

Grindrod reported headline earnings growth of 118% to R136.7 million for the six months to June 30, compared to R62.6 million for its 2018 half year. However, in a Sens statement the group notes that its discontinued marine fuel and agricultural businesses reported a headline loss of R257.5 million (2018: headline earnings of R286.2 million) due to an impairment in the marine fuel business in the UAE.

According to the statement: “Several employees have been dismissed and legal proceedings instituted. The business has notified the insurers of a potential claim.”

It adds: “As the discontinued businesses are now held for sale, an impairment provision has been raised against the investment carrying values to reflect management’s estimate of the recoverable value.”

Arnold Werbeloff, a senior equity analyst at Vunani Securities, agrees that Mozambique’s offshore natural gas fields present a huge growth opportunity for the country and for companies like Grindrod that already have a presence there.

“Mozambique is said to have one of the largest natural gas finds in the world,” he says. “As it gets unlocked, this is set to significantly stimulate the Mozambican economy. Grindrod stands to benefit. However, to what extent it takes advantage of the opportunities in northern Mozambique remains to be seen.”

Grindrod hoping for a sustained uptick

Well good luck I say. Africa has shown itself unwilling and unable to generate or even to assist any business progress. Corruption and destruction and tribalism rule.

Yes well remember the africa problem certainly have many side.

No big corporation leaves 1$ more in the poor country, than it is forced to do. Congo is a free for all big corporations, Just the US that recently started to put a foot down on Glencor and the Israeli pillaging the place.

Botswana’s 50/50 model is the way for resource rich african countries.