Acquisition will boost its online home and kitchenware offering, to take on the likes of TFG’s upper market @home chain.
By Suren Naidoo 15 Mar 2021  11:05 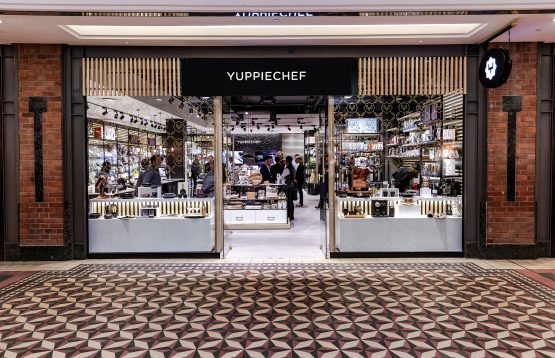 Durban-based clothing and home retail giant Mr Price Group announced it has entered into an agreement to purchase 100% of the issued share capital of local online kitchenware pioneer Yuppiechef on Monday.

The surprise deal was revealed in a JSE Sens statement.

It comes as South Africa’s major retailers up the ante around boosting online sales, in the face of growing competition from the likes of Takealot.com and even Amazon locally, especially in the general merchandise space.

Cape Town-based Yuppiechef is a privately-owned business, which has in recent years started opening stores at shopping centres as part of a move to transform into an omni-channel retail business.

“The purchase consideration, which represents approximately 1% of market capitalisation, will be settled in cash,” Mr Price notes in its Sens.

The group had a market capitalisation on the JSE of just under R47 billion on Friday, which means it has purchased Yuppiechef for just under R470 million.

Its share price gained more than 4% on news of the acquisition, closing at R190.89 on Monday.

“The targeted effective date is subject to the fulfilment of both regulatory and commercial suspensive conditions which includes competition authority approval,” says Mr Price.

“Yuppiechef management team will continue to run the business with the full support of the group’s executive team,” it adds.

Yuppiechef, co-founded by Andrew Smith and Shane Dryden, has created waves in SA’s ‘aspirational kitchen and homeware’ retail market since its establishment in 2006.

“The business has two primary operations, namely: Yuppiechef Online, the retail division comprising the online platform and seven stores, as well as a wholesale division, which develops, and imports branded goods for wholesale distribution. It commenced operations as a pure e-commerce company and since 2017 has transitioned into an omni-channel retail platform,” Mr Price says in the Sens.

“The retail division represents 85% of turnover [70% via e-commerce] and has been a pioneer of online retail in South Africa, consistently winning awards throughout its history. Most recently in 2019, Yuppiechef was voted ‘Digital Company of the Year’ at the South African National Business awards and ‘Best Independent Retailer Store Design’ at the SACSC [South African Council of Shopping Centre’s] Retail Design & Development awards,” the group further points out.

“We are very excited about welcoming the Yuppiechef team into our family,” says Mr Price CEO Mark Blair.

“As a founder-led business, they share our entrepreneurial roots and we are eager to jointly realise the company’s ambitions. We are partnering with a market leading business which has won numerous awards relating to both e-commerce and stores, and Yuppiechef has a proven ability to launch private label categories which have also attracted industry recognition,” he adds.

Commenting on the deal, Yuppiechef’s Smith says the “timing is right” for the company to move forward with its growth ambitions with a partner that “has a shared vision and the resources to help [it] achieve this”.

“I am excited about our future as a part of the Mr Price Group. [It is] a business which prides [itself] on innovation and growth and we are strategically aligned in our plans. We share similar cultures and values which will make this an easy fit for both parties,” adds Smith.

According to Mr Price, the acquisition is strategically aligned to the group and meets its investment criteria.

“In November 2020, Mr Price communicated its ambitions to invest in growth opportunities in specific segments of the market through both organic and acquisitive growth avenues. These opportunities are informed by an extensive period of research which the group believes will shape its future growth trajectory,” it says.

“Within the homeware market, the opportunity to gain access to a higher LSM customer base, enabling growth of its share-of-wallet through aspirational value spending, was identified,” it adds.

The deal seems to be a clear move by Mr Price to take on TFG’s popular upper market @home chain, which also has a strong online presence.

Besides Yuppiechef’s positive bottom-line performance, Mr Price notes in its Sens announcement that the company also presents “prospects for margin expansion” for the JSE-listed group.

Meanwhile, Blair says that the Yuppiechef acquisition will also give Mr Price the opportunity to access the skills of a highly talented team and service a new customer base.

“Yuppiechef will benefit from our financial strength to accelerate growth plans which include significantly broadening the product assortment into areas where we have well established skills and expanding its physical presence beyond the currently limited number of stores,” adds.

“We were early adopters of e-commerce in South Africa and our consistent investment has really paid off for us. Yuppiechef gives us another platform to escalate our ambitions in online retail and enables us to be strategically positioned for further growth,” notes Blair.

Nice deal for the Yuppiechef guys who have created an innovative and quality driven business. Hopefully Mr Price won’t dilute that.

My concern would be the Mr Price Board.

Are they the type of management that is best suited for a Yuppiechef market?

They bought for 1% of Mr Price market cap, so that would be around R450m? That’s quite impressive for a business that was little more than an website 10 years ago.

Yuppiechef prices are insane, I wonder how this will fit in with the Mr Price typical budget conscious market.

Agree I just checked its website – premium products premium prices.
It’s not for the Mrp customer.
I love to read the notes on why this deal makes sense.

Used to buy brand name tekkies for around R2500 a pair which lasted around 8 months. A gym rat at my gym told me to try Mrp trainers for R350, still using it after two years and now I buy most of my gear form Mrp Sport.

The name yuppie alone puts me off, sound pretentions like those artsy people who drink faerie dust infused whisky, well just give me a bells with ice…

Perhaps MRP is taking the strategic view to capture the affluent customer in order to grow their marketshare… In that case I would think it’s a pretty smart move.

Mr Price stay on the bus, so many companies try their luck on new ventures, and fail. For half the money you can create a lot more.

Just because they are both retailers doesn’t mean this is a perfect marriage. I hate to be negative…but this alliance does not bode well,in my opinion. I hope I’m wrong!

Very interesting. My view has been that most retailers would be shifting to a YuppieChef type of operating model IE: predominantly online channel with a few flagship stores and efficient distribution and logistics infrastructure behind the scenes.

I wouldn’t be surprised if the rationale for MrP was to inhouse the management skillset to build out the online channel and fulfilment for the broader group. Looking at it objectively, YuppieChef has done an excellent job of marketing and brand management. They get people to pay high prices for items because the online experience is convenient and well run.

One may argue that MrP’s key LSM markets are not as prominent online but I think the success of Checkers Sixty60 has opened some eyes as to how savvy the market is and how much convenience plays in captuing market share.

I think it would be a mistake for MrP to try and use this as a springboard to launch other brand offerings targeting a higher LSM. They should stick to their core skillset.

Possible scenario, the management team tries to roll out the online approach through the broader group and gets frustrated with the culture clash. They wind up buying the business back in 24 months at half the current valuation…

I have been buying from Yuppiechef online for several years, in my opinion they are the best online company I have used. It is an excellent easily navigable website and their products compare well price wise. The service is outstanding. I just hope this carries on.