The case to declare MTI a Ponzi scheme rages on, and probably will for several more years.
By Ciaran Ryan 24 May 2022  00:05 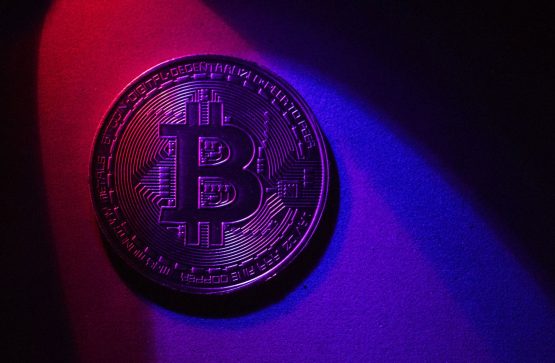 One of the masterminds is also claimed to be one of the top winners, having invested just shy of 22 bitcoin and withdrawn 219 (R10.7m and R106m respectively at current prices). Image: Brent Lewin/Bloomberg

Mirror Trading International (MTI) liquidators put out a press statement last week with some explosive claims against the ‘masterminds’ behind the failed crypto scheme.

The liquidators say those masterminds were Clynton Marks and Johann Steynberg, who were among the main winners of the scheme. Steynberg fled the country in December 2020 when investors’ requests for withdrawal of funds were stonewalled. Steynberg was arrested late last year in Brazil.

Figures supplied by the liquidators suggest that more than 300 000 investors from around the world were lured into the scheme with promises of earning up 10% a month on deposited Bitcoin (BTC). MTI was rated by Chainanlysis as the world’s largest crypto scam of 2020.

Lawyers representing some of the investors have questioned the accuracy of figures provided by the liquidators. The number of members has varied from around 200 000 to 380 000. The liquidators recovered 1 281 Bitcoin from a Belize-based broker called FX Choice, and subsequently sold these for roughly R1.3 billion.

In a statement last week, the liquidators claim Marks made off with R30 million of investors’ money two months before the crypto scam imploded, though there appears to be no supporting evidence for this claim before the Cape High Court, where multiple cases are underway between the liquidators and MTI investors.

Meanwhile, Marks and another MTI investor Henry Honiball have asked the Cape High Court to remove the six court-appointed liquidators from the case, accusing them of dishonesty and fraud.

The only claim to be admitted by MTI liquidators is a claim for R6.2 million from JNX Online, a company set up by MTI founder Steynberg and his wife Nerina.

JNX ‘not a creditor’

JNX Online was used by Steynberg to buy and sell BTC and to pay creditors and employees. Marks and Honiball argue that JNX Online is not a creditor of MTI, and that this was well known by them, but they accepted a claim from the company nonetheless as a mechanism to push through several resolutions deemed antithetical to the broad mass of MTI creditors.

Marks and Honiball argue that the liquidators needed a friendly ‘creditor’ to approve the resolutions proposed by them. They say those resolutions are so broad that it allows the liquidators to run up costs at their expense, and indemnifies them from any losses or claims for damages arising from the business.

Once JNX was liquidated, the MTI liquidators appointed their associates as liquidators of JNX, without conducting transactions at arms-length, and then “proceeded to accept a claim by JNX against MTI for monies that they knew were not owing”, according to an affidavit by Marks.

The liquidators say the case by Marks and Honiball is an abuse of the court process, has no merit in law, and is an attempt to postpone another court case currently underway seeking to declare MTI a Ponzi scheme.

This, they argue, would mean any monies paid out by the scheme are unlawful and would have to be repaid. This case will resume on May 31.

The liquidators are asking for the case brought by Marks and Honiball to be dismissed with punitive costs.

Marks argues that MTI cannot be deemed insolvent as it has recovered BTC worth roughly R1.3 billion and has claims totalling just R300 million. The old Companies Act and the Insolvency Act only allow for the winding up of a company unable to pay its debts.

That argument would be swept away should the court declare MTI to be a Ponzi scheme.

The court filings reveal some interesting findings about MTI:

MTI investors should perhaps brace themselves for a long, drawn-out court battle. Whichever side loses in the Ponzi scheme application is likely to appeal, given the quantum of funds involved.

In making the case that MTI was a Ponzi scheme, the liquidators rely on evidence from the Financial Sector Conduct Authority (FSCA), which in turn is based on statements issued by the Belize broker, FX Choice.

The accuracy of the FX Choice statements issued to the FSCA and the MTI back office admin system has been challenged by lawyers for some of the investors. This being the case, it is impossible to know how much bitcoin is available for redistribution, says Honiball in an affidavit before the court.