As the continent’s largest wireless carrier continues to slim down.
By Loni Prinsloo, Bloomberg 5 May 2021  09:02 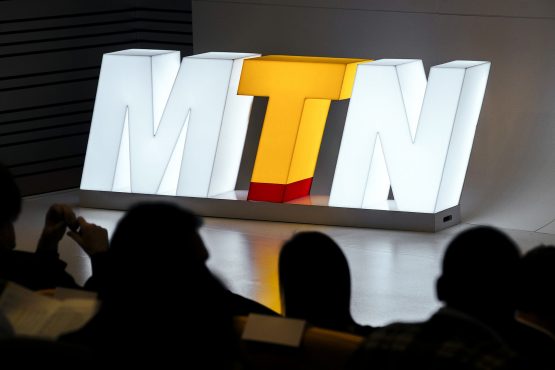 MTN is making progress toward separating the company’s financial-technology business and dispose of South African towers as the continent’s largest wireless carrier works on slimming down.

A plan to spin off the lucrative fintech unit, which includes mobile money, should be finalised by the end of March 2022, Johannesburg-based MTN said in a statement on Wednesday. A sale and leaseback of domestic telecom masts is slated for the third quarter of this year after more than 20 responses from interested parties, the company said.

MTN is in the process of selling assets to realise value from its pan-African businesses and pay down debt. The carrier has disposed of e-commerce units and listed country divisions on local stock exchanges, the latest in Rwanda. The company also plans to sell its stake in IHS Holding Ltd., a pan-African operator of telecom masts that’s planning an initial public offering, and exit the Middle East.

MTN’s fintech business recorded an 87% year-on-year increase in transactions by value to $53 billion, the company said alongside first-quarter results. The division has previously been valued by Nedbank Group at R87 billion ($6 billion).

The company is expanding its fiber business, the largest in Africa, and added more than 2 000 kilometers in Zambia.

One area MTN wants to grow is Ethiopia, and the carrier is leading one of two consortiums to have bid for new telecom licenses in the country. The group is awaiting a response from the Horn of Africa’s government, which is opening the market to international operators for the first time.

MTN will hold 56% of the Ethiopian license, if successful, while partners include China’s state-owned Silk Road Fund.

Phuuuuuleeeeez! Get on with it and unbundle the shares of the fintech to holders of MTN.

Do it yesterday already, you all, if you can. Phuuuuleez man!