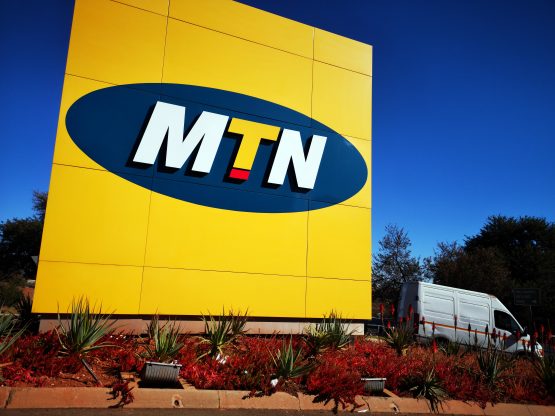 Nigeria dropped a $2 billion claim for back taxes against MTN Group, ending a 16-month long battle between Africa’s largest wireless carrier and legal authorities in its biggest market.

The company, which disputed the claim from the start, had struggled to convince investors it could get the tax demand cancelled. Its shares closed 5.3% higher in Johannesburg on Friday after Nigeria’s Attorney General said he’d dropped the case, their biggest jump since March.

The decision “paves the way to an orderly and amicable resolution of this matter,” MTN chief executive officer Rob Shuter said in a statement. “MTN remains fully committed to meeting our fiscal responsibilities and contributing to the social and economic development of Nigeria and all regions where we operate.”

MTN, by far the biggest of four Nigerian wireless carriers with about 65 million customers, now faces a period of rare peace in Africa’s most populous country after a series of disputes with government and regulators. The stock has never recovered from news of a massive $5 billion fine more than four years ago, later reduced to about $1 billion, for missing a deadline to cut off unregistered subscribers during a security crackdown. Nigeria remains MTN’s most profitable market, and the company continues to invest in high-speed internet services and online banking to gain more value from customers. The company’s local unit, MTN Nigeria Communications Plc, listed in Lagos last year and is the second-largest company on the city’s stock exchange.

“The tax issue was one major thing that has been a concern for MTN and investors,” Chapel Hill Denham analyst Tajudeen Ibrahim said by phone from Lagos.

It has a major business in Iran, which is set to be hit by more US economic sanctions as tensions rise following the Jan. 2 killing of top Iranian general Qassem Soleimani. The carrier is also being sued for allegedly paying Taliban fighters not to blow up its cellphone towers in Afghanistan.

MTN said it plans to withdraw a legal action against the Nigerian Attorney General and engage with Nigerian authorities on the matter. The next leg in the tax dispute, which centreed partly on calculations of payments to suppliers, was due to begin at the end of January.

The Attorney General said the matter has now been referred to the Federal Inland Revenue Service and Nigerian Custom Service.

MTN shares traded at R83.67 at the close on Friday, valuing the company at R158 billion.

Don’t worry, the Nigerian government will find another way to punish MTN and enrich itself at shareholders expense. Just give it a month or two.

One just cannot invest in Nigeria-nearly 200 million people -a potential goldmine but no values or governance at all. Rich in oil, well located yet a total mess. Population nearly 2/3 of the mighty USA and look at the GDP per capita..misery, poverty, hunger and crime…and this after 60 years of independence!