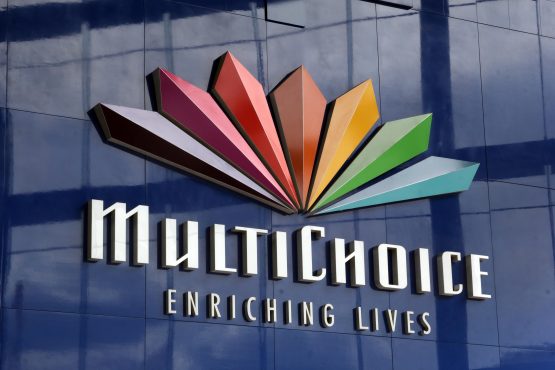 MultiChoice is no longer getting distribution of RT (channel 407 on DStv) from its European feed suppliers. Image: Moneyweb.

JSE-listed MultiChoice Group confirmed in a late-night statement on Wednesday that Russian state-owned news channel Russia Today (RT) has been “removed from [the] DStv platform until further notice”.

However, the decision does not seem to be one made by the SA-based entertainment group itself, but rather linked to the fact that MultiChoice is no longer getting distribution of the RT channel from its European feed suppliers.

“Sanctions imposed on Russia by the European Union [EU] have led to the global distributor of the channel ceasing to provide the broadcast feed to all suppliers, including MultiChoice,” the group explained in its brief statement.

Read: EU clears sanctions on some of Russia’s wealthiest tycoons

MultiChoice’s announcement comes as countries and economies around the world – including the United States, EU nations, United Kingdom, Japan and Canada – have imposed harsh sanctions on Russia in the wake of its attack on Ukraine.

Read: Why did DStv abruptly backtrack on its streaming future?

Prior to MultiChoice’s clarification, the Independent Communications Authority of South Africa (Icasa) had stated that it awaited an explanation from MultiChoice as to the rationale behind the Russian news channel’s removal from the DStv platform “Given the underlying principle of the South African broadcasting system for promoting plurality of views.”

Chairperson Dr Keabetswe Modimoeng had said earlier on Wednesday in the Icasa statement, that its Licensing and Compliance Division had not received any notification by Multichoice.

Icasa has not as yet commented on the MultiChoice statement.

Meanwhile, several media reports indicate that the Russian news channel will lose its slots on Sky TV in the UK and British TV.

Right2Know legal advisor Joel Mhlongo tells Moneyweb that as a cornerstone of South Africa’s Constitution, media freedom and the right to information can never be ignored, even in times like these.

However, he says in this case, the removal of the RT news channel from MultiChoice’s DTSV platform is understandable as this was not a decision made by the platform, but rather a technical issue that is beyond MultiChoice’s control.

“If their [MultiChoice’s] reason for doing that is based on a feed issue, which is a technical issue, then it would be acceptable.”

“However, if the reason for it to remove the feed is because of political pressure or any religious reason, then MultiChoice is wrong and it must be challenged if that’s how they have made their decision,” Mhlongo says.

He adds that people have the right to make up their own minds regarding events taking place in the world and that it is the media’s responsibility to express all views accurately.

“Accurate information is important, because one is only able to make a decision based on the information that one is able to access. So it’s important that the media and the media houses are given the opportunity to broadcast all types of information – or what others call the alternatives – so that all people from different continents are able to see and access different kinds of information.”

Some of the world’s largest companies in various sectors have decided to pull out of Russia, as the country continues its invasion of Ukraine.

Toyota and Honda, some of Japan’s leading car manufacturers, are the most recent companies to pull out of Russia.

In a statement it released on its website on Thursday, Toyota Motor Corporation says it will from March 4 stop doing business in Russia.

“Toyota Motor Russia will stop production at its St-Petersburg plant from March 4 and has stopped imports of vehicles, until further notice, due to supply chain disruptions,” the car manufacturer says.

Oil companies like Shell Plc and BP Plc have also abandoned the country following its invasion of the Ukraine.

BP’s move to abandon its 20% share in Russia-controlled Rosneft, could cut its oil and gas production significantly.

Tech and athleisure companies like Apple Inc and Nike have also followed suit, with both announcing that they will be stopping product sales in Russia.

In a statement it released on Friday Morning, Multichoice clarified reasons why the Russian news channel RT was removed from its DTSV platform earlier this week.

“We want to reaffirm that we cannot continue to broadcast Russia TV on DSTV for reasons outside of our control. The global distributor of the channel (who are based in Europe) stopped providing the broadcast feed to all its suppliers, including MultiChoice, because of the sanctions imposed on Russia by the European Union.”

The company went further to reaffirm its support for media freedom and the right for viewers to choose the content they wish to consume.

“Our role as a broadcaster is to provide a platform for diverse news channels. Our aim is to enable our subscribers to select channels they wish to view. We do not have editorial control over the content of ‘third party’ channels, nor do we endorse any points of view,” Multichoice says.