Naspers to sell 2% of its stake in Tencent 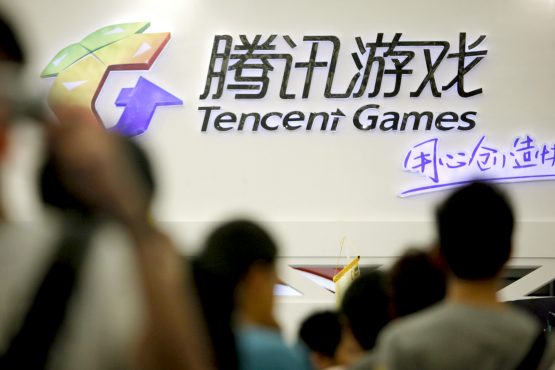 Naspers is cutting its stake in lucrative Chinese investment Tencent by as much as 2% in a deal that could net the South African media and e-commerce group up to $11 billion.

Naspers said on Thursday it has no plans to reduce its holding further for the next three years, disappointing some investors who had called for it to spin off its 33% stake in China’s biggest internet firm to close the widening gap between its own market value and the investment.

Under the deal, Naspers plans to sell up to 190 million shares, or 2%, in Tencent via an accelerated bookbuild to raise money that would fund growth in its e-commerce unit.

Founded in 1915, Naspers has transformed itself from an apartheid-era newspaper publisher into a R1.5 trillion ($127 billion) multinational with private equity-style investments in e-commerce platforms that also include OLX, the biggest classified sites in India and Brazil, and Russia’s Mail.ru.

“We believe Tencent is one of the very best growth enterprises in any industry in the world, managed by an exceptionally able team. However, we also want to fund the further development of some of Naspers’ core business lines,” chairman Koos Bekker said.

“We have no intention to sell any more shares and have publicly stated that we will not sell further Tencent shares for at least the next three years.”

Shares in Naspers slumped more than 5%  to R3 276 with some investors disappointed that the money would be ploughed back into e-commerce businesses.

“The market would take that negatively because the market does not apply any value to those businesses as they stand,” said an industry analyst, who declined be named because he is not allowed to speak to the media.

Naspers owes much of its valuation to a $33 million bet in 2001 on a stake in Tencent, whose breakneck pace of growth has catapulted it into China’s biggest Internet company with a $561 billion market capitalisation.

As Naspers’s stake in Tencent is worth more than Naspers itself, this suggests the other assets — which include a de facto African pay TV monopoly MultiChoice — are not reflected in the valuation.

“You get to a point where a 40% discount to your underlying NAV, or net asset value, is ridiculous so I think this is potentially a move by management to try and narrow that gap,” said Michael Treherne, a fund manager at Vestact, a boutique asset manager in Johannesburg.

The transaction came hours after Tencent earlier said it lost almost $20 billion from its market value after the company missed quarterly revenue estimates and warned that planned investments may hurt margins.

Well, Naspers had to sell to get some cash – it cannot pay its executives billions of rands from the journal entries they make every year to record how they increased shareholder wealth from their passive interest in TenCent. The rest of their assets lose cash every day.

This will be a bit like the boys inherited a nice 500 hectare fruit farm and now sell a few hectares every year to indulge their other aspirations and lifestyles.

“The rest of their assets lose cash every day.” Wow….I thought/assumed MultiChoice made money.

you know what they say about “assume”

pay tv is one of their other assets, it has many ugly cousins including ones people rather not mention

A welcome move that many promising startups will be thankful for. Any speculation about the structure of Tencent not resembling traditional property ownership should be put to bed after this transaction is complete.

Naspers simply cannot keep relying on its behemoth of a lucky packet and not develop its other investments and properties. It serves shareholders to keep one eye open and not just ride on Tencent’s coat tails. Especially considering its trading at a discount to the HK listing…