The nuclear company has now received two consecutive disclaimers of opinion from the AG on its annual reports.
By Barbara Curson 10 Feb 2020  00:01 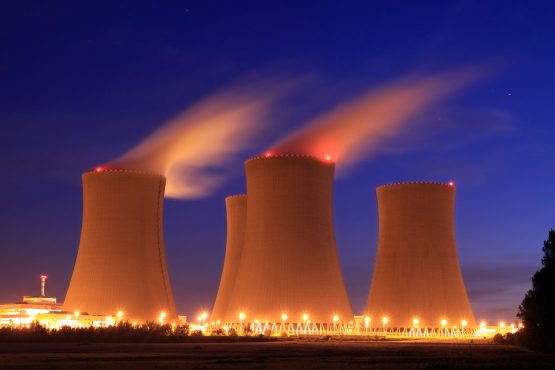 Necsa has not released its 2019 financial report. Should there be any concern about the status of its nuclear facilities? Image: Shutterstock

The 2018 annual report wasn’t of much value, apart from indicating the unravelling of the state-owned company. The Auditor-General (AG) was not able to obtain sufficient audit evidence to verify anything, and was thus obliged to issue a disclaimer of opinion.

This year, Necsa has slid even further into the mire … that dirty opaque sludge that is obscuring, well, everything. Necsa hasn’t even produced its annual report. The AG’s report for the year ended March 31, 2019, has however been made publicly available, and it does not bode well for Necsa.

The AG has again issued a disclaimer of audit opinion for lack of evidence.

The AG’s findings are summarised below:

Audit of annual performance and compliance with laws and regulations

Unsurprisingly, the AG report on the audit of the annual performance report, and the audit on compliance with legislation did not fare much better:

There were significant internal control deficiencies, and the board of directors did not exercise sufficient oversight regarding compliance with laws and regulations and related internal control.

Once upon a time, Necsa was world class. It has now received two consecutive disclaimers of opinion from the AG in regard to the most recent annual reports.

Necsa has not released its 2019 financial report. Why? Does it think that if it hides in its murky mire it will get away with it? What an embarrassment.

Should there be any concern about the status of its nuclear facilities?

Once upon a time everything worked in South Africa.

with emphasis on the “Once upon a time”

Once upon a crime everything stopped working in South Africa.

Yes, there should be a concern about their nuclear facilities. And to think the racist, hypocritical, corrupt ANC were pushing for nuclear energy. Anything nuclear carries a high risk of long term effects if mishandled.

If the board did “not exercise sufficient oversight regarding compliance with laws and regulations and related internal control” should they not be declared to be delinquent directors? Where’s the relevant controlling authority? Also, if not a going concern, is it trading recklessly while insolvent which means the directors can be held personally liable for liabilities?

Where are the investigations into corruption? For an institution to be decimated like this one there must be corruption involved. Messy records are also a convenient way to hide it.

Don’t worry, Mr Hazenile has this one covered.

“Once upon a time, Necsa was world class. It has now received two consecutive disclaimers of opinion from the AG …” That is positive confirmation that the organisation has been satisfactorily “transformed”. OK, which organisation is next? Assuming there are any left?