Providing insights into the pandemic’s impact on the Eastern European property market.
By Barbara Curson 18 Aug 2020  00:01 A pedestrian crosses a bridge in Prague during the Czech Republic’s lockdown. Image: Milan Jaros, Bloomberg

Monday saw Nepi Rockcastle release its trading statement for the six months to the end of June 2020, indicating a 32% decline in distributable earnings per share for the period.

Nepi owns properties in Bulgaria, Czech Republic, Lithuania, Poland, Slovakia, Romania, Hungary, Serbia and Croatia, which were subject to various different levels of restrictions. Its results will provide an insightful barometer on the negative impact of the pandemic on the Eastern European property market.

As background, Nepi was subject to an attack by short seller Viceroy Research in 2018, which caused its share price to plummet. In a response to Moneyweb in 2019, Viceroy said it anticipated “Nepi raising debt as its coffers of listed security assets ran dry”.

With the release of its results for the year ending December 31, 2019, Nepi was upbeat, citing an increase in consumer spending. Debt had only been slightly increased, but new bonds had been issued and large bank loans were paid.

The first three months of 2020 saw the group escape relatively free of any Covid-19 impact. Rent and service charges for the first quarter had been invoiced in advance and 94% was collected. The group gave notice that it had no significant financial liabilities due in the following three years.

Nepi had given shareholders a choice between a cash dividend or receipt of shares, and as a consequence, a total of 1 123 932 fully paid-up shares were issued to shareholders in April.

Nepi’s plans to sell its Romanian office portfolio – held in wholly-owned subsidiaries NE Property BV, Ingen Europe BV and Nepi Bucharest Two SRL – to AFI Europe NV (a wholly-owned subsidiary of AFI Properties Ltd) for an estimated €290 million, hit a temporary snag. However, in August Nepi gave notice that a new agreement had been entered into, providing that Nepi would dispose of 100% of the shares in the subsidiaries holding the Romanian office portfolio to AFI. The completion date of the purchase is to be set by AFI, but is expected to occur within four months.

AFI has paid Nepi a cash advance of €15 million as guarantee for finalising the completion. The estimated cash consideration is expected to be approximately €290 million.

In July Nepi Rockcastle’s wholly-owned subsidiary, NE Property BV, issued a €500 million unsecured seven-year Eurobond maturing on July 14, 2027, carrying a 3.375% fixed coupon, with an issue price of 98.172%. The bond was placed with a broad range of institutional debt investors across Europe.

The trading statement for the interim period to June 30 shows only 4% of the group’s general leasing area is still subject to temporary closure restrictions.

Group performance was impacted by government-imposed laws, whereby relief had to be given for rent, service charges and marketing contributions during the lockdown period imposed by Polish authorities.

Concessions had also been negotiated with tenants, such as granting partial relief of rentals.

The board will only take a decision whether to declare a dividend at the board meeting due to be held on August 20. A dividend of 100% of distributable earnings was declared for the corresponding period in 2019. The financial results for the six months ended June 30 will also be published on August 20, and should provide a better picture of the total debt and additional finance costs. 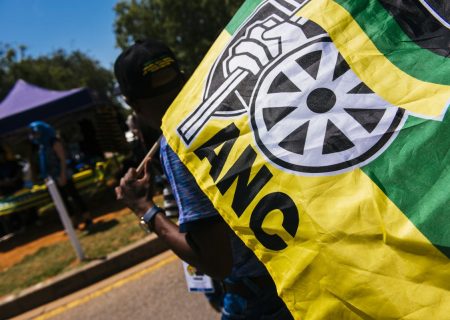