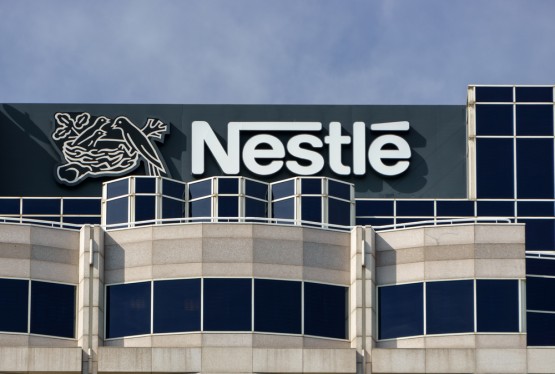 Nestle and Unilever also benefited by expanding into new areas as their old-line brands continued a secular decline. Picture: Shutterstock

Europe’s consumer-goods giants are showing new signs of life by selling more food and cleaning supplies, even at higher prices.

Nestle SA and Unilever surprised investors with strong starts to the year, reporting first-quarter sales growth that handily topped analysts’ estimates. The Swiss maker of KitKat bars and the Anglo-Dutch owner of Dove soap each cited a combination of improved pricing and higher volumes. The companies delivered a counterpoint to the cost-cut-driven performance of US rival Kraft Heinz, which has slumped since a profit warning and asset write-down in February — two years after it made an unsuccessful approach to take over Unilever. Instead, the European multinationals joined US peers like PepsiCo in selling more of their products. The companies also successfully passed higher raw-materials costs on to consumers.

At Nestle, for example, the pricing gain of 1.2% was the biggest in 10 quarters. The businesses most hit by inflation included bottled water, with higher oil prices making plastic and transport more expensive. Unilever also noted higher petrochemical costs, along with increased prices for raw materials in the food sector.

“What companies like ourselves face is the impact of the input-costs increases and commodity-driven gains on the ground,” Unilever Chief Financial Officer Graeme Pitkethly said by phone. PepsiCo Chief Financial Officer Hugh Johnston chimed in earlier this week, saying the drinks and snacks giant expects commodity inflation to increase over the rest of the year.

Nestle and Unilever also benefited by expanding into new areas as their old-line brands continued a secular decline. Sales in Unilever’s home-care division, which grew at about twice the pace of the group figure, were driven in part by more eco-conscious products under the company’s Seventh Generation and Omo laundry brands. Acquisitions the Anglo-Dutch company has made since 2015 collectively grew at a double-digit rate in the quarter.

Nestle Chief Executive Officer Mark Schneider has signed $14 billion of deals in 2018. The food giant has also been trying to fix or sell underperformers, with a sale for its Herta lunch-meat unit possibly coming by midyear and its dermatological business by year-end.

Nestle’s revenue climbed 3.4% on an organic basis in the first quarter, as Schneider beat the 2.8% analyst consensus by the biggest margin since he started leading the world’s largest food company in 2017.

At Unilever, underlying sales rose 3.1% in the quarter. As with Nestle, analysts had expected 2.8%.

A smaller consumer-focused company, Pernod Ricard, joined in the optimism on Thursday. While it missed sales-growth estimates for its fiscal third quarter, the French distiller raised its forecast for full-year growth in operating profit to about 8% from a range of 6% to 8%.