Aim to provide policy clarity on broad-based ownership schemes.
By Thando Maeko 3 May 2021  12:00 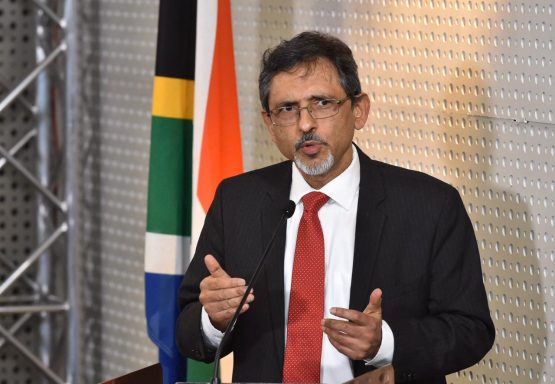 Minister of Trade, Industry and Competition Ebrahim Patel says the department will soon publish a “practice note” on broad-based worker ownership structures to be used by companies across different sectors of the economy.

Worker ownership is seen as an important catalyst for developing a greater level of partnership between workers, managers and owners of companies. The lack of clarity on whether or not the beneficiaries of such schemes are indeed black and have actual voting rights at board level has had a negative impact on some of the investment strategies and effectiveness of the structures.

For example in 2019, the Broad-Based Black Economic Empowerment (B-BBEE) Commission abruptly announced that the vast majority of transactions involving broad-based trust are not compliant with the law and therefore do not constitute genuine black ownership.

The announcement meant that long-standing empowerment ownership vehicles such as the Kagiso Charitable Trust, the Mineworkers Investment Trust, HCI, the WDB Trust, Ditikeni Trust, and Wiphold Trusts had to undergo reverification of their BEE status or face investigation for fronting.

“Given that there has not been clarity in the market about practices with differences in opinion from market participants and the BEE commissioner, I am preparing a practice note that will be issued that can provide some clarity,” Patel said at a media briefing on Friday.

Owning the means of production

The past decade has seen an increasing number of JSE-listed companies leverage worker ownership to drive transformation. These include Vodacom, Sasol and Kumba Iron Ore.

Read: Workers to own 20% of Coca-Cola as part of BEE deal

The practice note to be issued by the Department of Trade, Industry and Competition (dtic) will ensure that the “evergreen [broad-based worker-owned] structures which provide longevity in the benefits for workers can also be recognised”.

Also addressing the media briefing was vice president of Business Unity SA Martin Kingston, who noted that although broad-based ownership schemes create much-needed value for companies and have a positive impact on the country’s transformation objectives, the implementation of the schemes is often challenging.

The challenges include educating beneficiaries regarding the risk and benefits involved in share ownership, the costs of putting together the transaction, the duration of implementing the structures, and the appropriate alignment of the structure with regulations.

“Every company wants to ensure that to the extent that it is part of a BEE transaction they are able to secure appropriate recognition in terms of their [BEE] scorecard. It is easily said but not so easily done,” he said.

Changes on the way

Patel also said the dtic is in discussion with business and labour at the National Economic Development and Labour Council (Nedlac) regarding possible changes to the Companies Act that would ensure that employees are represented on company boards.

The discussions, which are still in the early stages, are focusing on the rationale for worker representation on boards, the potential value for shareholders, the challenges presented and other legal considerations, Patel said.

“As soon as we have made sufficient progress for us to feel we have a framework that the government would want to put forward [to the public], they will be known,” Patel said.

there is still some value in this dying economy to be stolen! It will go on for 100 years if the economy can last that long which is highly doubtful.
this is EWC in the business sector!

Three things have contributed to the destruction of both the country and the economy:

The ANC led Government,
The way BEE is applied and ENFORCED by Government and
THE Unions..The tail that wags the dog

Anything and everything the ANC enforce is a disaster. Little wonder unemployment is at an all time high

Who wants to own a business when your Government tells you how to run it?

And Eskom wants a 15% wage increase. What planet are they living on? How to destroy a country in one easy lesson.

“Both NUM and Numsa are going into negotiations making salary increase demands of 15% and looking for one-year agreements, while Solidarity is asking for 9.5% as Eskom braces itself for tense engagements.”

All allies of the corrupt ANC

When your leaders put a communist intellectual dwarf in charge of your Department of Trade, Industry, and Competition, you can be assured that you will lose all trade, industries, and competition. Only the bankrupt central planning politicians will remain. The opposing criminal factions will provide the only competition as the economy regresses into an informal barter system without any industries or employment opportunities.

Let’s describe this department by what it actually delivers – the exporter of industrial capacity, competitiveness, employment opportunities, and social cohesion and the importer of the national debt, unemployment, and social unrest. This central planning intellectual dwarf creates industries and employment opportunities in the nations that compete with us. He creates a growing tax base for our competitors while he destroys ours.

Here we are dealing with a confused, mistaken, communist intellectual dwarf trying to boost trading, create industrial capacity, and increase competition in the economy, but delivering the opposite.

I get your theory and yes Ayne Rand is my goddess.

Reality is a bit different because nobody plays by the same rule book. We SHOULD create artificial means to protect our textile and clothing sector because China screws our country six ways with how they sell at their prices by subsidising their industry, same on a dozen other industries.

I agree 100%. Why did this department neglect and ignore the tariff mechanisms allowed by the WTO to protect local businesses against dumping? It was due to government’s redistribution agenda. They wanted the cheapest of everything until they realised that the DTI is creating an unemployment disaster and that their actions are destroying industrial capacity, leading to a shrinking tax base.

The DTI woke up after a disasterous 27 years when they started to feel these issues biting biting them on the behind. Their own salaries are on the line now. They have become the victims of their own socialist agenda.

Invest where you work. What could go wrong.

Oh give it a break already now! What a load of nonsense, can you not see how all this red tape is scaring off foreign investment? Just scrap BEE for goodness sake and make it free trade for all so we can get back to business and start attracting foreign investment into this country again! You keep doing the same thing over and over expecting a different result, how many more decades are you going to waste on this nonsense?

The definition of insanity they will keep amending BEE until it is 100% ownership. The only way to have investment come in is via BEE acquisitions that show they prop up International Investors, remember international offshore companies and corporations are not subject to our BEE policy, the reason for enforcement is that it does not look bad to the industry that these businesses do not want to form part of the BEE chain, so instead of losing investment get BEE deal done with “empowerment partners” and then if it goes bust they can blame the international investor instead because then the “BEE partners can dump their equity”. It is only a handful of successful BEE deals that have created long-term value, and those that have are far and few in between.

Could definitely see this coprolite walking around the dungeons of the Lubyanka with a truncheon. Possibly the conductor on a train heading faaaaaar to the East. Scary, scary man

Mr. Patel is the guy that said we can’t buy towels and plakkies during lock down? He doesn’t think about business type of matters properly does he?

For trade, industry, competition and workers, electricity is required.

I far prefer worker schemes to the typical scheme where already-rich become super-rich. Besides the obvious I do believe that when workers are invested and understand they are, it should work out better.

Sasol was maybe a bad example – probably all except the hired-help ended up underwater.

What would be far better for workers is if companies were compelled to set aside reserves for in-case-the-crap-hits-the-fan instead of distributing massive hired-help bonuses and dividends in good times, and retrenching workers en masse in bad times. It would not be too hard to calculate formula for a tax-deductible reserve.

Patel must explain to us why he has been presiding over a shrinking economy with steadily increasing unemployment. What’s the story, Morning Glory?