‘What is not urgently needed will be scrapped or delayed’.
By Andreas Cremer and Jurik Iser, Reuters 6 Oct 2015  15:49 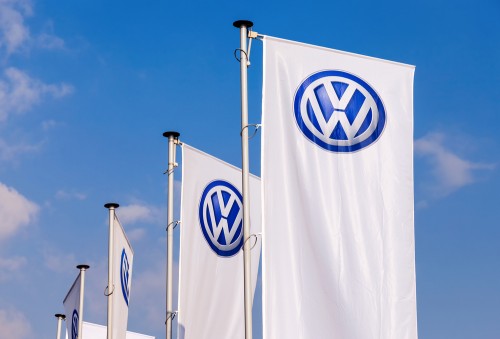 WOLFSBURG, Germany – New Volkswagen Chief Executive Matthias Mueller warned staff on Tuesday to brace for “massive cutbacks” in response to the diesel emissions scandal that has hammered the company’s stock and reputation.

Speaking to employees at VW headquarters in Wolfsburg, Mueller, who replaced longtime CEO Martin Winterkorn late last month, said all the company’s investment plans would be put under review and an existing cost-cutting programme accelerated, cautioning, “this will not be painless”.

It was the first admission that the emissions crisis, which has sent tremors through the broader auto industry, could lead to significant job cuts at the company, which employs close to 60 000 at its main factory, roughly 10% of its global workforce.

“We need to make massive cutbacks in order to manage the consequences of the crisis,” Mueller told more than 20 000 workers at the staff gathering, according to a statement released by Volkswagen.

“Technical solutions to the problems are within view. However, the business and financial consequences are not yet clear,” he said, adding that VW would review all of its investment plans.

“What is not urgently needed will be scrapped or delayed,” Mueller said. “And therefore we will adjust our efficiency programme. I will be very open: this won’t be painless.”

Workers at the meeting wore t-shirts emblazoned with the slogan “One team – one family” and held up banners declaring “We are Volkswagen.”

Earlier, Bernd Osterloh, the influential head of VW’s works council, said the scandal would impact earnings at the core autos division as well as bonus payments to workers.

But he played down the impact on jobs, saying there were no immediate plans to cut staff and stressing that workers would not “foot the bill for the wrongdoings of a group of managers”.

Mueller said the company’s more important task was to restore trust after it admitted that 11 million vehicles were affected by the rigging of diesel emissions tests. But he noted that thoroughness was more important than speed in clearing up the issue.

The company has an October 7 deadline to present a plan to Germany’s KBA regulator to bring diesel emissions into line with the law.

A letter sent to German lawmakers and seen by Reuters on Tuesday said that 8 million diesel vehicles in the European Union were fitted with software capable of cheating vehicle emissions tests.

Mueller said for some of the vehicles it would be sufficient to have software refitted, while others may need additional work on the hardware.

Sources close to Volkswagen’s board had told Reuters last week that it was considering cost cuts as well as measures to boost cash flow in order to prop up its credit rating.