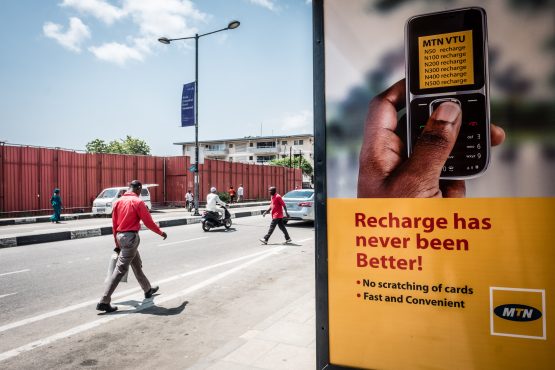 Pedestrians pass by an MTN advertisement at a bus stop in Lagos. Image: Tom Saater/Bloomberg

Nigeria’s ruling party urged the government to nationalise South African companies operating in the West African nation in retaliation for xenophobic attacks on its nationals.

Relations between Africa’s two biggest economies have been tense following attacks on businesses run by migrant Africans in Johannesburg, which sparked reprisal raids by mobs on the offices of the South African mobile-phone company MTN Group and stores operated by Shoprite in the commercial hub of Lagos and the capital, Abuja.

“Whereas South Africans continue to benefit from the Nigerian business environment and repatriating billions of dollars, the South African authorities appear jealous of the menial jobs which some Nigerians and other black people are involved in,” All Progressives Congress party Chairman Adams Oshiomhole said in a video clip broadcast on Friday by Lagos-based Channels Television. “It is worth it for the Nigerian government to take steps to take over the remaining shares of MTN that are owned by South Africans.”

The APC chairman recommended similar measures for other South African companies, the boycott of their products and the revocation of landing rights for South African Airways.

We promise not to nationalise Nigerian businesses operating in South Africa. Really

Its very sad what’s happening to the innocent foreign individuals, We hear from all the sides, everyone is condemning the actions of of tired and angry South Africans, I am condemning it too but I AM STILL WAITING FOR ONLY ONE PERSON FROM FOREIGN COUNTRIES WHO WILL CONDEMN THE UNACCEPTABLE BEHAVIOR OF FOREIGN NATIONALS WHO COMMIT DESPICABLE CRIMES IN SOUTH AFRICAN SOIL, DISRESPECTING THE LAWS, TARNISHING OUR HARD FOUGHT DEMOCRACY. We can speak lot of languages to stop the attacks but if the root course of the problem is not addressed, lot of innocent and guilty people will continue to suffer and lose their lives. Condolences to families whose lost their loved ones, MAY THE PERPETRATORS (SA and FOREIGN) BROUGHT TO BOOK and be isolated to the community of our beloved mother SOUTH AFRICA!

But whose poor management allowed many of them to get into South Africa illegally in the first place? The ANC.

What is the root cause?

MTN is a “sneaky” company- I say this because of what happened in Nigeria,where they failed the regulatory guidelines. Some this simple says a lot about the MTN management behavior and culture. Also in SA now to suddenly hike the price!

SA is being ripped of by the communication companies for data. It is very expensive compared to the rest of the world.

…and you are also going to ban DSTV?..yeah, sure sunshine!

Before we make suggestions, we need to first look at what caused the problem in the first place.

Fix the cause not the result, that comes later.

I do not believe for one moment that SA GOVERNMENT is endorsing and favouring the current state in our country. Be it xenophobic/afriphobic or pure criminality, SA must act against it in decisive manner (the Gov must not undermine human rights of SA citizens as inscribed in our ruling document).

NOTE: this does not only affect nigerians/foreigners, it negatively affects the SA citizens too!!

However, both Nigerians (and their government) must work with SA government and her citizens to finding a fair&constructive long-lasting solution.

They must desist from threatening SA. SA GOVERNMENT must not take kindly to these threats:
1. They say boko haram is coming.

2. Ruling party proposes the nationalisation of SA owned companies – even if it does happen, the mere fact that they are even discussion it in parliament is a greater cause for concern!

All non-SA people who are here illegally MUST BE DEPORTED! Those who have proper documentation (including work permits) – NEED TO BE BRINGING A REAL SCARCE SKILL TO OUR COUNTRY. HOME AFFAIRS NEED TO GET THEIR HOUSE IN ORDER TOO – so many foreigners own our GREEN BOOK & even worse they have our so called SMART ID BOOK NOW!

Many small business and relatively large companies fail for only one reason, when demand for their product and services decline.i think the effect of drugs has been obvious enough to everyone to cause them to develop a level of descipline to avoid trying it which will in turn have a rippled effect on the supply of drugs.there is a law to supply which is demand. Kill demand, kill supply.kill supply and your loved ones will result to other things like glue,robbing people of their Arv’s. Now do we say that the government should stop supplying Arv’s? Now if you take a look at yourself in a mirror and notice something on your face, do you wipe the mirror to get the thing off your face? You wipe your face and the mirror corrects itself. If someone is selling you something unacceptable, STOP BUYING and the person would have no choice but to stop selling. But people are so indesciplined and enjoy blaming people for their greed, curiosity and lack of descipline. We all forget that a trade with high profit potential can never be killed by an approach to eradicate a group cause it is perceived that they facilitate the trade but do you ever wonder how this things make it into the country if only south africans work at the airport?are south africans the morally perfect people that wouldnt trade drugs? There is more non drug related crimes in south africa than it is anywhere in africa but because we tend to always see other peoples fault and not ours.no one is being forced to take drugs.we teach our children sex education and ignore drugs because we have someone to blame.How sad, we are trying to kill a tree by cutting its branches and not its roots. Listen, south africa has proven to be a fertile ground for drugs, if nigerians leave, Brazilians, Argentines, and other drug known nationals would come. The solution is for south africans to descipline themselves and stop buying this things and the supply would die off. Would you try selling a product that no one is interested in buying? Think about that!

……got tired reading past line 7

Paragraphs would have helped

Drug allegation against people is pure lie and a pretext to justify the heinous crime committed against Nigerians and other foreign nationals.

How do you know drug allegations against Nigerians are lies?

Colson: It is very clear how I knew that drug allegations was pure lie and a pretext to steal from the foreigners. When Police Minister Cele asked the Jeppestown men hotel why they attacks foreigners hear what they say that foreigners stone the police car in Jhb cbd which is ridiculous and absurd because they can’t use drug sentiment anymore. South Africa need to educate their people as I said earlier no one commit crime morethan South Africans who went on killing people even their own people, raping women and their children while murdered them. Education as Nelson Mandela said that it is the most power weapon which you can use to change the world. Nigerians are educated and indistrious South African drop their ego and learn from this guys on how to successful in life without depending on their Government for everything. You can not expect love from whom you hate as you hate Nigerians. I love South Africa and know that is not all of them are into this heinous crime against humanity.

Where I work (University) There are so many Nigerians… Including deans and head of schools… So I don’t know what you talking about. In fact, this is the type of talk that sparks the whole thing…

You say ‘there are so many Nigerians’, how much is many?

So many vague statements all over internet. Give us some facts to chew on people.

Why not open your own business in Nigeria? Why come all the way here?

Nigerians (and brazilians, swedes and even australians) are welcome here if they operate legally. Legally means everything from immigration, residency, permits, tax, health & safety to employment regulations. assume drugs and prostitution and fencing stolen goods are off the table to start with.

This is opportunistic politics.

The perfect storm has occurred.

Since the last election the Zuma/Gupta/Ace faction has been quietly stirring the pot trying to get CR out. This is perfect for them to throw petrol on the fire, incite people to riot more than they do, burn trucks, rape, kill, cause chaos and hide behind what they have told the people that it is the foreigners taking jobs, bringing in drugs etc. The Zulu king started it a few years ago and it has moldered ever since.

Politicians with loose mouths looking for votes and being stupid idiots they start something they cannot stop.

This week MoneywebNOW looked at the tech trend reversal, a cautiously optimistic PGMs outlook, decent growth in residential property, whether sovereign bonds offer value, and how the local wine industry is faring. 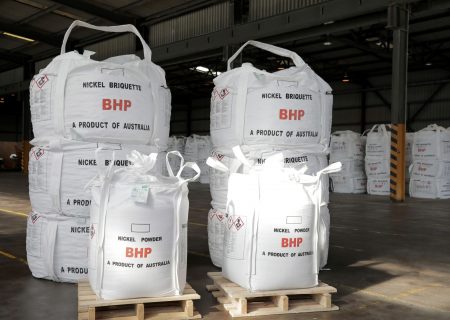