Not so rosy year ahead for Five Roses owner AVI

Growth in the group’s food business offset by the poor performance of its footwear businesses Green Cross and Spitz.
By Suren Naidoo 10 Sep 2019  00:26 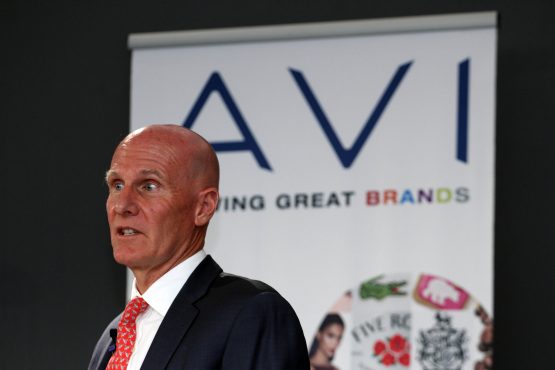 If South Africa’s economic environment does not “materially improve” over the next year, 2020 is set to be another tough financial year for AVI, the consumer goods group that owns big brands such as Five Roses tea, I&J frozen fish, Willards chips and the Spitz shoe chain.

This was the message from AVI Group CEO Simon Crutchley, speaking during the company’s 2019 full-year results presentation at the JSE on Monday.

“It’s a tough consumer environment in SA and you can see this in our results,” he said. “AVI is a business that depends on volume sales, and like-for-like volume sales are down compared to 2018. We expect the tough trading environment to continue with constrained consumer spending.”

AVI reported operating profit for the year down R34 million to R2.5 billion, however this was also impacted by R27 million in restructuring costs at its Green Cross shoe unit. The further write-down was related to the closing down of its Green Cross shoe factory in Epping, Cape Town, and contributed to the R36 million loss suffered by the division.

Another hit to operating profit was a R29 million loss related to fuel hedges in the I&J division. Besides the woes in its Green Cross unit, AVI’s Spitz shoe chain also came under significant pressure, with operating profit down R50 million to R320 million. However, the poor performance of its footwear business was offset by growth in its food divisions, Entyce Beverages and Snackworks.

Crutchley says around 80% of the group’s profits come from its foods business. “AVI’s strong grocery business performed well, notwithstanding the tough economic and consumer environment.

“We have strong brands that are supported by relevant innovation and remain appealing to many consumers.”

He notes that the beverages division stands to benefit in the 2020 financial year from lower rooibos prices following good rains in the Western Cape. Lower butter prices are also expected to benefit its Snackworks division, which makes Bakers biscuits.

Crutchley says the group plans to invest R472 million in expansion projects. Most of this will be pumped into its foods business, while the focus on its footwear chains will not be on the opening of new stores but on the refurbishment of existing stores.

“If a bellwether company like AVI with strong consumer brands only shows a year-on-year increase in revenue of 1.2%, leading to a 3% decline in operating profit and an unheard of 4.9% decline in Heps [headline earnings per share], it is indicative of the consumer buying less and the dire straits of the FMCG [fast-moving consumer goods] economy in general.”

“This shows that in a tough economic environment the consumer is quite happy, due to necessity, to buy food or the occasional treat. However, they will put off buying shoes or perfumes,” he says.

Nobody escapes 9 years of Zuma misrule.

To succeed in tough times demand a tough manager – not someone throwing in the towel even before trying. Shocking. Perhaps he should resign now – oh….of course his lucrative contract will then end. So—–hang in there and take a salary for as long as you can….

Illpill – I don’t see any indication of Crutchley throwing in the towel, not sure where you gleaned this mis- information from- rather buy the company than the person

Very dissapointed in the way AVI has treated Greencross.

I am not one to give SA trade unions much credit, but they did call this one “When AVI moved to buy Green Cross from the Zeppel family in 2012, the South African Clothing and Textile Workers’ Union (Sactwu) warned competition authorities that the listed company “lacked commitment regarding local manufacturing”, and could end up “curtailing” local manufacturing.”

Now before the gung ho ardents of extreme laissez faire capitalism that dominates MW attacks me, to point out that this is just the naturual cause of things and that a business that does not turn a profit has no right to exist, cvonsider this: Before AVI took over Green Cross it made an operating margin of 25% in 2013, last year it eked out 2%…

Where is the value add that AVI brings? Continued concentration where large businesses acquires small operators will be the death of capitalism. Make no mistake capitalism has proved itself to be the best way to uplift people, as we have seen in Asia and Eastern Europe over the past two or three decades. But in my time I have seen various takeovers of profitable, well run businesses by big conglomerates over the years and in very few instances have that been succesful. More often than not it just results in job losses and the destruction of the acquired business.

If we want capitalism to survive we need to speak up when it is beiung perverted, like in this instance.

Nearly 500 people are now without a job for no real reason.