Tribunal says NPC was never involved in the price war and that there was no need for it to get involved. Image: Shutterstock

A decade-long investigation into a cement cartel by the Competition Commission (CompCom) has been finalised, with the Competition Tribunal dismissing a case of indirect price fixing and market division against Natal Portland Cement (NPC) Cimpor.

PPC previously admitted to being part of the cartel, after the commission raided the premises of the major cement producers in June 2009, and was granted conditional leniency and immunity from prosecution.

AfriSam and Lafarge subsequently admitted to contravening the Competition Act.

This left NPC, in which the three cement companies had been equal shareholders until 2002, as the only remaining company facing the commission allegations.

NPC denied it had contravened the Competition Act or that it was liable to pay an administrative penalty.

The company denied the CompCom’s allegations that it had been party to anti-competitive arrangements and meetings, including a meeting in Lisbon in Portugal in 2002 between Lafarge and NPC executives that allegedly culminated in an agreement to give NPC an advantage in KwaZulu-Natal.

This led to the CompCom referring the case against NPC to the tribunal for prosecution in 2015.

It alleged the companies had agreed in 1995 to allocate each cement producer the market share it had held before 1996, when a lawful cement cartel existed under apartheid and the cartel had agreed to collude and divide up cement markets in South Africa, Lesotho, Botswana, Swaziland and Namibia.

The commission had further alleged that a second agreement was reached in 1998.

The so-called ‘Port Shepstone Agreement’, which was the main thrust of the CompCom’s case against NPC, refined the 1995 agreement and reallocated market shares.

The commission alleged the cartel conduct commenced in or around 1995 and continued until at least 2009.

The crux of the commission’s case was that the cement companies, following a price war that was devastating for the producers, held a series of meetings that culminated in the 1998 meeting held in Port Shepstone.

The CompCom argued that a consensus was reached at that meeting, which constituted a cartel that included NPC.

In dismissing the commission’s complaint against NPC, the tribunal concluded that the discussions between Lafarge, AfriSam and PPC centred around the allocation of their market shares, transport costs and profits and not NPC’s.

The tribunal said the legal cartel, which existed with the approval of the then Competition Board, did not include NPC.

Prior to the demise of that cartel, Lafarge, AfriSam and PPC met during 1995 to discuss the maintenance of market shares, based on the shares each company enjoyed under the legal cartel, but NPC was not part of these discussions, it added.

The tribunal said although much was made by the commission about the presence of NPC MD Piet Strauss at the Port Shepstone meeting, he was clearly not very active and was decidedly disinterested in what was discussed by the others.

“While it is true that a reasonable suspicion may exist that Strauss [NPC] played a greater role at the Port Shepstone meeting than may appear at first blush and that he may have involved NPC in cartel arrangements, the facts don’t adequately support such a suspicion.

“Mr Strauss’ actions post the takeover of NPC by Cimpor are hardly indicative of a person either involved in cartel arrangements or trying to maintain those arrangements,” it said. (Cimpor is a Portuguese cement group).

The tribunal added that it was common cause that PPC, Lafarge and AfriSam had reached consensus on maintaining market stability according to international cement rules, and that the price war engaged in by the three had hurt them financially.

It said the Port Shepstone agreement resolved those issues among the three of them.

The tribunal said NPC was never involved in the price war and there was no need for it to get involved.

“It was operating at maximum capacity which it could not increase and operated mainly, almost exclusively, in Southern KwaZulu-Natal where the others had only a limited presence and where selling cement at competitive prices was challenging because of the transport costs in doing so.

“NPC took steps to expand its capacity after the takeover by Cimpor. Prima facie that was inconsistent with a capacity-based market sharing agreement,” it said.

That it’s taken TEN years to reach this conclusion, is insane.

And in the meantime cheap ( and inferior) imports from Vietnam, China and India have been allowed to thrive and destroy the SA cement business ( including jobs and tax revenue) . Insanity indeed! 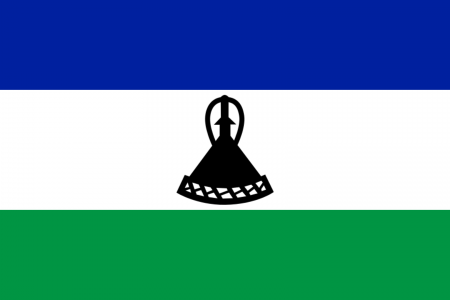