‘Eskom has done many studies about nuclear power and we are dusting those off,’ Molefe says.
Paul Vecchiatto, Bloomberg 4 Nov 2015  14:22 Eskom Holdings, South Africa’s state-owned electricity utility, is preparing to take part in the country’s plan to procure as much as 9 600 megawatts of nuclear-generated power, its chief executive officer said.

Nuclear energy will be the company’s focus after it completes a plan to refurbish its existing power plants and build what will be Africa’s two biggest coal-fired facilities, CEO Brian Molefe said in an interview in Cape Town. The company will add more than 17 000 megawatts of new capacity to the national grid over the next five years as it spends R280 billion ($20 billion) to upgrade plants, 64% of which are in their midlife, it said in June.

“Once that programme tapers off in about 2021-22, then nuclear will be the next big thing for Eskom,” Molefe said. “Eskom has done many studies about nuclear power and we are dusting those off. These include the environmental impact assessments and where the nuclear power stations should be located.”

In June, the Department of Energy said it will take over from Eskom as the lead agency implementing the country’s multibillion-dollar nuclear-reactor programme after the utility said it was unable to handle the programme given its funding constraints. The company, which supplies about 95% of the nation’s electricity, had planned blackouts once almost every second day in the first half of 2015 because it can’t meet demand from aging plants following years of underinvestment.

The government plans to add more atomic energy to the national grid by 2029 as the country grapples with shortages that have curbed mine and factory output and limited investment. Price-tag estimates for as many as eight reactors range from $37 billion to $100 billion. Eskom operates the continent’s only nuclear power plant — the Koeberg facility near Cape Town that supplies about 4% of the nation’s electricity.

“The life of a nuclear asset is typically 60 years, and its pay-off time is around 20 years,” Molefe said. “Koeberg was paid off in 18 years. So it is totally feasible that we can raise the required borrowing,” he said.

The country’s energy plan lists Eskom as the owner and operator of the new nuclear fleet. The blueprint for the country’s electricity supply, called the Integrated Resources Plan 2010, is due to be updated by the end of April.

The Department of Energy is the procurement agent for the entire nuclear-build program, Zizamele Mbambo, deputy director-general of nuclear energy, said by phone. The government has assigned specific roles to different state-owned entities, he said.

“Eskom is the only organisation in the country that’s got the experience of operating a nuclear power plant,” so it will serve as owner-operator of the project, Mbambo said. “There will be other entities that will be created as we expand the programme.”

Open letter to the Dept of Energy and Mr Molefe – Eskom , Moneyweb Editor and anyone who wants to listen, we as a country are taking Nuclear advice from the Russians, they who has one of the biggest catastrophes of all time with Chernobly (24 years ago) reports indicate that nearly a million people were affected by mainly Cancer after the reactor failed, the official records reflect only 4000 dead.

I don’t profess to have the answers, but PLEASE don’t destroy our country, or kill our people by your arrogance, or kick backs (not saying its happening, but certain Minister’s insistence makes me worry). And where theirs smoke theirs usually fire. Go to Global Research via Google and see for yourselves. TRUE PASSIONATE SOUTH AFRICAN. May God protect us all People should not fear spread of Covid-19 in food, packaging – WHO 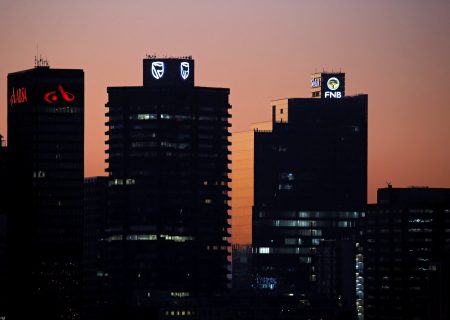 Tebogo Tshwane / 14 Aug 2020
This is the outcome of Ramaphosa's meeting with social partners at Nedlac.
27