Naspers and the president with a potent button at his fingertips, Huge Group and enormous patience, the buying up of shares in print and packaging group Novus and York Timbers … and an apology from this columnist.
By Ann Crotty 10 Aug 2021  00:01 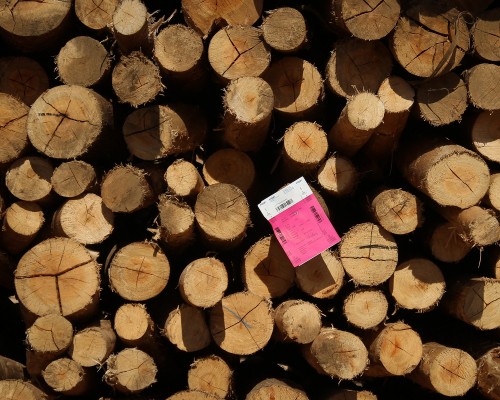 It looks like some sort of asset-stripping exercise may be on the cards for Novus and York Timbers. Image: Dean Hutton, Bloomberg

It’s been a scary week for Naspers shareholders: the 12-month long share price graph looked reasonably stable until five days ago when the line dropped over a cliff. Friday did bring a little welcome relief but for how long?

Anyway now everybody knows what they should have feared as soon as President Xi Jinping showed he was consolidating a powerful position within the Chinese Communist Party – nothing is sacred in his bid to protect what he believes to be in the best interests of the Communist Party and China.

That includes the ‘variable interest entity’ (VIE) structure that was created to get around the fact that foreigners are not allowed to invest in a plethora of Chinese industries.

Essentially it is a structure designed to break the intent of the law.

It has been tolerated by the Chinese authorities for most of the past 20 years because it has resulted in foreign investors providing hundreds of billions of dollars for the development of various, mainly tech, Chinese businesses.

For the Chinese authorities the VIE is a button that can be switched off at any time.

Up to the last few weeks most analysts believed that was a nuclear option the authorities would not resort to, but if Xi believed it is in the best interests of China and the Communist Party the switch might be used.

VIEs have been challenged on a few occasions, not by the Chinese authorities but by the Chinese entrepreneurs who own the businesses. On each occasion the Chinese courts have ruled in favour of the Chinese owners, to the disadvantage of the foreign investors.

All in all, things are likely to remain volatile on the Naspers front for the foreseeable future.

On a more prosaic note, the Huge Group put on a brave face last week, with a Sens stating that it “was pleased” to announce that shareholders holding 1.9% of Adapt IT shares had accepted its offer.

Presumably this means the end of a long-drawn-out controversial control battle; one that probably provided more value for the media than any of the shareholders involved.

The shareholder profile at print and packaging group Novus continues to change, with another one of the long-term shareholders selling out.

This time it was Prudential Investment Managers, which sold its remaining 11.8%; Peresec Prime Brokers appears to have been the buyer as its Novus stake had increased to 14.3% by the end of the week.

The directors of A2 Investment Partners have also been building up a significant holding in Novus, so perhaps there’s some action lined up for this company, which has had such a disappointing existence since it listed on the JSE at around R15 in 2015.

The same two parties – Peresec and A2 – are also busy buying up shares in another long-term underperformer, namely York Timbers.

Last week York released a Sens informing shareholders it had received a demand to call a shareholders’ meeting.

The purpose of the meeting is to appoint the two A2 executives – Adrian Zetler and André van der Veen – to the York board.

That the appointments require this move suggests not everyone at York is happy about the new shareholders.

So presumably we can expect more action on this front also. But given that York’s major competitors are government-owned entities that aren’t too concerned about making profits, it could be a long time before any potential is realised. It’s difficult not to assume some sort of asset-stripping exercise is on the cards for both Novus and York.

Last week this column inadvertently praised the Anglo American group for avoiding the potential destruction of a share buyback.

Huge apologies for that.

It seems that about the same time the column was being written Anglo was announcing a $1 billion share buyback as well as a $1 billion special dividend.

This buyback programme is considerably smaller than the previous one, but it is puzzling how Anglo – or any company – can describe the repurchase of shares as a return to shareholders. Once the shares have been repurchased, the seller is no longer a holder of those shares. A purer form of return is the special dividend – the seller gets a great cash gift and remains fully invested. The dividend option also avoids potential disruption to market-making forces.

It is surprising that investors who claim to dislike any interference in the market are so happy for companies, the ultimate insiders, to commit considerable resources to buying back their own shares.

At least South Africans have the benefit of UK regulations, which require Anglo to disclose its repurchase activity on a daily basis.

By contrast, in terms of the JSE’s incredibly flabby requirements, Anglo would only have to disclose repurchases months later in its annual report.

How the JSE gets away with this shoddy level of disclosure has been a puzzle for years.

Keep up the pressure on share buybacks ! Whether it’s a major issue with Anglo I’m not sure, but in smaller and illiquid companies with limited price discovery it often seems to be related parties who manage to get their shares repurchased.