An ‘unintended consequence’ of Quilter and Nedbank separation …
By Hilton Tarrant 6 May 2019  00:06 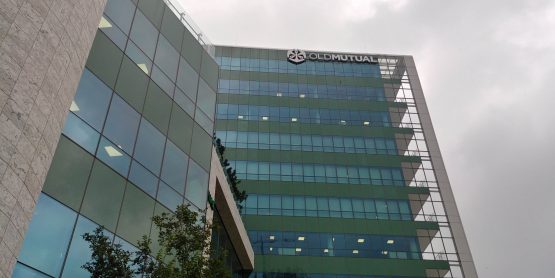 Old Mutual FD Ingrid Johnson, who was also acting CFO of Old Mutual until Casper Troskie took over as FD on April 1, 2018, received proceeds from the settlement of various options totalling £5.035m. At an exchange rate of R18:£1, that equates to R90m. Picture: Moneyweb

Executive directors and prescribed officers at Old Mutual Limited netted one-off proceeds in excess of R46 million as an “unintended consequence” of the managed separation process. The group says the distributions “include the once-off Quilter and Nedbank distributions (vested immediately) as a result of the Managed Separation to compensate participants for the effect of the unbundling on the value of outstanding awards”.

In effect, executives received immediate settlement of the portion of the incentive shares that were distributed.

The UK wealth business Quilter and Old Mutual’s 32% stake in Nedbank were unbundled to shareholders on June 26 2018 and October 15 2018 respectively. In total, R38.8 billion worth of Nedbank shares were distributed.

Peter Moyo, chief executive officer of Old Mutual Limited, received R13.749 million in distributions from Nedbank and Quilter. Although one-off, this is still a significant portion of his remuneration total for 2018 of R50.571 million. The remaining prescribed officers received dividends from the distributions of between R2.1 million and R8.9 million each. Of the 10 disclosed, only chief financial officer Casper Troskie and MD of Old Mutual Insure Garth Napier did not receive distributions; both joined the group during 2018.

The remaining members of the group’s executive committee as well as other management would also have received distributions under its share plan. These, however, are not disclosed.

Thoko Mokgosi-Mwantembe, who chairs the group’s remuneration committee wrote in its Remuneration Report: “We note that the settlement of the Nedbank and Quilter unbundling dividends was an unintended consequence of the Old Mutual plc share plan for our employees, which led to early vesting and reduction of ‘lock-in’.”

She adds that the committee has “thus ensured that the new share plans which have been in place since listing do not permit the settlement of such exceptional distributions, and require that the underlying number of awards are adjusted, with any such proceeds being subject to the same time-vesting and performance conditions applicable to the underlying share awards.”

** Johnson continued in her role at Old Mutual plc, but the remuneration disclosed by the group is for the period to June 30, 2018. Distributions disclosed are for Quilter only.

Johnson’s role in the managed separation process is complicated. Until Troskie’s appointment, she was both acting CFO of Old Mutual Limited and FD of Old Mutual plc. She remained on the board as an executive director until June 30, 2018. Her remuneration disclosed in the group’s report is for the period to end-June. This explains why only distributions related to Quilter are disclosed. She continued as FD at Old Mutual plc from July 1. Earnings in relation to this have not been disclosed. Under the group’s long-term incentive plan, the fair value of Johnson’s shares as at December 31 2018 was £1.8 million. During the year, she received proceeds from the settlement of various options totalling £5.035 million. At an exchange rate of R18:£1, that equates to R90 million.

Given the listing of Old Mutual Limited as a new entity on the JSE, the group will table its remuneration policy and the implementation thereof “for separate non-binding advisory votes” at its annual general meeting (AGM). It says it decided to engage with investors early on to identify and understand any areas of concern.

“Our board chairman held a shareholder roadshow in November 2018, discussing the remuneration votes for the upcoming AGM. In particular, performance targets and the explicit linkages to executive director remuneration were discussed.

“There was general consensus from the shareholders that the proposed targets were acceptable and that the overlap between short and long-term incentive metrics was appropriate. The methodology for reflecting earnings from Zimbabwe was one of the significant matters raised.”

What about the R200 m that CEO Hemphill receives – for breaking up a company.

Obscene amounts of cash for people doing a job they are already well paid for. Ugly.

I am very pleased that there was shareholder unlock for some, I
certainly did not see any.

Me neither, clearly we were not included in that elite cabal of OM shareholders called the ” unintended consequences group”. The reason for this corporate action of separation now becomes abundantly clear.

The ‘lesser spotted’ OM execs should show face to the staff every now and then. I can guarantee you some of these people had practically zero to do with the unbundling. If only this money could have been used on systems and technology that are so unreliable they must be running on DOS and something from the last century. When the system falls over every time you try and send and email yet execs get R46m for Hemphill’s work then something ain’t right.

Whoever started the trend of financial services paying out bonuses in shares created an evil. None of these perks are deserved. All should be paid cash bonuses, that’s all they deserve!