While weighing exiting some markets on its home base, as part of a refreshed strategy to focus on more profitable areas of its operations.
By Loni Prinsloo and Roxanne Henderson, Bloomberg 29 Oct 2020  09:18 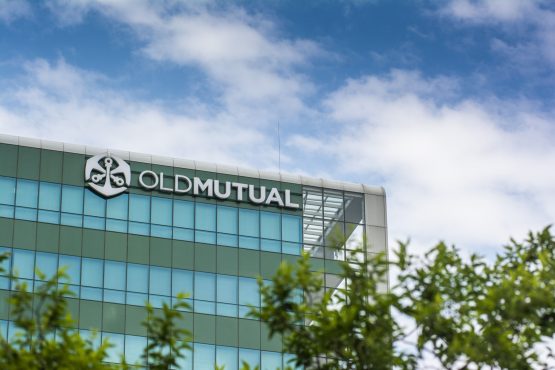 Africa’s oldest insurer plans to expand its business in China, while weighing exiting some markets on its home base, as part of a refreshed strategy to focus on more profitable areas of its operations.

Just three years ago, Old Mutual was considering selling its 50% stake in the venture. At the time, the firm was reversing a nearly two-decade-long global expansion by dismantling operations from the US and the UK to India and Latin America to narrow its focus on sub-Saharan Africa. The unbundling was completed in 2018.

Now, Old Mutual is seeing growth in the “high double digits” from its Chinese venture, Chief Executive Officer Iain Williamson said in an interview. Demand for its products in the world’s second-largest insurance market went up even as the coronavirus pandemic hit most of its other units, he said.

“Our Chinese business is very small and has a lot of growth potential,” said the CEO, who took over in July, after 30 years with the company, the latest as chief operating officer. “The regulator has indicated they’re keen for us to advance our business in the country.” Old Mutual stuck with the partnership with China Energy Investment Corp., one of the world’s biggest power producers, after resolving ownership issues following a consolidation of the nation’s utilities. It also boosted profit margins and expanded the business from merely taking administration fees to covering critical illness to life insurance, Williamson said.

The venture, inherited from a 2006 acquisition, now owns licenses across nine regions, including Beijing and Shanghai, he said. It also has access to China Energy’s 350,000 employees.

Old Mutual, founded in Cape Town in 1845, generates about 80% of its revenue in South Africa, where a lockdown to slow the spread of the coronavirus hit sales, and spurred more business-interruption and funeral claims. The insurer also entered 2020 still locked in a legal wrangle with its ex-CEO, who tried to get his job back after being dismissed in 2019.

In terms of economic recovery, other countries on the continent appear to be lagging two to three months behind South Africa, Clement Chinaka, the managing director of Old Mutual’s rest of Africa unit, said in the same interview. Old Mutual has operations in 14 African countries, with listings in Johannesburg, Blantyre, London and Windhoek. “We’ve been talking about fixing our East Africa business for the past two years, so we’ve been putting in the necessary skills, and expecting some traction to come through from that,” he said. Old Mutual expects additional growth to come from its West African businesses, said Chinaka.

“There are also a couple of markets that have been earmarked for exits at the right time,” said Williamson, without identifying specific countries. Current market conditions don’t allow for easy disposals, he said.

Moshe Strugano (Owner of Moshe Strugano and Co Law Firm) says this is a great step. It will definitely provide boost to your business. Yes we always need necessary skills to get things go positive.