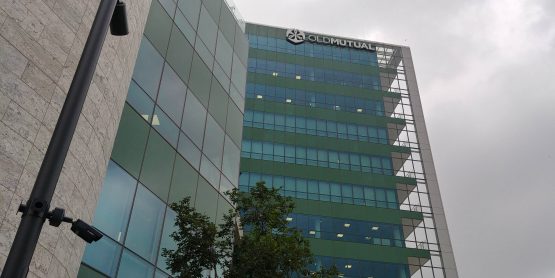 The holdings don’t tell the full story; dividends also have to be taken into account. Image: Moneyweb

Are Old Mutual shareholders in a better position following the managed separation process that was completed late last year?

The announcement that the plc group would (effectively) be split up was made in March 2016. The four components of the group as it existed until last year – an African insurer, UK wealth management business, US asset manager and a stake in Nedbank – really made very little sense together.

Now that the separation is materially complete, is the sum of the various parts that shareholders now have worth more than the previous whole?

Let’s consider a shareholder who held 12 000 shares in Old Mutual plc (OML) prior to the unbundling. At the closing price pre-unbundling of R37.83, the shares would’ve been worth R453 960.

Two transactions took place on June 26, 2018, effectively the major part of the separation. Old Mutual Limited (OMU) listed on the JSE; this comprised the Old Mutual Emerging Markets business, the group’s 52% holding in Nedbank, as well as the ‘residual’ plc business. Shareholders received one share in OMU for every one share they held in OML. This translates to 12 000 shares for our shareholder.

At the same time, shareholders received one share in UK wealth management business Quilter for every three shares they owned in Old Mutual Limited. That translates to 4 000 Quilter shares for our shareholder.

Read: Quilter jumps on debut after being spun out of Old Mutual

Using the Friday May 10 closing prices of the three JSE-listed entities, we can calculate a current value of R490 453 for the holdings.

The holdings themselves don’t tell the full story. Dividends also have to be taken into account.

At an assumed total dividend for 2018 of around 7.5 pence per share, had Old Mutual not been broken up, and even presuming some sort of special dividend, it would be difficult to get anywhere close to the dividend flow shareholders have received in the past 11 months.

Post separation, in August last year, Old Mutual Limited (OMU) declared an interim dividend of 45c per share as well as a special dividend of 100c per share. This came as a result of excess capital identified following “a review of all capital available at June 30 2018, and taking into account capital and liquidity projections to the end of the financial year”.

Wealth business Quilter declared a special interim dividend of 206.42952 cents per share, and no normal interim dividend (which it had telegraphed to the market prior to listing). The special dividend was a return of the “surplus proceeds” from the sale of its “single strategy” asset management business. It declared a final dividend of 61.92028 cents per share for the period to December 2018.

Old Mutual (plc) shareholders would’ve also received the final dividend declared by Nedbank, as the insurer’s holding in the bank was unbundled in October. The bank declared a final dividend of 720 cents per share for the period to December 31.

Not much value unlocked

The 8% increase between the value of Old Mutual plc shares immediately before unbundling in June last year and Friday’s close seems poor, considering that the managed separation was surely meant to unlock significant value for shareholders.

Sanlam is not a perfect comparison (by any stretch), but its shares are up by a similar amount (8.8%) over the exact same period. The JSE Top 40 is up by about 3% over the nearly 11 months, while the JSE All Share Index is up about half of that.

Of the 7.5 million Nedbank shares that formed part of the offer, 7.056 million (or 94%) were sold either through election or by default. Only 6% of the shares which formed part of the offer were specifically retained. The offer price of R276.47672 was at a 5% premium to the 10-day volume weighted average prior to the finalisation. While slightly higher than the current Nedbank share price, anyone who sold under the offer would, quite obviously, no longer be able to participate in any future upside in the Nedbank share price. They would’ve also not received the final dividend paid in April.

Unit holders or shareholders always get forgotten. The execs think that they did the hard graft and yet the shareholder’s money got them there and keeps them there.

Here’s hoping the execs will think of staff when their (staff) computers freeze for the umpteenth time during the day. This is hardly something that needs attention when you can pay yourself an unintended bonus!