Omnia rewards shareholders with another R1.4bn 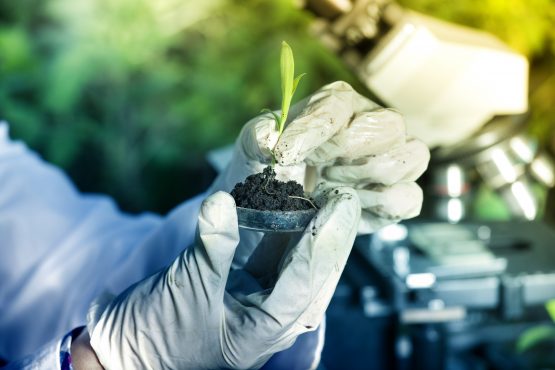 Omnia expects stronger demand for biological products, and is expanding its presence in the US and EU markets. Image: Shutterstock

Omnia was not popular with investors back in 2019 when it announced a rights issue of R2 billion to get the company back on track. The share price – already low at R40 after years of weak results – fell to only R25 when management said that new shares would be issued at just R20.

It took a few weeks to convince shareholders, but they came around after heavyweight investors such as Allan Gray, Coronation, Old Mutual, Foord and Kagiso agreed to underwrite the rights issue. Management’s decision was proved right as the rights issue was oversubscribed.

Less than three years later, the latest results show that shareholders who believed in management in 2019 did very well.

Read:
Omnia’s remarkable turnaround
I should have bought Omnia shares

That Omnia created value is proved by the fact that shareholders got R2.4 billion back in less than three years after ‘helping out’ to the tune of R2 billion.

The latest results put Omnia on a price-earnings ratio of just above 11 times as investors showed their appreciation for the increase of nearly 80% in headline earnings per share, as well as voicing expectations that growth will continue.

Omnia CEO Seelan Gobalsamy indicated during an interview with Moneyweb that the good performance of the last year or two can be maintained as the current business environment is good for its operations, but also because Omnia has made important changes within its various units.

All the divisions in the group performed well. The agriculture segment is still the biggest division by far, earning nearly 45% of the group’s revenue and more than 60% of the profit before tax. It achieved a 44% increase in net revenue from continuing operations, excluding Zimbabwe, to R11.2 billion and operating profit increased by 115% to R1.2 billion, also excluding the effect of volatility in Zimbabwe.

The figures show that the Zimbabwean operations suffered a loss of R170 million compared to a profit of R180 million in the previous year. This swing of R350 million, and accounting for devaluation, hit Omnia’s operating profit by nearly R500 million.

“Demand is strong as recent events focused governments and farmers around the world on the importance of food security.”

He quips that Omnia sent a lot of fertiliser to the Western Cape in anticipation of high demand from wheat farmers following the start of the Russia/Ukraine conflict.

The mining division did very well, posting an increase of nearly 80% in operational profit to R514 million.

Gobalsamy says Omnia’s mining division is less sensitive to commodity prices over the short term than most people think, because miners tend to buy supplies well in advance. “We only enjoyed the tail end of the recent increases in commodity prices during the past year. The benefit will continue to flow through this year.”

The chemical division has had a better year too. “We made important changes, moving to a customer-focused business model. We changed how we interact with customers and we changed our product mix,” says Gobalsamy.

He adds that since 2019 Omnia has benefitted from making difficult decisions and sticking to them, and believing in the business. “It is a good business that contributes positively to life,” says Gobalsamy, mentioning new products that enhance food production and cleanse water, while caring for the environment.

Omnia expects that improvements in agriculture technology and its adoption will create stronger demand for biological products, and it is expanding its presence in the US and EU markets.

“The expansion of our global biostimulant footprint will also be in focus through new distribution channels and strategic international partnerships,” says management in their review of the results.

The mining division is expect to benefit from the increase in metal commodity prices, which benefits mining production globally.

It notes that unfortunately the southern African mining sector, despite promising mineralisation, continues to face headwinds through constrained infrastructure and unreliable provision of utilities.

The chemical division is expected to hold its own. “Our ability to reliably source products through global partners and principals will ensure that customers’ requirements are met,” notes management.

“The development of green, environmentally friendly and alternative chemistries and technologies across key sectors is gaining good momentum.”

“Since the rights issue in 2019, Omnia has returned R14 per share back to shareholders.

“While results have been strong, [this] has fallen short of our initial expectations of 840c. The results were impacted by the increased operating costs in the SADC [Southern African Development Community] agriculture division and from losses on a fixed price contract in Zambia, which impacted margins negatively. Furthermore, the Zimbabwean results were also subject to hyperinflationary volatility,” says Adia.

She says Omnia is trading at a forward price-earnings ratio of 7.4 times, which falls below the average of 10.6 times over a five-year period.

“We expect earnings will improve further in financial 2023 due to growth from existing operations and international expansion from new contracts in Canada and Africa. Omnia’s increased focus on cost cutting and profit margin improvements will also support earnings growth.

“We are particularly impressed by Omnia’s unique ESG [environmental, social and governance] approach, which is focused on green technologies and the nutriology value proposition that not only enhances yields for farmers, but is environmentally friendly,” says Adia.

She values Omnia at R100 one year out, which implies there is still upside of 32% from the current price of R75.90.