A slowdown in the manufacturing and mining sectors as well as drought conditions weighed on the chemical maker's business. Picture: Supplied

South African chemicals and fertiliser maker Omnia said on Tuesday it will evaluate the returns from its business units and look at cost cutting as it battles high debt and thin margins squeezed by difficult trading conditions.

A slowdown in the manufacturing and mining sectors and drought conditions have weighed on Omnia’s business, which produces various chemicals and industrial products, fertilisers and explosives.

“You can see the pressure on our customers are being put on us in terms of margins. So it is very important for us to make sure our input costs and our operating costs are inline with the current market conditions and that is what we are focusing on in the next two years,” Group Managing Director Adriaan De Lange said.

Omnia, which last year embarked on cost cutting at its struggling chemical producing unit, said it will evaluate the return on capital from all its businesses and product lines but had no immediate plans to sell assets.

“Those product lines or businesses that do not contribute positively … we will either fix or we will get out of those businesses,” De Lange said.

The company reported a headline loss per share of 112 cents for the year ended March 31, against a profit of 991 cents a year earlier, hurt by a volatile currency, drought, changes in the mining industry and difficult global trading conditions.

Omnia has been battling high debt after raising funds for two acquisitions and a fertiliser plant construction with net interest-bearing borrowings at end March of R4.403 billion ($308 million).

The firm, which has been in debt restructuring talks with its creditors, said it had secured a 12-month R6.8 billion bridge facility from its principal lenders in a bid to settle all existing borrowings and overdraft facilities, as of June 24, 2019.

“Traditionally, Omnia has been a relatively unleveraged business, but it now finds itself with a significant amount of debt during very challenging economic times. This debt has to be unwound responsibly in order to stabilise operations,” Group Financial Director, Seelan Gobalsamy, said in a statement.

The company also plans to undertake a rights offer of R2 billion in a bid to cut debt.

“The rights offer will reduce the debt levels to within the group’s targeted range, thereby, affording the group access to undrawn facilities and reducing its cost of capital,” it said. Is prioritising government entities and essential services ahead of other clients. 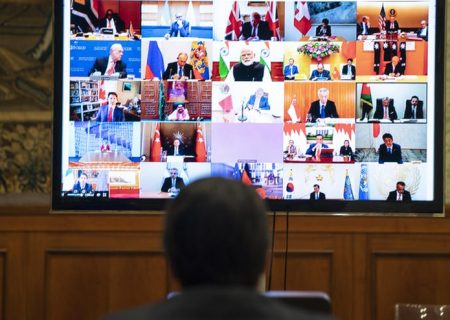