Results leave one with the impression that things can improve further.
By Adriaan Kruger 8 Jul 2020  00:01 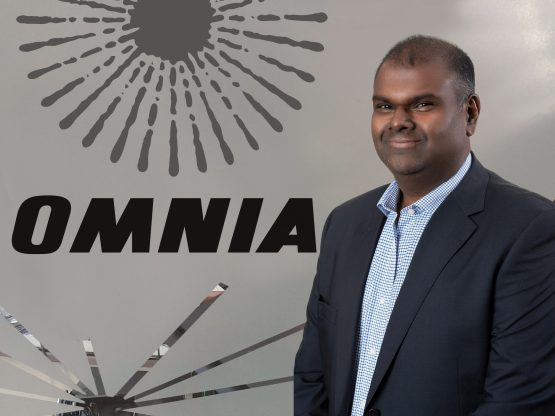 It was heartening to see that Omnia posted a remarkable turnaround in its fortunes after the company suffered huge losses in the previous financial year and had to ask shareholders for new capital to pull through a bad patch.

Omnia management reported a profit of R129 million for the year to March 2020, compared with the loss of R414 million in the previous year, and assured the market that things have stabilised.

Less than a year ago, Omnia had to raise R2 billion in new capital to reduce its debt and get everything on track again. Shareholders mostly recognised the company’s prospects at the time and approved management’s plans to rejuvenate the diversified chemical group.

They gave management a vote of confidence by subscribing for more shares than were available. In turn, management did not disappoint, as evident in the new figures.

Capital and reserves attributable to shareholders increased by 35% to R9.6 billion from R7.1 billion a year earlier, growing comfortably more than the R2 billion in new capital supplied by shareholders.

Management reports that Omnia embarked on a comprehensive review of all its businesses, the markets it operates in and its assets to initiate a far-reaching turnaround plan. Seelan Gobalsamy, who took up the reins as CEO in August last year, says that restructuring the mining and chemical divisions has strengthened the businesses and improved efficiencies.

“Both the mining and chemicals divisions have been strengthened through restructuring processes over the past two years. Changes to the SADC business model have also been initiated to create market-facing SADC businesses and a separate manufacturing unit, focused on production excellence,” he says.

“These decisive management actions to improve efficiencies and respond to market needs will support Omnia’s performance in the future.”

Investors should note that the much-improved results were achieved during very difficult economic conditions. Commentary to the figures shows that all divisions within the group had to contend with lower prices.

“In South Africa the mining industry contracted by 1.9% in 2019, with production declining in commodities other than manganese, iron ore and chrome. Costs of mining increased above inflation and weak production put pressure on suppliers.

“The explosives market is currently characterised by increased competition and oversupply, leading to suppressed margins,” says management, while agricultural produce prices are also low which impacted the agricultural sector world-wide.

In SA, timely rain supported fertiliser sales volumes, but margins remained under pressure due to low commodity prices, increased competition and lingering uncertainty in government policy, according to the report.

“In SA, the agriculture, forestry and fishery industry contracted by 6.9% in calendar year 2019 and total agriculture debt increased by 9%. The lack of policy clarity around land expropriation and redistribution in SA added to uncertainty across the agriculture industry,” says management.

The chemical division had to contend with low chemical prices, as was seen by the oil price decline from an average of above $70 per barrel to hardly $60, but the weakening of the rand benefitted foreign earnings.

One cannot help but notice that Omnia’s share price has not rebounded much yet. At the current R29, the share is still significantly lower than the R44 a few months ago, mostly due to the dilutionary effect of the rights issue. However, the share’s rating indicates that investors are discounting continued improvement. Headline earnings per share of R1.89 put the share on a price-earnings ratio of 15.3 times, despite management’s rather lacklustre comments regarding future prospects.

The comments paint a picture of global uncertainty, continued low commodity prices and low economic growth, exacerbated by the ongoing trade spat between the US and China and the effect of the coronavirus pandemic.

Figures in the income statement for the past year trump these concerns: Omnia is bound to pay less in interest going forward. The interest charge for the year to March 2020 still topped R572 million, equal to 72% of operating profit.

The larger part of the interest expense relates to servicing the very high debt burden in the first half of the financial year, before the relief of the rights issue.

Lower debt levels and the recent reduction in interest rates will see more of the profit flowing to the bottom line.

And maybe management can do something about its high tax charge too. One can almost hear pension fund managers pleading Omnia to google “international tax consultants”. The group paid R203 million in tax on income of R332 million (more than 60%), because of tax paid in foreign countries on good profits.

I wonder what the long term impact will be of the alternate agriculture movement. The one required to combat climate change
1. No till
2. Organic material left on land/ no chemical fertiliser
3. Addition of activated carbon etc

Is Omnia able to pivot (horrible word) to be a great climate citizen or will they try and suppress the movement to keep fertiliser sales up?

Credit, thus far, to Gobalsamy who did not really deliver at the big life companies. Unusual to see a picture of him accompanying the article!

The proof in the pudding is in the eating. Results at the end of the current financial year will be a better barometer of the turnaround strategy.