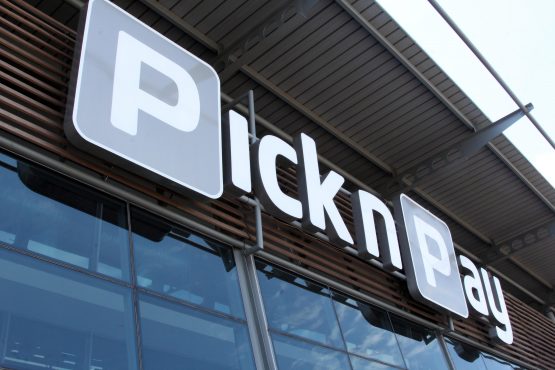 At current prices the new CEO’s shares are worth over R52m. Image: Moneyweb

New Pick n Pay CEO Pieter Boone, who started in the role at the end of April, will be awarded a total of one million shares as a sign-on bonus. The group says it awarded the “restricted share plan (RSP) shares as part of his sign-on remuneration package, and to further align his interests with shareholders”.

The remuneration committee says “the shares are in addition to the group’s annual programme of incentivisation”.

Pick n Pay says its “long-term share incentive schemes have been effective to date in aligning the interests of executive directors with those of shareholders”.

It adds: “An MSR [minimum shareholding requirement] has been included in the CEO contract for Pieter Boone, requiring Pieter to retain 50% of the shares delivered to him under the group’s share incentive schemes, after the settlement of tax. The group is currently considering an appropriate MSR policy for its broader executive team”.

Boone was appointed as CEO-designate in January, following what the group describes as a “comprehensive local and international search”.

It says the “remuneration committee has set Pieter Boone’s base salary at R10.8 million for the FY22 financial year and is confident that this is an appropriate market-related salary and a fair reflection of the extensive skill and experience that Pieter brings to the board and to the group”.

Former CEO Richard Brasher’s base salary for the past year was also R10.8 million. Brasher delayed his exit by a year to help steer the group through the Covid-19 pandemic and retired after eight years as CEO.

Given the pandemic, the committee established an adjusted stretch target for its short-term incentives of a 45% decline in profit before tax and exceptional items. The group reported a 16.5% decrease, which means executive directors were paid full bonuses as per stretch targets.

The committee also awarded Brasher and chief information systems officer Richard van Rensburg (a former deputy CEO of the group), who retired on March 31, a retirement gratuity of R5 million each.

This means Brasher was paid a total of R37 million for the year.

Van Rensburg received R14.1 million, which includes a base salary of R5 million.

Because Brasher did not participate in the previous year’s forfeitable share plan (FSP) because he was due to retire, the remuneration committee made the decision to award him 1.2 million FSP shares in 2020.

This, it says, is because of “Richard’s unwavering commitment to the group in the postponement of his retirement, and his exceptional leadership throughout the Covid-19 crisis”.

Not only did it award the additional shares, but it also “accelerated the vesting of FSP 2020″, saying that the shares will vest in full in June 2021”. Brasher started the financial year with 1.4 million shares.

The group did not meet the hurdle for the 2017 FSP award to vest, being “three-year cumulative growth rate of 10% set for … headline earnings per share”.

The committee says “in line with the discretion provided with the scheme rules, the remuneration committee allowed approximately 30% of the allocation to vest in recognition of the South African division’s market leading performance over the past three years”. Brasher only forfeited 280 000 shares from the 2017 award during the year. He ended the year with 2.2 million shares.

The committee also altered the three-year headline earnings per share performance hurdles for 2018, 2019 and 2020 FSP “to reflect the group’s changed circumstances as a result of the Covid-19 pandemic”.

As a result, the earnings achieved in FY2021 exceeded the stretch target for the 2018 award. These were delivered to participants (including Brasher) in June.

This is not the first time the group’s remuneration committee has altered remuneration targets linked to long-term share awards. In the 2018 financial year, it took the unusual step of extending a long-term share option scheme for Brasher, following a “special meeting” in September 2017.

The group’s implementation of its remuneration policy drew criticism from shareholders at its AGM in June, with 36.85% of ordinary shareholders (excluding the higher voting shares held by the founding family) voting against the non-binding resolution.

Before you even start to do the job you are hired to do you get the goodies.
PNP cashier: I also want the the incentive since we were hired at the same time.
PNP CEO: No, there’s no money that is why I was given the previous CEO’s shares. Poor me I have to wait until 2024 and 2026.
PNP shareholders: I can see why our dividends and share price price has been stagnant
PNP CEO: If you are not happy you can ask my buddies I mean the board to fire me as long I get a settlement that is worth more than the 1 million shares that they gave me for free

The share holder is always at the end of the list. That is why the retail shares go nowhere.

This particular company is not the only one in the news for CEO(s) getting lavish amounts of shares lately.

I still like shopping at PnP and will not go anywhere.

For what? He hasnt even done anything yet? How much do the lowest earners receive at Pick n Pay?

This is unjustifiable and down right disgusting Boomer games that got us into the trouble we in econicmally. An entire generation cant get bonds yet these boomers get 1 million share literally just for rocking up? WTF!

The boomer generation and its consequences have been a disaster for the human race.

Meme’s aside, this is just another example of corporate vultures picking at the rotting remains of SA inc.

Ridiculous, you either want to work there or you don’t.

I am all for well paid hard workers but when a cashier barely feeding her family sees this I don’t blame her for a little resentment.

Why I am not a pnp investor

These schemes create a conflict between being a fellow employee (which these execs claim to be to staff) and shareholders who seek to exploit short term share value which is often at odds with the longer term reality and goals employees are working for. CEOs have stopped being the lead employee and become lowest shareholder bent on boosting short term share price and nothing else

Well maybe these remuneration committees should be interrogated and investigated for their integrity. I hold just over 10,000 shares in the company bough over a window period of 5 years and the current share price is sitting below the averaged purchase price of the shares. So it seems that management pay themselves handsomely before considering their shareholders – this may well see the exodus of shareholders, because of the greed of the top management and the lack of ethics by the remuneration committee

the members are carefully screened and then groomed to deliver the excellent deals for execs. Their ‘payoff’ comes in many guises – fees, extra fees, expenses covered for jaunts overseas, etc.
Take with one hand and the other hand feeds the other.

I’ve noticed that any successful and energetic organization will succumb to its own success and growth. As the institution matures so does Bureaucratic compliance and ‘middle management’. Nothing encapsulates meaningless compliance like the King Code. These codes create an entire administrative class, with limited skin in the game, that very rarely seem to add value. The board members will still be paid tens of thousands of Rands for a few meetings a year in comfy boardrooms – and they will still approve a 52million sign on package for the CEO as this is somehow ‘aligned with shareholder interests’.

The bureaucratic class only serves to perpetuate itself and ‘middle management’ via increasingly complex compliance structures and regulations. Shareholder value invariably will be redirected to this administrative class and innovation stagnates. This seems to be an occurrence in the sunset years of successful organizations/civilizations.

Lol… and we think only the masses loot!

The private sector taught the goverment how to steal and not go to jail, just look at Cyril a literal over night billionaire