Pep Home is the next big thing and is already capturing the minds of shoppers in ways that its competitors can’t …
By Moneyweb 11 May 2022  00:02 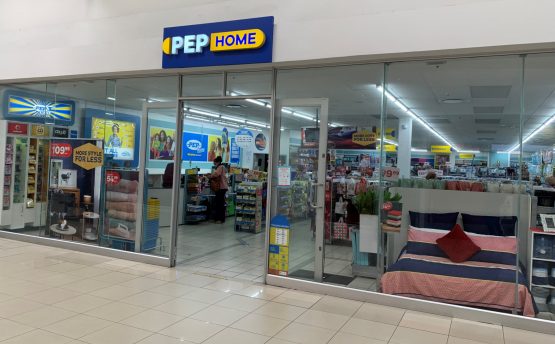 It can take years to become an overnight success. In Pepkor’s case, with Pep Home, it took a decade.

The discount and value clothing retailer began development of the standalone homeware format around 10 years ago. By September last year, it had 294 Pep Home Stores – an increase of 16% on the prior year.

At scale, this is by far the fastest growing base of stores in the group. Only Ackermans Woman is growing quicker (31% growth in 2021 from just 26 stores in 2020). Pep, Pep Cell and Ackermans have been growing at between 2% and 5% a year in the last two years.

The format had been growing steadily until a confluence of various factors saw it explode into broader consciousness and popularity (particularly in the ‘middle class’) over the last 18 months.

The Covid-19 pandemic was the catalyst that saw consumers shift their spending towards their homes, but the pandemic also saw tenant failures in shopping malls where Pep might not have previously been able to make the economics of opening a store work.

This expanding footprint, supported by some very shrewd buying (the new ‘trendier’ Pep logo also helped), has seen the brand soar on video social media platform TikTok in particular. The #pephome hashtag has achieved 15 million views, while #pephomehaul has 8 million.

While Durban-based retailer Mr Price Group will likely argue that Pep Home is not directly comparable to Mr Price Home, they certainly compete head-on in the ‘décor’ space – those trinkets and knick-knacks we like to fill our homes with.

Pep Home stocks a wider range of homeware – the group describes it as “a substantially extended range” – than you’d find in its normal clothing stores (mainly blankets and select basics). Besides décor, its range includes kitchen, bedroom, and bathroom basics as well as linen. The stores are small, but not cramped.

Mr Price Home provides a far broader offering in all those categories, and extends into furniture, dining and outdoor.

It is unlikely that a Mr Price Home shopper in the northern suburbs is suddenly going to switch to Pep Home.

But their attention would certainly be grabbed by some of the on-trend décor items on offer.

And what of that middle- or lower-income shopper who would’ve previously bought linen at Sheet Street and some basics elsewhere? This market is massive.

While Pep Home has 294 stores, Mr Price has ‘just’ 189 Home outlets and 323 Sheet Street ones. Pep Home is almost certainly competing directly with Sheet Street (which has been extending its offering into – you guessed it – décor and kitchen).

But as Pep continues to add Home stores in markets where it simply hasn’t been trading, you can be sure it will take some share from Mr Price Home.

Any surprise that Jet, now owned by TFG, has (re)launched the Jet Home proposition? It was set to open 10 standalone Jet Home stores between October and March.

Expect this ramp up to be far more aggressive in the next few years.

Read:
TFG beats Pepkor to secure Coricraft and Volpes owner for R2.35bn
TFG set for Jet value retail expansion
Why TFG’s Jet deal is the bargain of the century

Overall, Pepkor cites market share gains of 201 basis points in the clothing, footwear and homeware categories since October 2019, according to the Retailers’ Liaison Committee.

In 2020, Cape Town-based Pepkor disclosed that homeware comprised 26% share of units sold within Pep – a not insignificant amount.

Pep Home is seen as one of eight growth drivers for the group with a market value of R72 billion. It says “substantial opportunities remain for the expansion of this format, especially since this is a growing sector of the market”.

The group continues to push ahead with new formats, but not all are guaranteed to be successful. Last year, it launched Ackermans Connect and opened four stores.

It had previously launched Ackermans Woman as a standalone store format and says it has “proved successful” and “is ready for expansion from its current base of 35 stores”.

However, it does note that its Dealz discount variety format “has taken longer to optimise than anticipated”.

“While this concept has proved to be successful in other countries, the customer value proposition and formula need to be modified for the South African context.”

“Three new Dealz stores were opened in the financial year, expanding the store base to 16 stores. The team has tested various anchor and routine product categories in addition to numerous store sizes and locations. Growth in the number of customers and transaction volumes shows potential that the format can be successful,” adds Pepkor.