Will be responsible for rest of Africa banking operations.
By Moneyweb 1 Jul 2016  12:19 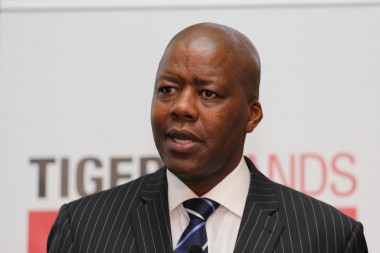 Matlare was CEO of Tiger Brands Limited from 2008 to 2015 and led its failed venture into Nigeria, which cost the group billions of rands.

He has held senior roles with Vodacom Group Limited, Vodacom South Africa, the South African Broadcasting Corporation, and Primedia Broadcasting & Entertainment. Matlare holds a BSc (Hons) and MA from the Universities of Plymouth and York respectively.

BGA shares off 4% this morning. Have recovered a bit now.

Peter , how do you make a ”small fortune” in Africa ?

Yikes, head for the hills. The Value -destroyer in chief has climbed the ABSA train !!

How do you lose billions with Tiger Brands.By being habitually absent from your postion,like he has been as a non exec director of Barclays,where he was taken to task.His reward-promoted to deputy CEO.The ABSA group continues to flounder and expect further erosion in value provided by the Group to its client base.His pic tells it all-smooth and money hungry

I cant believe it!
As a Director of ABSA in 2015 he only attended 66% of the meetings (see article below). How do they reprimand him? by giving him a promotion – sounds a lot like the ANC to me!!