As a result, the state-owned manager has requested a meeting with the bank to discuss its transformation strategy.
By Akhona Matshoba 1 Apr 2022  11:30 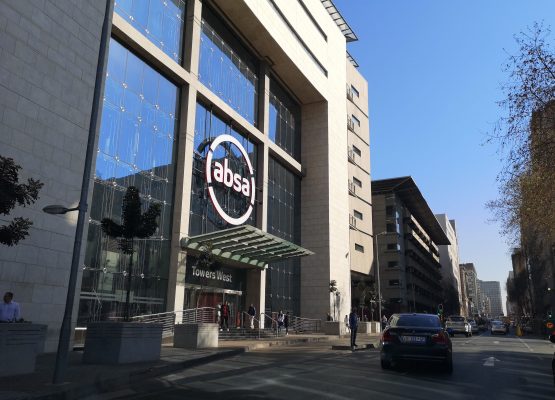 In a statement released on Friday, the PIC noted that by appointing Rautenbach, Absa missed the opportunity to show its commitment to transform the group and advance diversity, inclusivity and racial and gender equity in the group’s most senior positions.

“The PIC expected that the board would have placed the required focus on transformation in the process to recruit a new CEO,” the PIC says.

“This should be a key business risk for the board, considering the nature and breadth of services Absa provides to South African society.”

Prior to his appointment as Absa CEO, Rautenbach – who has 25 years’ worth of experience in the banking sector – has served the group in various positions such as being the group’s chief risk officer and chief executive of retail banking South Africa. Rautenbach also provided executive leadership for the Group Separation Programme and Group Strategy Office.

PIC to meet with Absa

The PIC – which according to Absa’s shareholder information owns a 5.41% stake in the bank – says it has requested an urgent meeting with the bank to discuss its transformation strategy and plan.

“Initiatives to advance transformation in large corporations should expressly be linked to incentive structures of the organisation, with a significant weight accorded to the executive and senior management, to ensure that the requisite commitment and accountability take full effect in practice,” the PIC notes.

“Transformation should be a core strategy of the bank, driven from board level. This should incorporate a clear commitment, with clear targets for all levels of management.”

Read: Why Arrie Rautenbach is the right choice to lead Absa

Responding to Moneyweb’s questions via email, Absa says it takes the PIC’s transformation concerns seriously, further adding that as a bank it looks to engage the fund manager on its concerns.

“The PIC is an important stakeholder not only to Absa but to wider society,” Absa says.

“We take their concerns seriously and will continue to engage them constructively.”

However, the lender stuck to its decision of appointing Rautenbach as CEO, citing Rautenbach’s track record in business performance and his ability to deliver on group objectives as some of the reasons supporting his appointment.

“Furthermore, Arrie has a demonstrable track record of appointing diverse teams at the bank (both in terms of race and gender). The team that he most recently assembled in retail and business banking led to the commercial turnaround of the group’s largest business unit,” Absa says.

“Both Arrie and the board are fully aligned on the principle of driving transformation across all levels within the group,” Absa concluded in its statement.

Of course they will insist that Absa is transformed — Into total Bankruptcy like its African success stories ne !!

Maybe he is just the best one for the job ….?

Dear PIC, You should maybe look at your own business and put some controls in place. Your investors are the public at large and you owe everyone an apology for the losses you have incurred as a result of poor decisions related to Independent Media etc..

It has long gone that BEE and so called transformation should transform. Transform to what! Ignorance, decay, idiocy, greed,… Get the “merits” of the business right irrespective of so called transformation. All peoples past and present deserve the best. If you are not up to it, get out. PIC must get its balances right as well, especially that being captured by political and state ignorance toward doing the right things right.

What a joke, but they wouldn’t dare question Patrice Motsepe’s choice of Top Management and Board,of which a lot are white Value Add appointments as opposed to BEE window dressing/ cadre deployments! Closer to the gutter SA inches, day by day, with these mamparra’s in charge!!

The PIC is the corporate interference arm of the ANC.

South Africa desperately needs to focus on employment and deployment – based on merit alone and not on cronyism and PC.

Let the best qualified person get the job.

Well! Perhaps he is the best available for the job. That would be the business norm – would it not?
So PIC has 5% then thinks it should make management calls.
Seems to me the other 95% is happy – as well it may be given Rautenbach’s vast experience.

What a disgrace! Here we have a group of National Socialists at the PIC, with their narrow-minded racial agenda, in charge of what inherently is a capitalist organization. It is clear that they would rather own shares in a bankrupt bank with black management, than a profitable bank with white management. They don’t realize that the colour of money is green and that their pensioners are real people with rights and expectations!

It is clear that transformation is more important than compound growth to these fools. They never pause to reflect on the fact that the eventual outcome of BEE and transformation will be that “previously disadvantaged” people will be owners and managers of bankrupt businesses. The ANC is empowering previously disadvantaged individuals to become currently bankrupt individuals. This sounds like Mao Zedong’s Great Leap Forward to me. By the way, that strategy killed 20 million people.

I honestly have empathy for the outstanding black individuals, who deserve to occupy top leadership positions in their own right, for being tainted by this deplorable transformation agenda.

Time for the ANC Government to admit that BEE policies are racist and have has had its day! But are they clever enough to see this or even care? i think not.