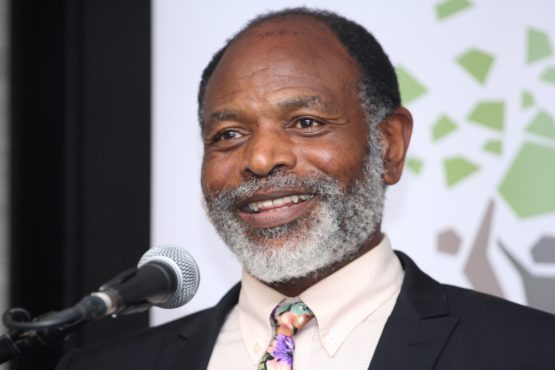 The Public Investment Corporation’s (PIC’s) externalised assets grew by 31% to R395 billion at the end of March 2021. This was up from R301 billion in March 2020 according to the PIC’s annual report released last week.

The asset manager attributed most of these gains to the performance of global and domestic equities, which significantly outperformed other asset classes from an absolute return perspective over its financial year.

The PIC, South Africa’s biggest asset manager and wholly-owned by the government, also announced that its total assets under management (AUM) for the financial year ended March 31, 2021 grew by almost R440 billion to R2.3 trillion.

“Notwithstanding formidable and adverse conditions it encountered during the year under review, the PIC showed remarkable resilience and versatility in its investment performance.”

On its bond portfolio, the PIC fixed-income team bought conventional bonds and inflation-linked bonds in response to the rising yields, mostly in quarter one and quarter two of 2020.

“The bond purchases at higher yields and subsequent bond market rally during the period under review contributed to the outperformance of PIC internally managed conventional bond funds against the FTSE/JSE All Bond index benchmark,” the PIC wrote. The PIC said the investment outlook remained “highly uncertain” one year into the Covid-19 pandemic.

“New virus mutations and the accumulating human toll are concerning, even as growing vaccine coverage lifts sentiment. Economic recoveries are diverging across countries and sectors, reflecting variation in pandemic-induced disruptions and the extent of policy support.

“The outlook depends not only on the outcome of the battle between the virus and vaccines, but how effectively economic policies deployed under conditions of high uncertainty can limit lasting damage.

“The International Monetary Fund projects global growth at 6% in 2021, moderating to 4.4% in 2022. Listed property companies will be negatively affected as rentals come under further pressure, reducing asset values and increasing balance sheet risk.

“While most companies’ earnings will recover strongly from a low base, this will be reflected largely in share prices, and further Covid-19 disruptions will be a headwind. Vaccination roll out should help return economies to a level of normalcy,” the PIC said.

On the JSE, the PIC said that the FTSE/JSE All-Share index (Alsi) one-year forward price-to-earnings (P/E) multiple was trading at 10.6 times, which was a discount to the historical mean of 14.8 times, and this suggested that the local market was cheap.

“Fair value models indicate the Alsi will return 14% over the next 12 months driven largely by financials and technology stocks,” the asset manager said.

The asset manager is planning to continue to build its capability to invest in global equity markets.

On governance, the PIC said that during the year ended March 2021, it attended 72 investee company engagement meetings and voted on 3 306 resolutions at 207 company meetings. It voted for 88.4% of resolutions and against 11.5% of them.

Of the three key issues it voted against, two were related to corporate remuneration and the third related to the reappointment of company auditors. The PIC annual report shows that all its clients’ portfolios grew during its last financial year except for that of the Unemployment Insurance Fund (UIF).

Read:
Give us our UIF money
Clock is ticking for over a million people with outstanding Ters claims
UIF urges employers to fix errors on Ters portal so delayed claims can be paid (or listen to the podcast below):

The Government Employees Pension Fund portfolio – the PIC’s biggest client, constituting 89% of PIC’s AUM – grew by 28% to over R2.1 trillion, from R1.6 trillion in the previous financial year in line with the recovery in domestic and global markets.

The UIF portfolio, the PIC’s second-largest client with 5% of AUM, declined by 24% from R151 billion to R115 billion.

“The decline was because of withdrawals by the fund to meet the Covid-19 Temporary Employee/Employer Relief Scheme,” the PIC said.

The PIC’s unlisted investments and properties saw more impairments for the 2021 financial year because of valuation declines.

“The growing list of impairments is because of external factors related to the adverse domestic economic environment. Previously, the findings of the PIC Commission pointed to failures in the investment process and possibly unethical behaviour, insufficient effort in analysing investments, and inadequate attention to avoid investments that are likely not to meet growth and income expectations,” the PIC said.

“The PIC has reviewed its structures, processes and decision making and will continue to improve on them to minimise impairments that are directly linked to these factors,” the asset manager said.

Sithole said that the PIC was implementing the recommendations of the Mpati Commission of Inquiry.

“The board is leading the implementation with the help of an advisory panel led by retired Justice Yvonne Mokgoro. With the assistance of the advisory panel, the board is crystallising those aspects of the Mpati Commission recommendations that merit forensic investigation. In addition, the PIC is working closely with law enforcement agencies to ensure that those implicated have their day in court,” he added.

The PIC reported its total irregular expenditure at R8 million for its 2021 financial year, down from R14.2 million in its 2020 financial year. The asset manager said it was trying to find resolutions to its distressed investments such as Steinhoff and Ayo Technology Solutions.

Nice Capitalist base for a Gov that has Socialist aspirations! Ironic isn’t it!
Well, good news at least…as long as it’s true and not just a blue print of “would have been had we stuck to the plan!” So the question I have is “ has this portfolio valuation been audited and if so, who by?”
Hard to know who to trust these days….you know what I mean?

So true. I wonder why they don’t invest in the economies of socialist countries like Zimbabwe, Venezuela etc. Surely you must put your money where your mouth is ANC…