Cape Town headquartered SA supermarket giant Pick n Pay announced on Wednesday that Dutch retail heavyweight Pieter Boone (53) will take over as CEO of the group on April 21 when its current CEO Richard Brasher will retire.

Brasher, who led a noteworthy turnaround of Pick n Pay, has been with the group for eight years. Last year he opted to delay his retirement, choosing to remain a little longer in the face of the Covid-19 pandemic.

Pick n Pay said in a statement that Boone has extensive international experience and was appointed following a comprehensive local and international search.

“We are naturally very sad to be announcing Richard’s departure. He has led a remarkable turnaround in our company, and the Pick n Pay Group is immeasurably stronger now than when Richard took over in 2013,” said the group’s chairman Gareth Ackerman.

He noted that Pick n Pay has “almost doubled” its store network during this time, while the group has grown turnover from R55 billion when Brasher joined the company to almost R90 billion currently.

“Today’s announcement is very much a planned succession. Richard originally told the board of his intention to step down over a year ago, and I am grateful to him for agreeing so readily to remain at the helm through the worst of the Covid-19 crisis, and until we had identified a suitable successor,” he added.

Ackerman said that he was delighted that Boone would be succeeding Brasher as CEO in April.

“As all our stakeholders would expect, we conducted a very thorough search internally and externally, both inside and outside South Africa. We had many possible candidates, but we knew when we met Pieter that we had found the right person,” he said.

“Pieter has exceptional global retail experience across a number of diverse geographies. He has consistently demonstrated the ability to lead and deliver sustainable growth in tough and emerging markets.

“His wide-ranging experience will stand him in very good stead across all areas of the Pick n Pay business, including Boxer and franchise, our growing online offer, and our value-added services,” Ackerman added.

“Values and people are tremendously important to me, so the business is the most perfect fit. I feel privileged and humbled by the confidence placed in me by Gareth Ackerman, the board of directors and the Ackerman family to lead this esteemed company into the next phase of its journey,” he said. “I look forward to working closely with Richard to achieve a smooth handover in the coming months, and to leading the Pick n Pay and Boxer teams to create more relevance for the customers we serve and would like to serve,” he added.

“The past year has been challenging and tough in South Africa and in so many other parts of the world.  But I have huge faith in the ability of the country and the continent to triumph in the coming years… and cannot wait to get started on this journey,” said Boone.

Commenting on his retirement, Brasher said: “This is in many ways a sad day for me, but also an exceptionally proud one. I have worked in retail now for 35 years, traded across four continents and 24 countries.  I have held the highest office in two great retailers, and have had a truly memorable career.”

He noted that when he joined Pick n Pay eight years ago, he wanted to simply leave the business in a much stronger position than he found it.

“I am extremely grateful to my team and the whole Pick n Pay and Boxer family for helping me to deliver this goal. The past year in particular has been the most unforgettable of my long career,” he said.

“In the face of the most incredible headwinds, our business and our people have stood strong, taken every challenge in their stride, and worked harder than ever before.

“We have delivered for the people who matter most – our customers. This has been the best testimony I could want in demonstrating that our business is strong, modern, flexible, and ready to seize the huge opportunities of the future,” Brasher noted.

“I want to thank every colleague in Pick n Pay and Boxer for standing shoulder to shoulder with me for the past eight years, and in particular Gareth Ackerman, the Ackerman family, and the board, for giving me immeasurable support throughout,” he added.

Meanwhile, Pick n Pay noted in its statement that an application for the necessary work permit for Boone in South Africa has been submitted to the relevant authorities for approval.

Boone is a Dutch national currently living in the Netherlands. He has a track record of over 25 years of leadership experience in the retail, food service and wholesale sectors.

Boone’s latest role was as COO and member of the management board of Metro AG, based out of Germany. Prior to that, he was CEO of Metro Cash & Carry in Russia, one of Metro’s largest business units.

He’s going to have an uphill battle.

Checkers is breathing new life into its brand and store designs and aesthetics. And they’re doing it on steroids!

The last time Pick ‘n Pay tried a rebranding was around the end of the property boom in 2008 or 2009 to move to “PnP” and try to take on Woolworths.

That was a rather epic failure.

They cannot come remotely close to Woolworths who have honed their brand and bespoke products over decades. While PnP were misstepping in that space, Checkers were eating up their formerly loyal client base who became disgruntled with the sudden price increases and weird packaging with little value add.

My local Pick ‘n Pay has been all over our community Facebook page for years with it’s messy store, terrible service, and dated layout.

And that’s in an upmarket area similar to Morningside, Sandton. 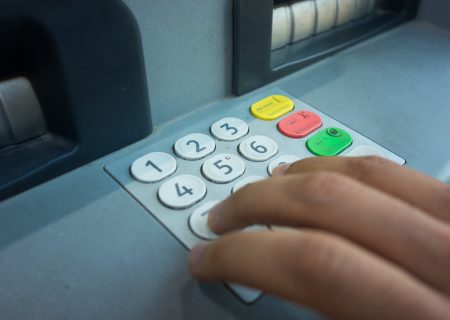