Says he is being punished for challenging the regulator over claims it unlawfully interfered in the selection of a new Absa chair.
By Ciaran Ryan 23 Dec 2021  00:01 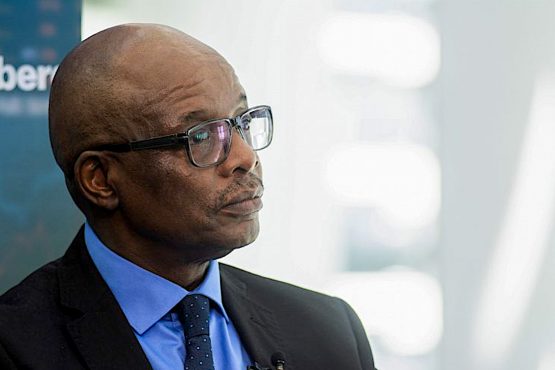 Evidence from his bodyguards was not considered in an investigation conducted on behalf of AngloGold Ashanti, says Sipho Pityana. Image: Supplied

Former lead independent director at Absa, Sipho Pityana, on Wednesday asked the North Gauteng High Court to overturn Absa’s decision to remove him from its board of directors, and either instruct Absa to reinstate him or pay him just and equitable compensation.

This follows his removal from the Absa board on November 24, claiming he had neglected or been derelict in his duties after bringing a court action against the South African Reserve Bank’s Prudential Authority (PA).

Read: Absa removed me unlawfully from the board – Pityana
Listen/read: Pityana on being fired from the Absa board

Pityana told Moneyweb the bank has not been able to provide any evidence to support its claim of negligence or dereliction of duty.

Pityana had previously been the preferred candidate to take over from current Absa chair, Wendy Lucas-Bull, who retires early next year, but then allegations of sexual harassment while he was chair at AngloGold Ashanti (AGA) made their way to the PA, which must vet senior bank appointments such as this.

The claims of sexual harassment – which have been denied by Pityana – apparently made their way to the PA via current AGA chair Maria Ramos (who is also a former Absa chair).

The claims were investigated by AGA and a report prepared by Advocate Heidi Barnes on behalf of the company came to an unfavourable finding for Pityana, who says the investigation was improperly conducted, and failed to consider evidence from his bodyguards, who would corroborate his version of events.

Another report by senior attorney Peter Harris, commissioned by Absa, found that the Barnes report did not take into account all the relevant evidence, and was flawed to the extent that it did not obtain corroborating evidence from independent sources, such as the aforementioned bodyguards.

With both reports in hand, Absa remained committed to Pityana’s suitability as chair – until the PA, now in possession of the abovementioned reports, intervened and indicated a majority of the PA’s governors would object to Pityana’s appointment.

Pityana has accused the PA of following an informal and unlawful process in interfering in the Absa chair appointment process. The PA’s CEO and deputy governor of the Reserve Bank, Kuben Naidoo, has denied any unlawful conduct by the authority.

“It is my firm belief that Absa removed me from the board as punishment for applying for a declaratory order against the South African Reserve Bank’s PA over its interference in my nomination as chairperson of the Absa board,” said Pityana in a statement.

Pityana told Moneyweb that the decision by Absa to remove him as director suggested a culture of acquiescence and a desire to maintain a cosy relationship, when what should be happening is that the PA is held accountable for its decisions and is answerable both to the letter of the law, and the Constitution.

“As far as I know, this is the first time anyone in the banking industry has taken the PA to court – over any matter. That in itself speaks volumes about the nature of the relationship between the banks and the PA.

“The banks would rather submit to the directives of the PA than challenge them when they believe they fall outside the law. I am probably the first to take them to court.”

Pityana adds that the decision to challenge the PA was not taken lightly, but was necessary to protect his reputation, “as the PA took its decision without providing me with an opportunity to defend my name”.

“What is clear, though, is that the PA application has now served as a trigger for Absa to remove me from its board.”

In a statement, Pityana explains the background to the case against Absa: “As I argue in my court papers, the Absa Board believes my application against the PA has caused a conflict between my own interests and those of Absa. I strongly dispute this.

“I believe Absa has demonstrated a fundamental misunderstanding of my application against the PA. Throughout the process, I clearly communicated to the Absa Board that my issue is with the PA, not with Absa. I have only sought relief against the PA. I seek no relief against Absa, nor have I made any suggestion of any unlawful activity on Absa’s part.

“I also deny that there has been any conflict between my own interests and the interests of Absa.

“I have at all times been open with Absa about my efforts to enforce my rights against the PA, as well as making clear that my dispute is with the PA alone.”

Pityana says he fails to understand why Absa has opposed his application against the PA, adding that it has demonstrated a fundamental misunderstanding of the situation. “And, in doing so, Absa itself now has a conflict of interest: it has pitted my interest in the enforcement of my rights against Absa’s interest.”

Absa was cited as a respondent in Pityana’s case against the PA, though no relief was sought against it.

Asked to comment, Absa responded as follows: “We can confirm that we have received notification of Mr Pityana’s application. Mr Pityana has a right to take the board’s decision on review in terms of section 71 of the Companies Act.”

A banker who challenges the Reserve Bank is as stupid as the train operator who challenges his locomotive by lying across the rails. This guy is cutting off his nose to spite his face.

Is a company:director relationship comparable to an employer:employee one for purpose of various rights? I’d have thought not.

Directors serve at pleasure of the shareholders and are not employees for labor relations act etc.