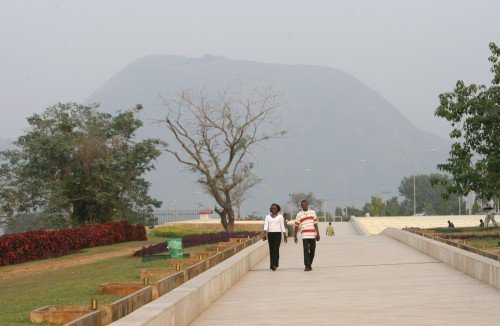 After joining the ranks of JSE-listed property companies in December, Pivotal Property Fund (Pivotal) is growing its exposure outside South Africa, for now focusing on Nigeria.

Pivotal announced on Wednesday that it plans to acquire a 37.1% shareholding in an office block development in Lagos, Nigeria, valued at $104 million (R1.2 billion). This will be in partnership with multinational energy group Oando and real estate company RMB Westport.

The property will be moved to Mara Diversified Property Holdings (Maradph), a fund still in formation, which will have a primary listing in Mauritius. The fund will also be inward listed on the JSE’s AltX.

On Pivotal’s office block development acquisition, the company’s CEO Jackie van Niekerk says the deal is opportunistic, “as we are getting into prime real estate on Victoria Island. It ticks all the boxes for Pivotal”.

Pivotal will initially own 100% of Maradph, but it intends to open up the shareholding to other counters who will be able to subscribe for shares as the fund makes its debut on the local bourse.

“The fund will be exposed to retail, office and also a big opportunity for a distribution centre. It is still early days to say where our niche is. We will not be all over East and West Africa,” Van Niekerk told Moneyweb.

She says part of the reason the company’s interest has been piqued by markets outside of South Africa is due to limited opportunities available locally, especially in the retail sector.

“We want to invest 15% of our gross asset value into Africa that is a board mandate. The 15% will be reviewed on an annual basis,” Van Niekerk adds.

To fund Pivotal’s ambitions in Nigeria, ‎the company’s financial director Aaron Suckerman says the Nigerian acquisition will be funded by the company as it raised capital through the market in December. The funding for further acquisitions incorporated into Maradph will be through in-country dollar based funding and through its South Africa listing, Suckerman adds.

Pivotal – with a market capitalisation of R7.3 billion – is not only limiting its exposure to the African continent, but other markets in the long term. “We are thinking globally and not only Africa,” Van Niekerk says.

The acquisitions increased the number of Pivotal’s properties to 40 from 33 made up of retail and office properties, strategic land holdings in areas close to Gautrain stations in Pretoria and Johannesburg.

Pivotal – which was assembled by developer Abland in 2005 – is currently undertaking developments and a further pipeline of 445 000 square metres with an estimated value of R5.7 billion upon completion.

Pivotal is a capital growth and development company, and not a real estate investment trust (REIT). Thus, Pivotal does not pay any dividends as its income stream is reinvested into its development pipeline.

Pivotal has acquired the balance of shares in co-owned properties and other properties to the value of R3.5 billion. This includes income-producing properties valued at R2.9 billion such as the Goldfields Mall in Welkom and Lakeview Office Park in Constantia Kloof.

It also announced a R600 million current and future development pipeline which includes the remaining 80% of its 72 000 square metre flagship asset Alice Lane development near Sandton City. The three-phase mixed-use development is set to be fully completed in 2017 and has already secured tenants including Virgin Active, Standard Bank, Bowman Gilfillan, Sanlam and Santam.

Vacancies across its portfolio decreased from 2.1% to 1.8%, with Pivotal’s retail portfolio showing a vacancy rate of 2.9% and 1% for its office assets.

For the period under review, it reported a growth in net asset value per share of 25.3% to R18.40 from R14.69. Development funds usually have more borrowings on their balance sheet. In Pivotal’s case, its borrowings amount to R4.7 billion, this represents 47% of the property portfolio by value. Pivotal reduced its weighted average cost of debt from 10.2% to 9.4% and about 87% of borrowings have been fixed for an average period of five years.