DA governance head says the law provides for a series of warnings and for the city to be put on terms before being put under administration and that ‘none of these have been done’. Image: Waldo Swiegers, Bloomberg

Plans by the Gauteng provincial government to put the City of Tshwane under administration are clearly politically motivated and the Democratic Alliance (DA) will fight it, if need be in court, says James Selfe, who heads up the DA’s governance unit.

Selfe was responding to an announcement by Gauteng MEC for human settlements and cooperative governance Lebogang Maile on Friday that he will take steps in terms ofSection 139(1) of the Constitution to intervene in the capital city, in an effort to stabilise the local government.

Tshwane has been governed by a minority government led by the DA since the local government elections in 2016, while the ANC is in charge of the Gauteng provincial and national governments.

The city was in turmoil last week after DA Mayor Stevens Mokgalapa was put on leave, following a scandal that implicated him in sexual relations with a fellow member of his mayoral committee.

At a chaotic special council meeting on Thursday Mokgalapa and speaker Katlego Mathebe were purportedly removed, only for the removal to be suspended by the high court until an urgent application by the DA to have the decisions set aside can be heard on December 17.

Read: Mayor of Pretoria put on leave after leaked audio

In past months the DA-led minority government has been marred by among others the GladAfrica procurement scandal, water problems in Hammanskraal, unlawfully implementing electricity tariffs without the approval of energy regulator Nersa, and making a mess of the replacement of prepaid electricity meters, which is still seriously impacting its revenue.

Read: The tariff mess the City of Tshwane made
And: Tshwane workers demand 18% increase given to top managers

Maile in his announcement referred to findings of unauthorised, irregular, and fruitless and wasteful expenditure by Tshwane, that have been made by the Auditor-General since 2016, as well as the city’s failure to prepare financial statements in accordance with the provisions of the Municipal Finance Management Act.

He further stated that the city is facing financial challenges and is failing to pay creditors on time and to generate sufficient revenue.

Selfe says that while “everything is not perfect” in Tshwane, there are no compelling reasons for provincial government to intervene. Credit rating agency Moody’s recently upgraded the city’s credit rating and there are much worse-performing municipalities in Gauteng that are not subjected to the same treatment, he says.

Selfe points out that the law provides for a series of warnings and for the city to be put on terms before being put under administration. “None of these have been done,” he says.

The DA is already in court fighting a power grab by the ANC, Selfe adds.

It will take things step by step, but will fight any move by Maile to take over the city government, if need be in court.

Selfe also criticised Maile’s plans to draft legislation to regulate coalition governments. “On what planet does he live?” he asked.

Selfe says coalition governments are the result of choices voters make during elections, are governed by the Electoral Act and the Constitution, and occur all over the world.

Sakkie du Plooy, member of the Tshwane mayoral committee representing the Freedom Front Plus, says Maile’s announcement is mere propaganda. He says the ANC-led provincial government has been focusing on Tshwane disproportionately and is trying this move because the ANC does not have enough support to take over the council politically.

Municipal expert Werner Zybrands says any intervention in terms of Section 139 of the Constitution, such as Maile is suggesting, relates to the failure of a local government to fulfil its mandate. It is only allowed in exceptional circumstances and it is not clear what that would be in this instance.

He says it requires that the targeted municipality is informed about its specific failures and what is expected of it. The mayor must be consulted, and given an opportunity to respond and present and implement corrective steps.

On the face of it this has not been done, he says.

There are at least 100 ANC-run municipalities countrywide that are in worse shape than Tshwane, where the provinces fail to intervene. He says the fact that the Gauteng provincial government is picking on the City of Tshwane shows a clear political agenda.

Stupid people these politicians. SA ones seem to be the worst. Easily identified by their long fingers.

Saw this guy Maile on TV. Not an inspiring performance.

Can these guys not resolve anything without relying on the courts to do their thinking and negotiating for them. Lazy incompetent bunch acting like children. No a care about the taxpayer and the city.

If you don’t know right from wrong then you have to rely on the courts.

DA, take it from the the ANC playbook – blame your own incompetence on your predecessor, to infinitum

If Tshwane needs to go under administration then so be it. Pointing fingers at other municipalities wont solve anything. Two wrongs don’t make a right. 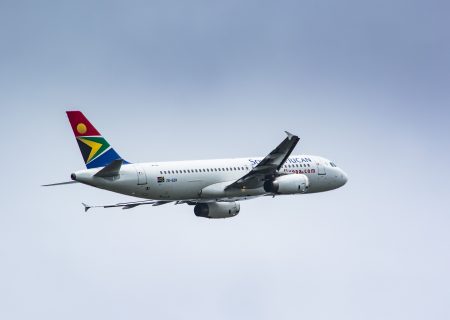