Outgoing CEO says if the price is right it might consider buying the troubled Massmart grocery chain.
By Larry Claasen 22 Apr 2021  00:01 Brasher, speaking on Wednesday in his final results presentation for the group for the year to end-February 2021, says Cambridge Food would tie in well with the group’s move into low- to middle-income growth plans.

“Massmart did suggest that they are considering these assets to be non-core to them. And you can see from the smile on my face, those kind of assets are core to us.”

He said looking at the food and grocery retail sector in South Africa, the bulk of the growth would be in what he characterises as the “less-affluent” part of it.

This section of the retail market is not only the largest but is also expected to outgrow the “middle” and “more affluent” sectors over the next few years.

Currently, its Boxer chain and Pick n Pay Value stores hold 11% of the less-affluent market, though there are plans to increase this percentage. If the group just held onto it, its share of this market would grow from R42 billion in 2020 to around R58 billion in 2025.

Looked at another way, Brasher said that if it increased its market share in this sector by one percentage point, it would increase revenue by over R5 billion.

Although Brasher said Boxer is doing well, he gave little detail as to how well, even making light of how the group would not reveal how much of the 11% of the less-affluent sector Boxer holds.

“Boxer is cementing its position as the premier food and grocery discounter in Africa.”

Though Pick n Pay has enjoyed some success in drawing in low-income earners, the same cannot be said for Massmart’s Cambridge and Rhino chains, which together saw sales fall 13.5% to R8.2 billion for the year to end-December.

In March, Massmart said it was selling its Cambridge Food, Rhino and Massfresh businesses.

Massmart CEO Mitch Slape said at the time the plan to divest from the 64-store Cambridge Food and Rhino chains was a strategic decision.

Alec Abraham, senior equity analyst at Sasfin, says if Pick n Pay is serious about buying Cambridge Food it should not be blind to the difficulty the chain is in. He noted that Massmart came to groceries late and has never been successful at it.

Even so, Brasher is open to it – even though he is no longer in charge of Pick n Pay – but only at the right price.

“[It] doesn’t mean we will pay a price for anything, because we are building a business nice and organically. But if the opportunity came along and the price was right, I’m sure we would be in conversation.”

The results presentation was Brasher’s last official act as CEO. Once it ended, Dutch retailer Pieter Boone would immediately take over.

Brasher, who was in charge for seven-and-half years after joining from the UK’s Tesco, is retiring after 30 years in the retail sector.

Abraham said Brasher’s experience of creating a loyalty card scheme, bringing employment cost under control and moving to a centralised distribution model was exactly what Pick n Pay needed when he joined.

Without him guiding the group through these challenges, he said there was a real danger of the group “drifting into obscurity,” as rivals Spar and Shoprite were moving into markets where Pick n Pay was traditionally strong.

In a sense, the experience that Brasher brought to Pick n Pay when he joined is being repeated with the appointment of Boone as the group goes into a new growth phase.

Abraham said given Boone’s background in emerging markets around the world, he has the credentials to take Pick n Pay into the lower-income market.

Way to steal the new guys thunder. I guess it distracts investors from analysis of the last 7 years of muddling along shrinking his way to greatness. 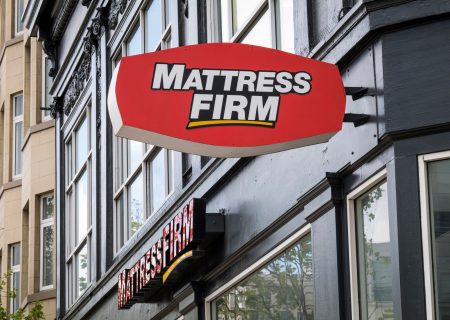