Private equity firms are not keen to use initial public offerings (IPOs) as a way to exit their investments, according to the Southern African Venture Capital and Private Equity Association (Savca) Private Equity Industry Survey.

Getting a decent return on exiting an investment they have committed to fostering into a sizeable business is the primary goal of private equity firms. But instead of choosing listing as a way to exit, over the past decade they have preferred trade sales to other companies, share buybacks by the portfolio company, and selling to the company’s management team.

In contrast, there were only two exits via the sale of listed shares and/or IPOs. This was however an improvement on 2017, when no exits were done this way.

This reluctance to not use the JSE as a way to exit corresponds with a falloff in the number of listings on the exchange over the past 20 years. The number of listed companies has almost halved from 612 to 342 over the period.

One of the main sticking points for why private equity firms are not looking to exit through some kind of listing is the lack of certainty on valuations.

“Some of the reasons informally cited have been related to costs and uncertainty of valuations when listing, versus the certainty of a valuation that a trade sale can offer,” says Savca CEO Tanya van Lill.

This could for instance be seen in the listing of consumer foods group Libstar in May 2018. It listed on the JSE at R12.50 a share, but then dropped as low as 8% on the day. It has never reached that level again and is currently trading at about R6 a share.

In contrast, when private equity firms sell off a company through a trade sale, for holding onto an investment for about five to seven years, they will want about 10 times the money they invested in it.

The cost of listing versus the return on exiting via a listing is also an issue.

According to the report, the proceeds of the sale of listed shares and IPOs amounted to R20 million in 2019, but the cost of exiting the investment was R100 million.

This is opposed to the exit through trade sales for the same period, where the exit cost was about R800 million, but the proceeds amounted to R5.19 billion.

Private equity firms might not be looking to a JSE listing as their preferred exit strategy, but this doesn’t mean there aren’t those who are open to it. Capitalworks and Morgan Stanley Alternative Investment Partners, which together owned about 71% of Rhodes Food Group (now RFG), decided to list on the JSE in October 2014.

This has provided mixed returns for investors. It listed at about R11 a share. It has seen its share price rise to as high as R28 but it has since fallen to R12.80.

Well, the cynical might argue the same outcome but for different reasons.

The firms receive a fee on invested funds plus participate in upside on exit. Traditionally 5% and 20%. Some PE investors have rules that the fee base changes over time if an exit is not achieved in a reasonable period.

But since the public markets tend not to assign the same, shall we say, optimistic valuation to their investments, the firms now rotate their darlings among each other. You buy one of mine for a stupid amount, I will buy one of yours for a stupid amount. That way we both get our 20% free carry instead of the drudgery of only getting 5% for years and later getting nothing.

It would be VERY interesting to see the stats on IRR of exit by MBO and exit by sale to another firm!

I would love to know which investors are paying a 5% fee!!!! Why would one EVER exit!!?! Send email and cell numbers asap

Didn’t realise that ANGELINA JOLIE had a forgotten sister living in SA? The Optimus Human Robot is the most important thing Tesla will be working on this year, Elon Musk told investors. 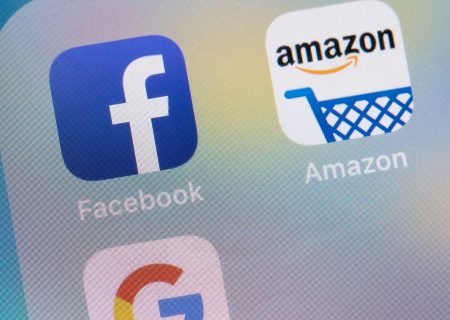