Is the market more interesting now than it was a month ago?
Caxton makes strong profit recovery
What Ninety One is buying and selling
CLICK THIS COMPANY MORE COMPANY NEWS SENS
NASPERS-N

Is the market more interesting now than it was a month ago?
What Ninety One is buying and selling
Tencent opens WeChat to rivals’ links
CLICK THIS COMPANY MORE COMPANY NEWS SENS
PROSUS

The group says it is well-positioned for the accelerated growth in online brought on by the pandemic. Image: Bloomberg

While Naspers and Prosus management is correct in saying that the global internet group delivered good results for the first six months of its financial year, a closer look at the figures shows that most of the growth can still be attributed to its investment in Tencent. This investment, which Naspers made decades ago, keeps on delivering.

Commentary to the results noted that Tencent’s contribution to the group’s trading profit increased during the six months to September, while tables included in the results announcements of both Prosus and Naspers show that nearly all the profit growth over the comparable six months came from Tencent.

Tencent and other equity-accounted investments contributed nearly $2.8 billion to trading profit, an increase of $674 million compared with the first six months of the previous financial year.

But Naspers still posted a trading loss of $153 million as its newer investments in e-commerce are still suffering losses.

The losses are smaller, especially in the large and growing food delivery businesses. The food delivery segment cut its losses by nearly $100 million compared with a year ago, as revenues doubled to $610 million in the six months under review.

It’s an amazing figure: the millions of small fees to deliver a pizza, burger or Chinese take-out add up to more than $100 million, or an astounding R1.6 billion, per month.

Management points out that trading losses in the e-commerce segments reduced by 22% ($94 million) to $339 million, mainly due to the $96 million improvement in profitability from the food delivery businesses and the first period of profitability from online retailing, dubbed the Etail segment.

“For the six months ended September, Etail reported a trading profit of $10 million compared to a $37 million loss in the prior period. Covid-19 impacts on trading profit included a 64% lower trading profit from Classifieds, with Payments and Fintech flat on the prior year’s period,” noted management.

However, they say that both these segments recorded a good rise in profitability during the last few months.

The formal results announcement states that performance of the classifieds segment in the first six months differed meaningfully by quarter, with the first quarter taking the brunt of lockdown regulations in key markets. Revenue and profitability dropped, but user activity recovered strongly to equal pre-pandemic levels with a similar improvement in profitability.

Naspers reports that the payments and fintech segment reported good results, despite Covid-19, with revenue growth of 27% to $252 million.

One can argue that the pandemic actually supports a switch to online payments and fintech, as reported by a lot of other businesses.

“We entered the pandemic with financial strength and good momentum, and in the second half of the period, our businesses recovered well from the initial impact of Covid-19 and are now fundamentally stronger than they were going into the pandemic,” says CEO Bob van Dijk.

“The pandemic has accelerated activity in the consumer internet space, benefiting our businesses. We have seen particularly strong growth in food delivery, online payments, etail, and edtech.”

Thus, Naspers reports that the group’s etail businesses performed well during the Covid-19 pandemic. “With many retailers closed or limited in their operations, more consumers are shopping online,” says management, adding that Naspers and Prosus have interests in the leading online retailers in their respective markets.

“Our Etail businesses were well positioned to serve this surge in demand. In addition, they have adapted their operations to satisfy evolving customer needs brought on by this unprecedented situation,” comments management.

In SA, consumers also migrated to online shopping due to the coronavirus pandemic, with Takealot.com reporting growth of 85% in rand terms.

“In the first quarter, SA operated under strict government lockdown regulations. Takealot.com was permitted to sell only essential goods, while Superbalist and Mr D Food could not operate at all,” noted Naspers.

“The business rebounded in late May when trading restrictions were lifted and all three businesses exceeded their pre-Covid-19 growth rates in the second quarter.”

In a short video broadcast to shareholders, Van Dijk said the group was in a strong financial position relative to many other companies when Covid-19 hit, and the internet-based businesses quickly adapted to the lockdown and emerged stronger.

“Looking ahead, there is still much  uncertainty, but as a global consumer internet group, we are well positioned for the accelerated growth in online,” says Van Dijk.

“We have good financial flexibility, a strong balance sheet and a net cash position of more than $4 billion. We will continue to invest with discipline in food, OLX, Autonet and Edtech, while driving profitability in our more established e-commerce segments,” says Van Dijk.

Read: Prosus on the hunt for deals

Both Van Dijk and Sgourdos referred to the problematic discount of the Naspers and Prosus share prices to their respective underlying net asset value (NAV), saying that management remains committed to addressing the structural issues which have caused a widening of the discount to NAV recently.

Together with the announcement of the results, Naspers and Prosus also announced more details of Prosus’s intention to repurchase some $5 billion worth of Prosus and Naspers shares in an attempt to reduce the discount to NAV. The repurchase was proposed a few weeks ago.

Read: Prosus to buy up to R82bn in its own, Naspers shares

According to the announcement, Prosus has appointed intermediaries to execute the purchases within certain parameters. These intermediaries will make their trading decisions independently from Prosus and Naspers, which will allow for purchases in the open market during open and closed periods.

The Prosus shares will be cancelled, while Naspers shares repurchased will be held as an investment by Prosus.

However, Prosus assures shareholders that it will not exercise any voting rights attached to the Naspers shares.

China is notorious for its social credit system, a gigantic surveillance operation which monitors every movement of its citizens. Tech companies like the one above are an integral part of this. They’re making money out of repression.

Ironic that it’s the share that has propped up the entire jse for the last decade..

The problem is everywhere not only Tencent. We buy cell phones, clothes, games, gadgets etc. that are made in China using cheap labor. As a result we all use products from China. One cannot only blame Naspers and then for moral reasons sell al our Naspers shares using our Huawei phone to do so.

It’s getting to a stage now that it seems fairly certain that everything but Tencent is working, especially now that Multichoice is gone. Naspers execs are fund managers of a one horse portfolio and show know ability in running an operational business successfully.

Adriaan – you may recall Loubser as CE of KWV – – – running a huge organisation and showing profits lower than the Distell dividend it received – – – – similarly here, Bekker can close everything and distribute the Tencent divvie – and not have any other business – – – my grade 7 son can do it better

Naspers and Prosus makes up 22% of the JSE. Without these 2, the JSE will be absolute shambles

So, in effect, the JSE is heavily dependant on just one Chinese company If they stay outside the purview of regulators, according to Securities and Exchange Commission Chairman Gary Gensler. 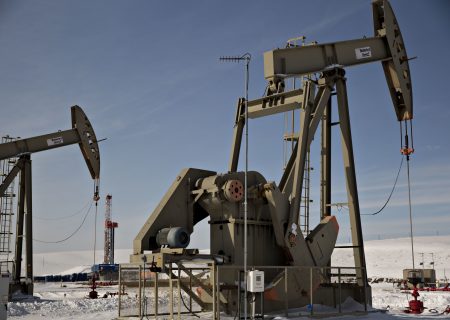 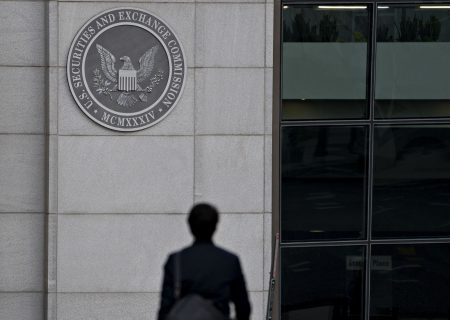