Increase in global commodity prices and logistics costs to blame for hike in feed prices.
By Palesa Mofokeng 29 Nov 2021  00:01

Who eats whom
Corporate governance wins and fails, and some surprising results
The world is becoming a more volatile place to do business
CLICK THIS COMPANY MORE COMPANY NEWS SENS
QUANTUM 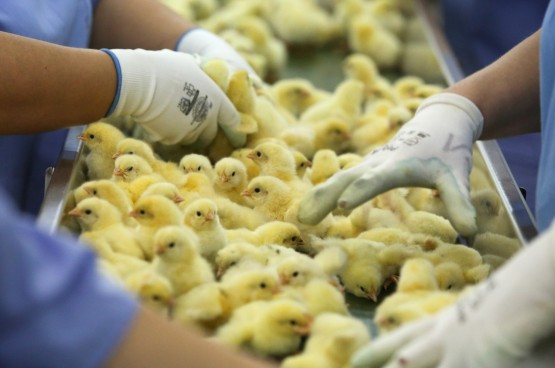 JSE-listed poultry group Quantum Foods reported a 34% drop in operating profit to R144 million for the year ended September 30, 2021 (2020: R220 million), partly due to rising feed prices and an outbreak of the highly pathogenic avian influenza (HPAI) in South Africa.

“The increase in global commodity prices resulted primarily from an expectation that less favourable weather conditions in the key planting areas of South America and North America would affect the 2021 harvest,” the group said in its results presentation.

“The cost of key raw materials including maize, bran, hominy chop and soybean meal and the cost of other feed ingredients and additives increased.”

It said the impact of the HPAI outbreak (from April 2021) was felt through the loss of poultry stock and feed sales volumes, and the inability to export livestock as the borders of destination countries were closed to the sector.

“Egg prices also increased in the second half of FY2021 on the back of the lower national egg supply. South Africa’s broiler flock was impacted by HPAI particularly at breeder level. This resulted in lower production of broiler hatching eggs and, subsequently, a lower supply of broiler chicks and broiler meat to the market.”

Small Talk Daily analyst Anthony Clark tells Moneyweb that Quantum’s financial results are consistent with what is going on in the agricultural and soft commodity space.

“Many companies involved on the input side – basically [related to] the procurement of maize, soya, and other soft commodities – have been very hard-hit in the 12 to 18 months on soaring international prices,” he notes.

“With rising energy costs, fuel and distribution costs and other administrative costs, something has to give and that’s generally margin, which means that you can’t pass all the costs to the consumer. You as a company [must] become more efficient, more innovative or basically suck up some of the margin as and should your profits fall.”

Clark adds that Quantum has however benefitted from high selling prices. Revenue for its farming segment (broiler farming) was up R62 million for the year, with selling prices adjusted for higher input costs, while volumes were lower.

Read: Who eats whom

Revenue for the feeds segment also increased – by R203 million – due to the adjustment of selling prices to offset higher input costs.

“Interestingly, because of the avian influenza outbreak that this country has experienced in 2021, it has come to the rescue of certain segments of the poultry and egg industries [such as] the decimation of certain types of flocks, typically the breeding and layering flocks,” says Clark.

“There has been much less product in the marketplace to meet available demand, which basically in economic terms means if there is more demand than supply, prices generally rise … we have seen chicken prices [soar] between 15% and 20% year-on-year.”

Quantum’s business is not all grim as it also recorded some gains in its layer bird rearing business. The rearing division, which produces point-of-lay hens, performed better than in the previous year, according to the group.

“FY2020 was significantly affected by customers either cancelling or delaying point-of-lay orders,” it says. “Consequently, the group experienced substantially higher feed costs and the late transfer of birds to layer farms, which negatively impacted earnings. The disrupted depopulation of point-of-lay hens was resolved in FY2021, resulting in improved efficiencies when compared to FY2020.”

The group’s performance in other African countries was relatively positive, contributing an improved 5.9% (FY2020: 5.5%) of overall group revenue for FY2021.

The board did not declare a final dividend for FY2021.

Read: Corporate governance wins and fails, and some surprising results