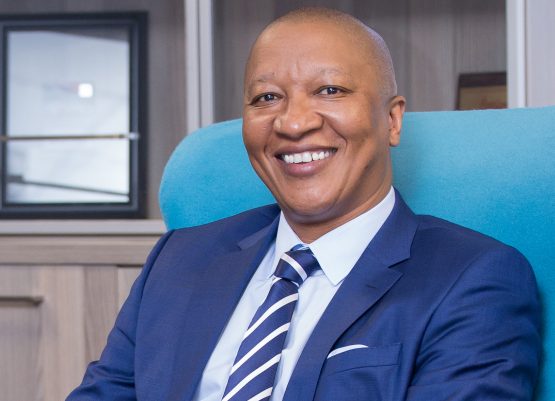 Eastern Cape- born property magnate Sisa Ngebulana has made a comeback to regain a significant share in embattled property fund Rebosis, a group he founded in 2010 and listed on the JSE in 2011.

Ngebulana this week invested R114 million in the group, through two transactions involving his Amatolo Trust.

The deals, which were initially announced in a JSE Sens statement after the market closed on Tuesday, effectively takes his shareholding in Rebosis from around 5% to 31.26%.

This means Ngebulana is back on top as the largest single shareholder in Rebosis, ahead of rival Zunaid Moti who has made a play for the group in recent months.

Moti, a Joburg car dealership tycoon, first purchased a stake in Rebosis in April and has increased his stake to around 18%. “The transactions were done off-market through the Amatolo Trust, of which Dr Ngebulana is a trustee and discretionary beneficiary,” it added.

The statement confirmed that Ngebulana is once more the largest shareholder in the company, following the transactions.

“As the largest shareholder in Rebosis, this transaction underscores my confidence in the future of the company and I remain confident that our short-term challenges will soon be overcome as we slowly but surely address current challenges one at a time, with a clear vision and strategy,” said Ngebulana, who is also CEO of Rebosis.

The group listed on the JSE on 17 May 2011 with an initial portfolio of R3.3 billion which has since grown to R14.1 billion. However, Rebosis has faced a mounting debt burden in recent years, which has contributed to a plunge in its share price.

Rebosis has become predominantly a retail-focused real estate investment trust (Reit). Its flagship regional shopping centre assets include Baywest Mall (Port Elizabeth) and Hemingways Mall (East London) in the Eastern Cape, as well as Forest Hill City in Centurion, amongst other smaller centres. The group, however, still has a commercial portfolio that is largely government tenanted.

“Despite the macro-economy and property sector facing serious headwinds in the aftermath of the Covid-19 lockdowns, our asset base has proven resilient during this time,” Ngebulana noted on Friday.

“Our office portfolio, which consists of mainly government leases, maintained its defensive nature well, and has supported our retail operations where some rental assistance was required,” he said.

“Now is a very exciting time to be involved in property, as shifting fundamentals provide both risks and opportunities. I hold the courage and conviction that our plans are on a path of success for this business,” Ngebulana added.

Maybe we should ask the meaning of the words MAGNATE and TYCOON I think they are words that are too easily used.

This company has shareholders with “interesting” characters like Zunaid Moti…a cursory google of his name reveals some good run ins with the law. Also Jira Serve trust where 80 million was looted by the likes of Siviwe Sowazi and Nkuhlulkeo Skweyiwa was reported on by moneyweb…these directors are not fit and proper to hold office

Allegations are just that ‘allegations’ not a proof of any crime. But you can’t just prevent any person, and prejudice their ability to earn an honest living based purely on ‘rumours’, ‘innuendo’, ‘speculation’, and baseless ‘suspicions’, and then cause them an adverse economic outcome.

As for Mr. Zunaid he has not been found guilty of any crime, none, zilch, nada, naught, letho, fokol! And, just fyi, there are laws in South Africa that preclude anyone charged and found guilty of a crime from exactly what you are concerned about. So, it is unfair to just refer people to alleged crimes that the law says never happened because if they did happen, the law would have taken its own course.

As for the other persons you are referring to, it is my understandign that Rebosis is actively pursuing a case against them to recover the misappropiarited funds or let them face the music.

I wouldn’t trust either major shareholder.

The one is guilty of arranging for lower rates by illegal valuation reductions and the other arranging for 33 public properties to get transferred to him.